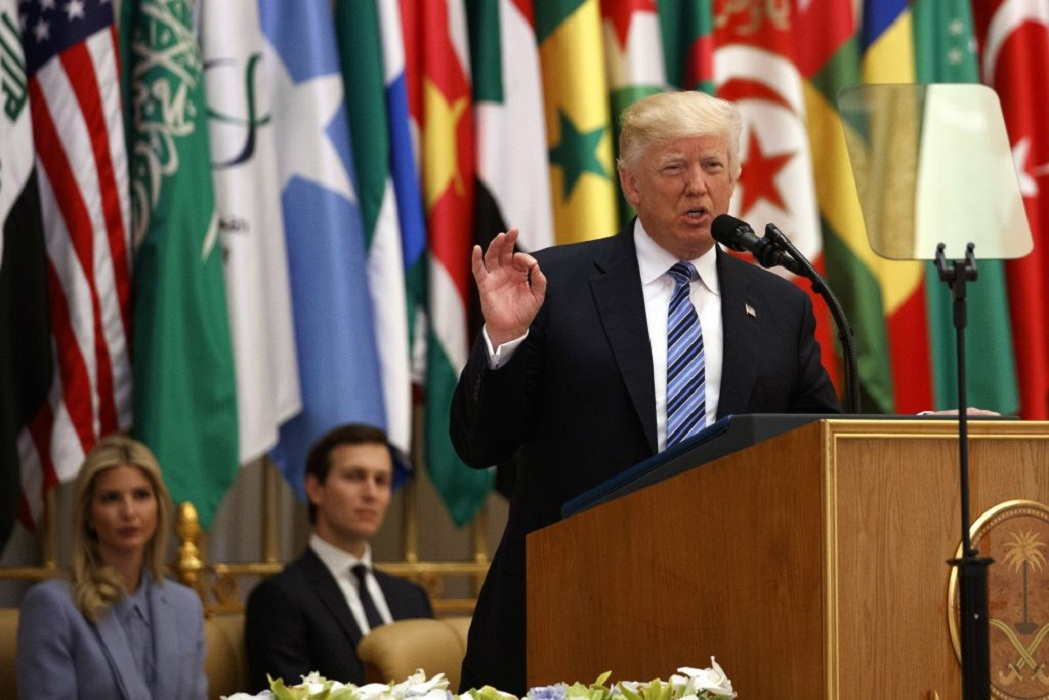 Departing from usual rhetoric, US president casts terror as “battle between good and evil”, not a fight between Islam and West

United States president Donald Trump said on Sunday that India is a victim of terrorism, asking countries to make sure that terror outfits did not find sanctuary inside their borders.

“The nations of Europe have also endured unspeakable horror, so too have nations of Africa and South America. India, Russia, China, Australia have all been victims,” Trump said during the US-Islam summit in Saudi Arabia.

Indirectly referring to Pakistan, the Republican president said, “Every nation has an absolute duty to ensure that terrorists find no quarter on their soil.” He was addressing a gathering of leaders from 50 Muslim countries during his first trip abroad.

The US president said his country had suffered many vicious terror strikes including 9/11, the Boston bombings and the Orlando attack.

Describing the fight against terrorism as a “battle between good and evil,” but not as a confrontation between the West and Islam, Trump appealed to his audience to “drive out the terrorists. Drive out the extremists… drive them out of this Earth”.

Arguing that “95 per cent of the victims of terrorist attacks are themselves Muslims”, he made a case for the Middle-eastern countries to take on a greater role in tackling the issue of Islamist extremism. “We must be united to conquer extremism… young Muslim boys and girls should be able to grow up without fear,” Trump said.