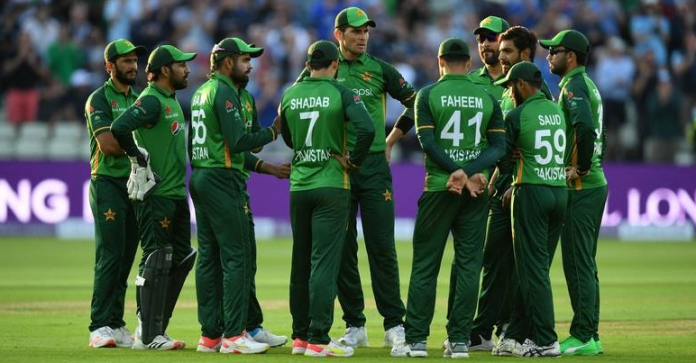 Pakistan has announced its squad against arch-rival India a day before the high-voltage match on Sunday, October 24. Skipper Babar Azam announced the 12-member squad in a press conference.

The squad includes Mohammad Hafeez and veteran Shoaib Malik. The inclusion of Malik and Hafeez provides a balance of youth and experience to the team. Malik has been the most impactful T20 batter for Pakistan over the years. The 39-year-old has played more than 100 T20s. Barring the IPL, Malik plays in almost every other T20 league in the world.

The team announced, however, doesn’t include 2017 Champions Trophy-winning captain Sarfaraz Ahmed, who was brought in at the very last moment. Ahmed has not been a regular part of the team since the 2019 Cricket World Cup.

Pakistan has built a team with 5 specialist batters and 4 all-rounders to round of their batting lineup. With 3 seamers and 4 spinners, the Pakistan team has 7 available bowlers against India in the shortest format.

Indias skipper Virat Kohli has kept mum on revealing his playing 11 against Pakistan. Kohli said the team has a perfect balance that he feels covers all the bases properly. Kohli also underlined the importance and heft Hardik Pandya lends to the team and hinted that he will feature in the 11 even if he can’t bowl at the T20I World Cup. He said Hardik Pandya’s replacement can’t manifest overnight.

Kohli said he wanted Hardik Pandya in the team since he was getting good at bowling two overs or so at a particular point in the game, hinting at his deployment in crunch situations.

India last played Pakistan in June 2019 at a World Cup match in Old Trafford, England, which India won by Duckworth-Lewis. Cricketing ties between the two neighbours have been eclipsed following the repealing of Article 370 of the Indian Constitution which had accorded special status to Jammu and Kashmir. They do play in ICC events, like they will on Sunday in Dubai.

India will take on Pakistan for the 6th time in a T20 World Cup match tomorrow night. India has won all the 5 previous matches.