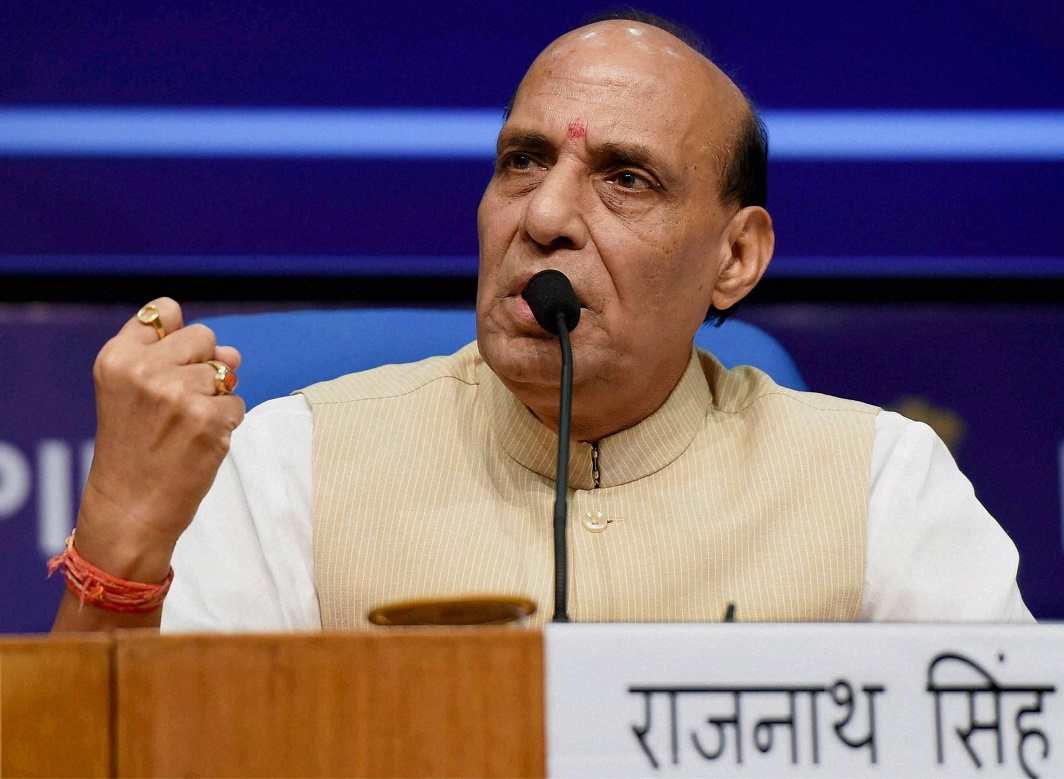 Union Home Minister Rajnath Singh has said that India will strike back at Pakistan in response to the killing and mutilation of two soldiers by Pakistani troops recently.

Speaking at Samvaad, organised by India  TV, on Monday evening, Singh said, “The surgical strike took 10-15 days of preparations. Please do not presume that nothing is happening. I can say this much for now that we will not allow our countrymen to hang their heads in shame.” He added, “It’s not like we do not feel the pain and we will not let that pain stay for long.”

Responding to a question on resuming talks with Pakistan, the Home Minister said that if such a proposal comes from Pakistan, India will consider. He added that Pakistan had betrayed us on many occasions. He emphasised that Pakistan’s civilian government and army differ on important issues. He asserted that terrorism is Pakistan’s state policy and they cannot even differentiate between freedom fighters and terrorists.

While replying to a question on the deteriorating situation in Kashmir, Singh said TV channels were giving the impression as if stone pelting is happening across Jammu and Kashmir when it is happening only a few spots. He asserted that there are nationalists in Kashmir too. He said a wrong perception should not be created based on a few incidents.

He hailed Lieutenant Umer Fayaz as a role model for Kashmir youth and added that there is grief for him in Kashmir.