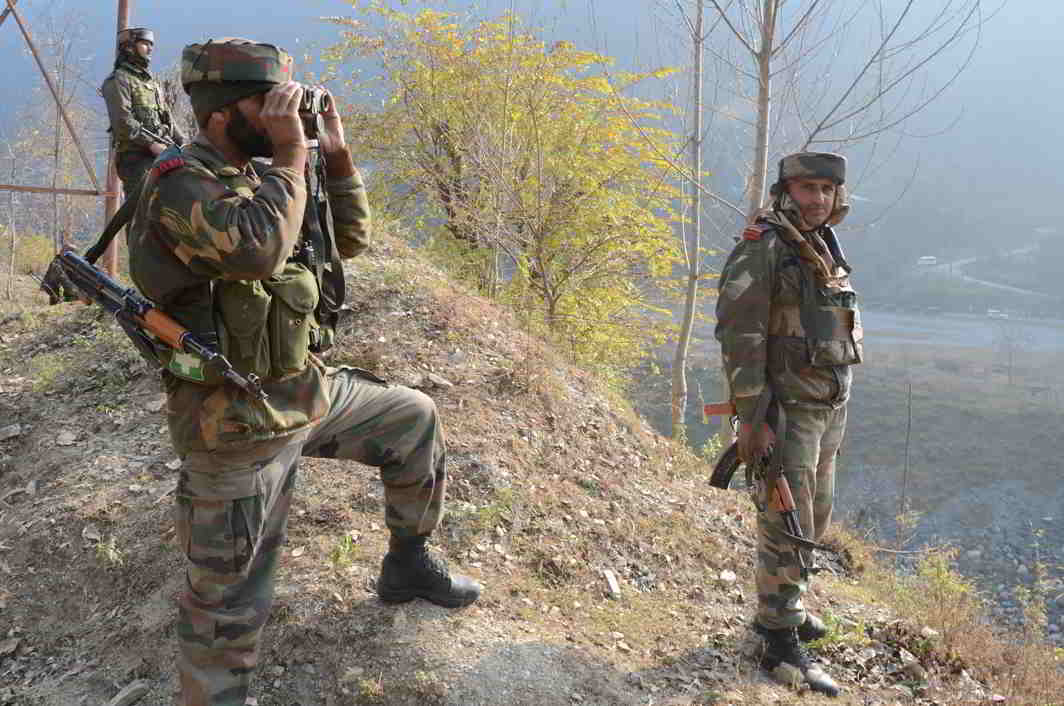 The exchange of fire – which continued throughout the night – claimed the life of the civilian, who was hit by a bullet near the site of the encounter.

In the continuing crackdown against terror in the Kashmir, the armed forces on Tuesday neutralized two Jaish-e-Mohammad militants in an encounter in the Batmurran village in Shopian district. However, one civilian, identified as Beauty Jan, also lost her life.

Reportedly, gunfight broke out in the wee hours of Tuesday between armed force personnel and the militants after the Indian Army and the Police – following a tip off about the presence of three militants – launched a joint operation at Batmurran village close to Kellar in Shopian district of South Kashmir. The exchange of fire – which continued throughout the night – claimed the life of the civilian, who was hit by a bullet near the site of the encounter. The victim succumbed to her injuries on the way to the hospital.

According to local sources, protests broke out in the area and reportedly infuriated protestors tried to get near the encounter site to provide free passage to the militants.

Deputy Inspector General of Police, South Kashmir, SP Pani said, “Of the two killed terrorists one is a foreign terrorist and the other a local of Jaish militant outfit.” Confirming the death of the civilian, he said, “We request people not to come out as the area is still not cleared.”

Earlier on December 11, another woman was killed while armed forces in the valley killed three other militants in an encounter at Unisoo village in Handwara sector of North Kashmir.

“With today’s killing of a civilian in Batmurran, Shopian the number of civilians killed in Kashmir in 2017 has reached 60. This after the 100+ killed in 2016. For all the claims and rhetoric of reconciliation, this is a stark, sad reality,” tweeted National Conference spokesman, Junaid Azim Mattu.

Earlier in September, Lashkar-e-Taiba commander, Abu Ismail was killed by security forces in Aribagh area of Nowgam. The 26-year old Pakistani national, who is a key player behind the Amarnath Yatra attack, had infiltrated into India about two years ago. Reportedly, Ismail was recently put in charge of LeT’s terror operations in the Kashmir valley.

In another major encounter in recent days, two Hizbul Mujahideen terrorists have been gunned down at Khudwani in Kulgam district of Jammu and Kashmir. Reportedly, following an intense gunfight which broke out early on 4th September, armed forces have also arrested an over ground worker (OGW) belonging to the same terrorist outfit.