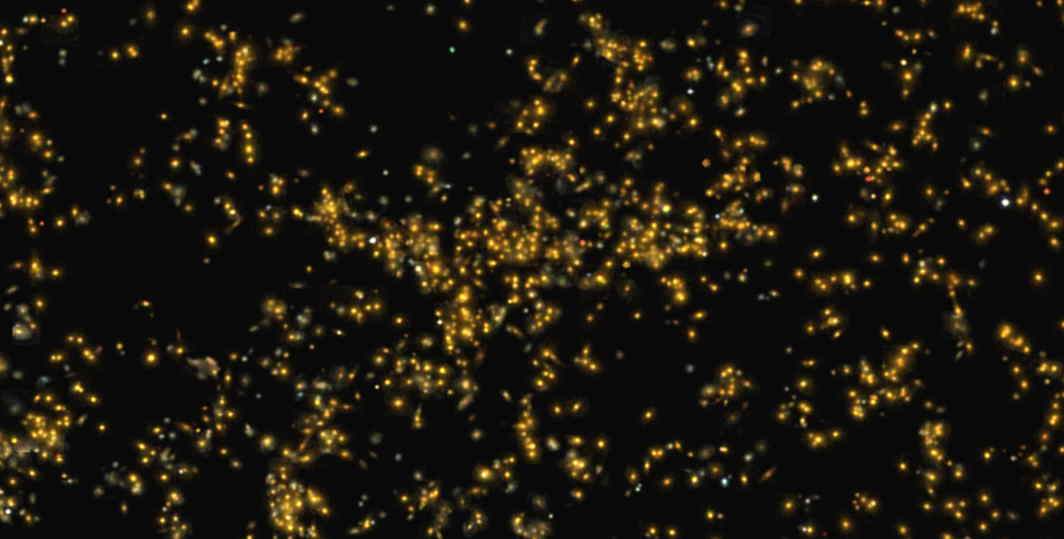 A team of Indian astronomers have identified an extremely large supercluster of galaxies and have named it Saraswati.

This previously unknown, extremely large supercluster of galaxies, was discovered by a team of astronomers from the Inter University Centre for Astronomy & Astrophysics (IUCAA), and Indian Institute of Science Education and Research (IISER), both in Pune, India, and members of two other Indian universities. The team was led by Joydeep Bagchi from IUCAA, while others included Shishir Sankhyayan, a PhD student at IISER, Pratik Dabhade, an IUCAA research fellow, Joe Jacob of the Newman College, Kerala, and Prakash Sarkar of the National Institute of Technology, Jamshedpur.

The discovery comes close on the heels of another, reported on July 1, of “a large sample of giant radio galaxies” by the same institution. A six-member team of Indian astronomers led by Pratik Dabhade from IUCAA had reported the discovery of 25 extremely rare kind of galaxies called giant radio galaxies (GRGs), known to be the largest known galaxies in the universe. Bagchi was also part of the team.

Saraswati supercluster, located in the direction of constellation Pisces, is one of the largest known structures in the nearby Universe, and is at a distance of 4,000 million (400 crore) light-years away from us. Our own galaxy is part of a Supercluster called the Laniakea Supercluster, announced in 2014 by Brent Tully at the University of Hawaii and collaborators.

Superclusters are the largest coherent structures in the Cosmic Web. A Supercluster is a chain of galaxies and galaxy clusters, bound by gravity, often stretching to several hundred times the size of clusters of galaxies, consisting of tens of thousands of galaxies. The newly discovered ‘Saraswati’ supercluster, for instance, extends over a scale of 600 million light-years and may contain the mass equivalent of over 20 million billion suns. \

The Saraswati supercluster has a total of 43 clusters of galaxies. The typical size of a galaxy here is around 250,000 light years.

In a press statement, Joydeep Bagchi from IUCAA, the lead author of the paper and co-author Shishir Sankhyayan (PhD scholar at IISER, Pune) said, “We were very surprised to spot this giant wall-like supercluster of galaxies, visible in a large spectroscopic survey of distant galaxies, known as the Sloan Digital Sky Survey (see figure above). This supercluster is clearly embedded in a large network of cosmic filaments traced by clusters and large voids.”

Previously only a few comparatively large superclusters have been reported, for example the ‘Shapley Concentration’ or the ‘Sloan Great Wall’ in the nearby universe, while the ‘Saraswati’ supercluster is far more distant one. “Our work will help to shed light on the perplexing question; how such extreme large scale, prominent matter-density enhancements had formed billions of years in the past when the mysterious Dark Energy had just started to dominate structure formation,” said Bagchi.

“Saraswati” (or “Sarasvati”), a word that has proto-Indo-European roots, is a name found in ancient Indian texts to refer to the major river around which the people of the ancient Indian civilization lived. It is also the name of the celestial goddess who is the keeper of the celestial rivers. In modern India, Saraswati is worshipped as the goddess of knowledge, music, art, wisdom and nature – the muse of all creativity.

Their finding will be published in the latest issue of The Astrophysical Journal, one of the premier research journals of the American Astronomical Society.