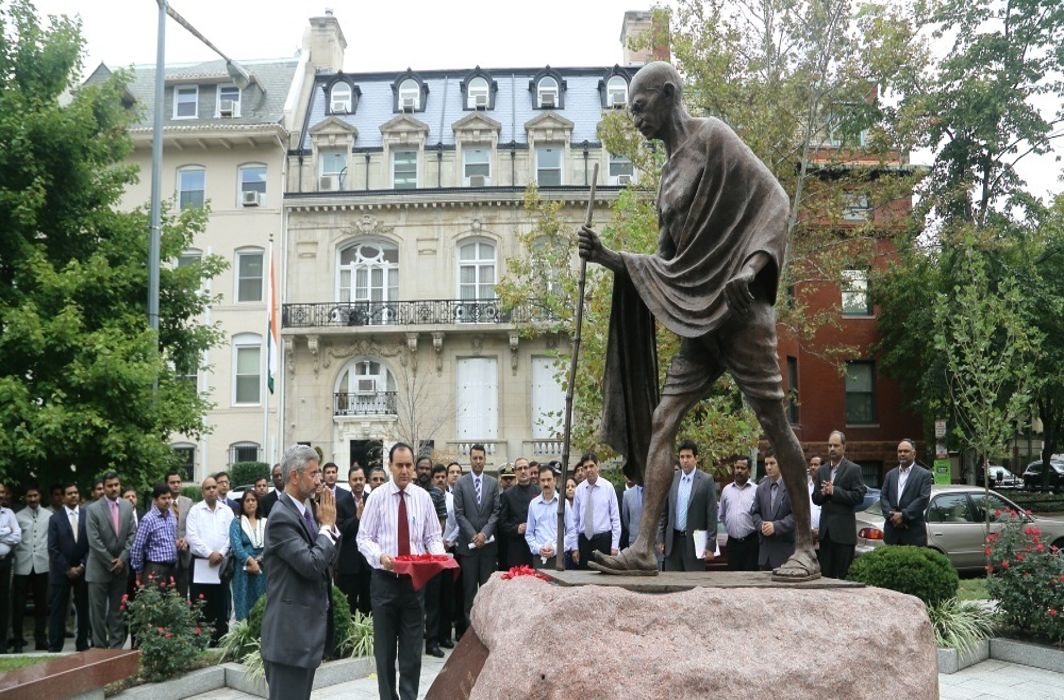 US alleges call centers in India for similar frauds

In a rare incident of cheating, Indians living in US were being harassed by fraudsters calling on behalf of Indian Embassy in Washington by spoofing mission’s telephone lines to shell money for various consular services.

This was announced by the Indian Embassy in US through an official advisory, on Monday, saying that its telephone lines have been spoofed by fraudsters to cheat people for money. It was informed to the host government as well as at the headquarters of Ministry of External Affairs in New Delhi.

According to the reports received here, some of the Indian nationals living in the US brought to the notice of the Embassy officials that some fraudsters were spoofing telephone lines of the mission for cheating people. Some of these calls are shown as being from the Embassy telephone numbers while others simply use Embassy identity.

Following the receipt of the complaint from people who received the fraudsters’ phone calls, the Indian Embassy has started collecting information from the public, including details of the Western Union account number or bank account details where the money was transferred.

The advisory published on the official website of the Indian Embassy said that none of its officials make any telephone calls seeking personal information from any Indian or foreign nationals. In case any additional documentation is required from an existing applicant, it is sought only through emails originating from the official domain. 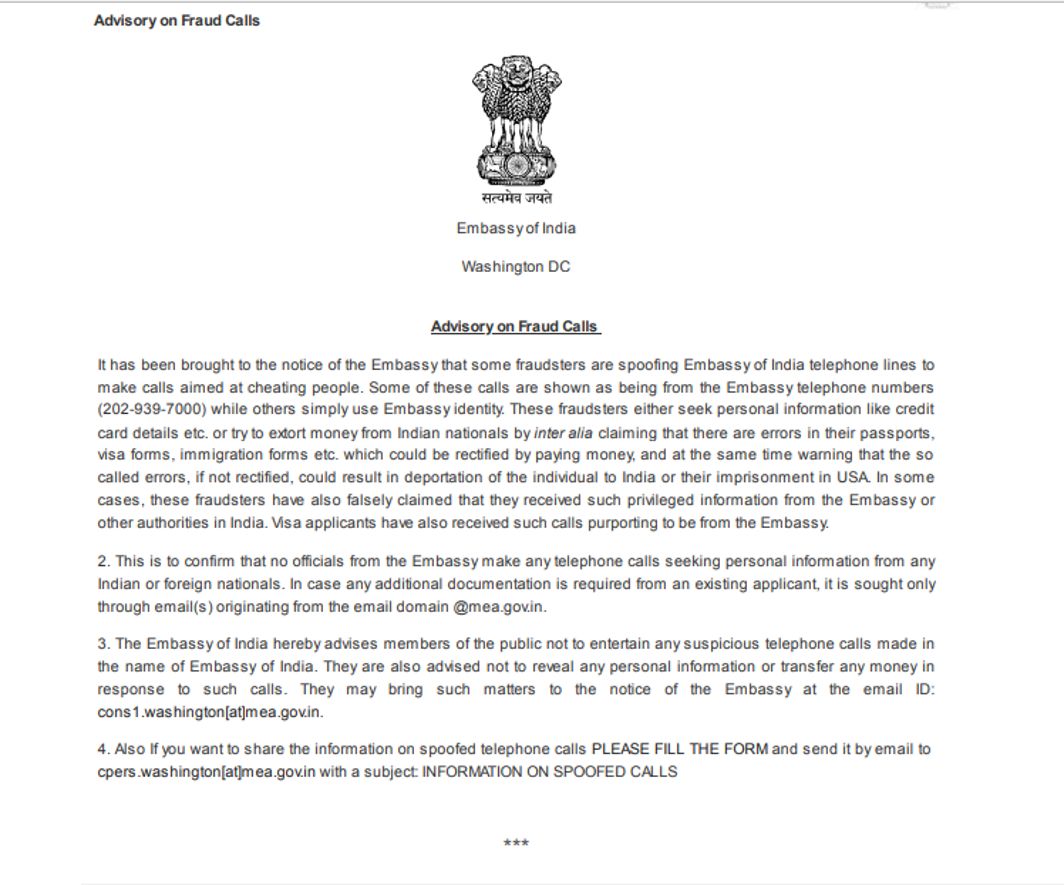 A report quoting sources among US government officials said that they have received similar complaints from other diplomatic missions as well earlier in particular those from the European nations.

The US officials have further said that spoofing technology is easily available and it is tough to get to the origin of such phone calls. They claimed that American nationals have been frequent victims of such phone calls originating from call centers in India – on behalf of the US Internal Revenue Service.

He said that Indian authorities have arrested scores of people making such fraud calls in several joint operations during last one year.