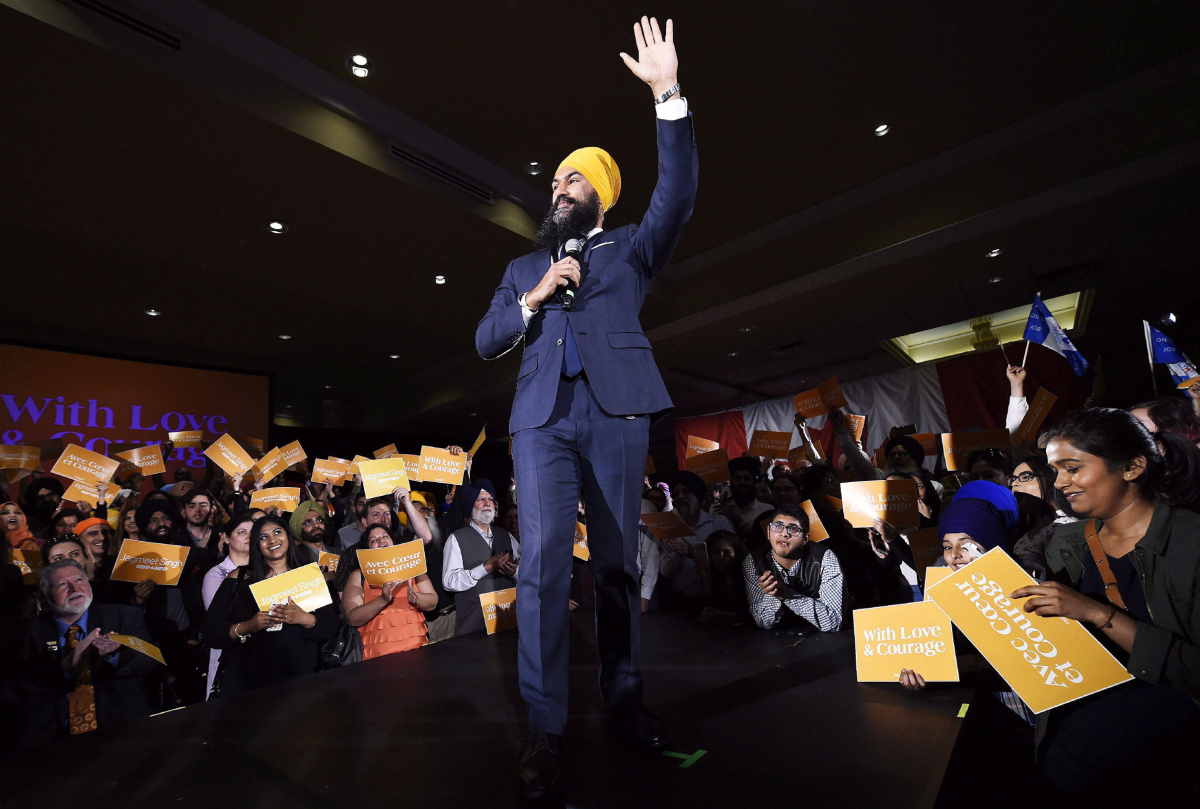 Jagmeet Singh, a 38-year-old lawyer and practising Sikh, was elected on Sunday to lead Canada’s left-leaning New Democrats, becoming the first non-white politician to head a major political party there.

The Ontario provincial lawmaker, whose penchant for colorful turbans and tailor-made three-piece suits made him a social media star, was elected on the first ballot to lead the New Democratic Party (NDP) into the 2019 federal election against Prime Minister Justin Trudeau’s Liberals.

With his election as leader of the NDP – the third largest political outfit in the Canada’s federal parliament – Singh also announced that he was now firmly in the running for the post of the country’s Prime Minister. This would now pit him against the vastly popular 45-year-old Canadian Prime Minister Justin Trudeau and his Liberal Party in the 2019 elections

Alongside such an incredible @NDP caucus, I'm excited to continue the work of getting us ready for 2019 - we're organizing to win #Cdnpoli

That’s why today, I’m officially launching my campaign to be the next Prime Minister of Canada. #LoveAndCourage

Singh secured 54 per cent of the vote, defeating three rivals to become the new head of the NDP, succeeding Thomas Mulcair. The results of the vote – conducted online and by mail – were announced at a party meeting in Toronto.

Trudeau congratulated his new political rival on Twitter soon after the results of the NDP leadership poll was announced.

Congratulations @theJagmeetSingh – I look forward to speaking soon and working together for Canadians.

Singh, a Toronto-area politician led in his fundraising attempts since joining the NDP leadership race in May. He had been hailed by his supporters as someone who could bring new life to the party, which has struggled since the death of charismatic former leader Jack Layton in 2011 and currently has only 44 of the Canadian Parliament’s 338 seats.

Singh’s profile was boosted in early September after a video went viral showing him calmly responding with words of love to a heckler who interrupted a campaign event to accuse him of wanting to impose Shariah law in Canada.

Christopher Cochrane, a professor of political science at the University of Toronto, said: “His skill, in being able to defuse the situation, understandably appealed to a lot of people who ended up supporting him.”

Cochrane added that Singh’s ability to connect both with young people and those in ethnic minorities would make him a “force to reckon with” when competing against Trudeau in 2019.

Singh’s political task is now cut out for him. His party lags far behind Trudeau’s Liberals and the right-leaning Conservatives in political fundraising. As NDP leader, Singh will now have to focus on rallying supporters and targeting center-left voters who helped propel Trudeau’s Liberals to a decisive victory in 2015.

Singh does not have a seat in the federal parliament and, as per Canadian electoral rules, will have to win one in a special election. He also needs to persuade voters that his party can form a government, although the NDP has never held power federally. There are also questions over whether he will have success in Quebec, Canada’s mainly French-speaking province, where overt signs of faith are frowned upon and Singh is not just a non-white but with his turban also proudly flaunts his Sikh roots.

(With inputs from The Guardian)