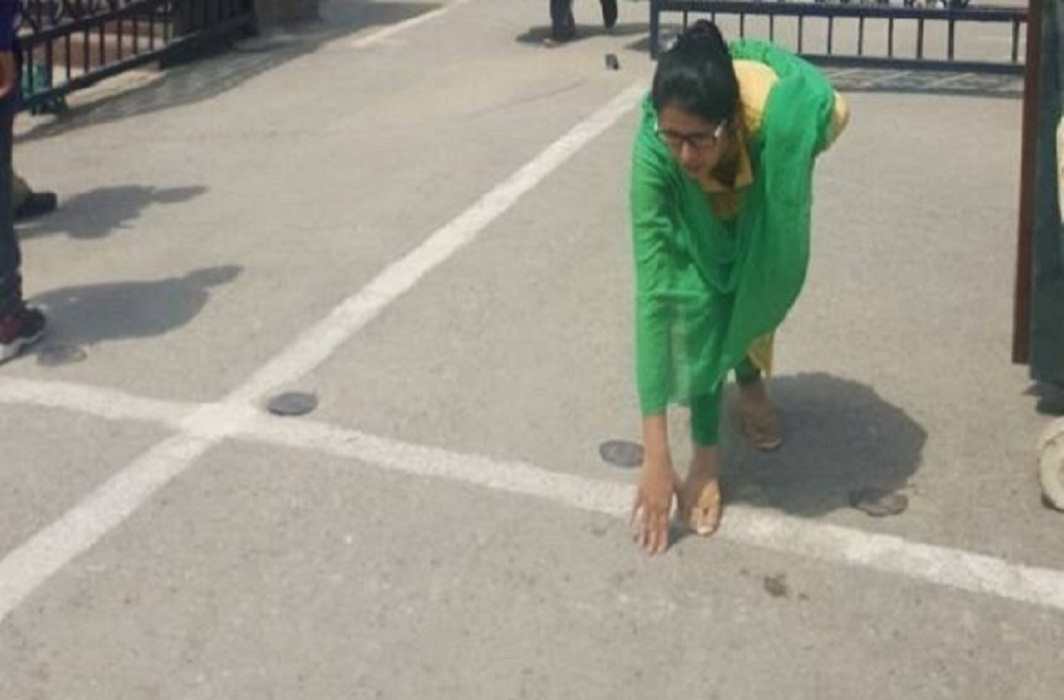 Kicker: Uzma visited Pakistan earlier this month on vacation and Tahir Ali, whom she met in Malaysia forced her into marrying him in Pakistan on May 3.

The Indian woman who claimed that she was forced to marry a Pakistani man at gun point returned to India on Thursday morning, after Islamabad High Court granted her deportation. Uzma, came back via Wagah border with Indian High Commission officials.

External Affairs Minister Sushma Swaraj welcomed Uzma through her tweet. She said, “Welcome home India’s daughter. I am sorry for all that you have gone through.”

Pakistani security officials escorted her till Wagah border and when Indian officials debriefed her for a small time after she crossed.

According to her family, Uzma visited Pakistan earlier this month on vacation and Tahir Ali, whom she met in Malaysia forced her into marrying him in Pakistan on May 3.

Uzma had appealed before a Pakistan court that Tahir Ali married her at gunpoint and had harassed her. He had taken away her travel papers forcing her to stay in Pakistan.

Appealing in the court to leave for India, she said that she had been “terribly beaten… tortured physically and mentally and forced to sign the nikahnama”.

Ali rejected all reports and said, she is still my wife. Neither she has asked for divorce nor I have divorced her.”

Islamabad High Court on Wednesday ruled in her favour and gave back all her documents which was taken away by Ali following the court’s order to submit them.