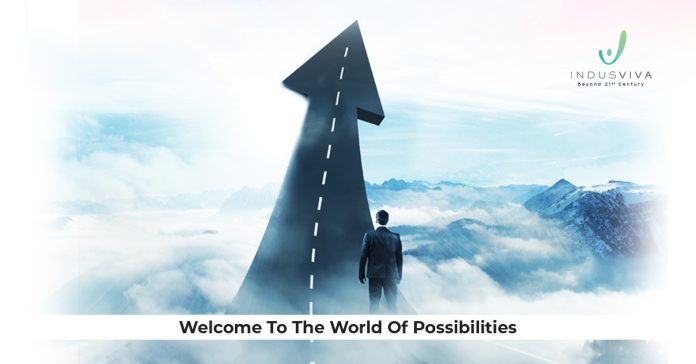 After the months-long struggle, finally, on 26th July 2021, the Hon’ble High Court of Telangana passed an order on the writ petition filed by the organization, IA Nos, 1,2,4 & 6 OF 2021INWP NO: 5877 OF 2021, to defreeze all the bank accounts and not interfere with the organization’s day-to-day operations.

What is IndusViva, and what do they do?

IndusViva is a direct selling company incorporated in 2014 as per the Indian Companies Act 2013, having direct selling as its subject clause. They manufacture and sell world-class ayurvedic health promoter products under the licence of the Department of Ayush. They had a total turnover of around INR 1450 crores in 7 years, out of which nearly half was paid to the direct sellers as commission for selling the products and nearly 200 crores to the Central and State Govt. as various taxes like GST, Income Tax, TDS etc. Products are sold through a direct selling/multi-level marketing model, one of the most controversial and misunderstood industries. But why?

What is the reason behind misinterpretation, misconception and misapprehension?

Studies have proved that it is primarily misunderstood with Pyramid Scheme/Money Chain. For this very reason, the organization mentioned above, IndusViva Healthsciences Pvt. Ltd., headquartered in Bangalore, was put under the radar, and 24 people were put behind bars. The Economic Offence Wing of Cyberabad, Telangana, took this stern action after receiving a complaint of INR 12,500 from a person which was refunded and settled one year back as stated by the organization. 2 more FIRS lodged, bank accounts frozen, daily operations paused, police conducted a press meet and publicly announced that IndusViva is involved in money circulation scheme which damaged the reputation of 7 years. Still, the organization kept fighting for existence with all legal documents.

Direct Selling has been defined in the Consumer Protection Act 2019, as a direct selling entity means an entity not engaged in a pyramid scheme and/or money circulation scheme, which also sells or offers to sell goods or services through direct sellers

According to Clause 1 sub-clause 11:

The entity, that consists of subscribers enrolling one or more subscribers in order to receive any benefit, directly or indirectly, where the benefit is a result of sale of goods or services by subscribers and the scheme/financial arrangement complies to all the conditions, (c) money circulation scheme” means a scheme, by whatever name called, for the making of quick or easy money, or the receipt of any money or valuable thing as the consideration for a promise to pay money, on any event or contingency relative or applicable to the enrolment of members into the scheme, whether or not such money or thing is derived from the entrance money of the members of such scheme or periodical subscriptions; Still, the question remains, what went wrong? Because it’s not just with Indus Viva, but multiple other organizations, specifically in the state of Telangana.

Reports say that there is no firm policy or governing environment for direct selling in India. Due to the absence of detailed guidelines, certain efficient features of direct selling businesses get covered under the wide-ranging prevailing laws that lead to definitional uncertainty.

Telangana Government has come out with strategies regulating the business of direct selling. The ‘Telangana Direct Selling Guidelines Order 2017’ adopts the Central Guidelines and provides precision for the direct selling industry. Apart from incorporating a solid consumer protection mechanism, the guidelines have provisions for appeal and amendment to be supervised by delegated authorities.

Under the Central Government of India, the Department of Consumer Affairs had issued the Direct Selling Guidelines in 2016 to utilize as a model framework on guiding principles for state governments to consider regulating Direct Selling/ Multi-level Marketing. It has directed the state governments to adopt the Guidelines to strengthen the existing regulatory mechanisms on Direct Selling and Multi-Level-Marketing to prevent frauds and protect consumers’ legitimate rights and interests.

Even after following guidelines, many organizations like IndusViva lose their business while struggling to prove their validity. According to a source, more than 18 million people all over the country were involved in direct selling in 2014, when IndusViva came into being, an increase of 8.3% over 2013. It proves that this business can eradicate employment issues all over.

As per Hindu tradition, gold investment on the occasion of Diwali and Dhanteras is considered auspicious. The demand for physical gold jumps...
Read more
Load more