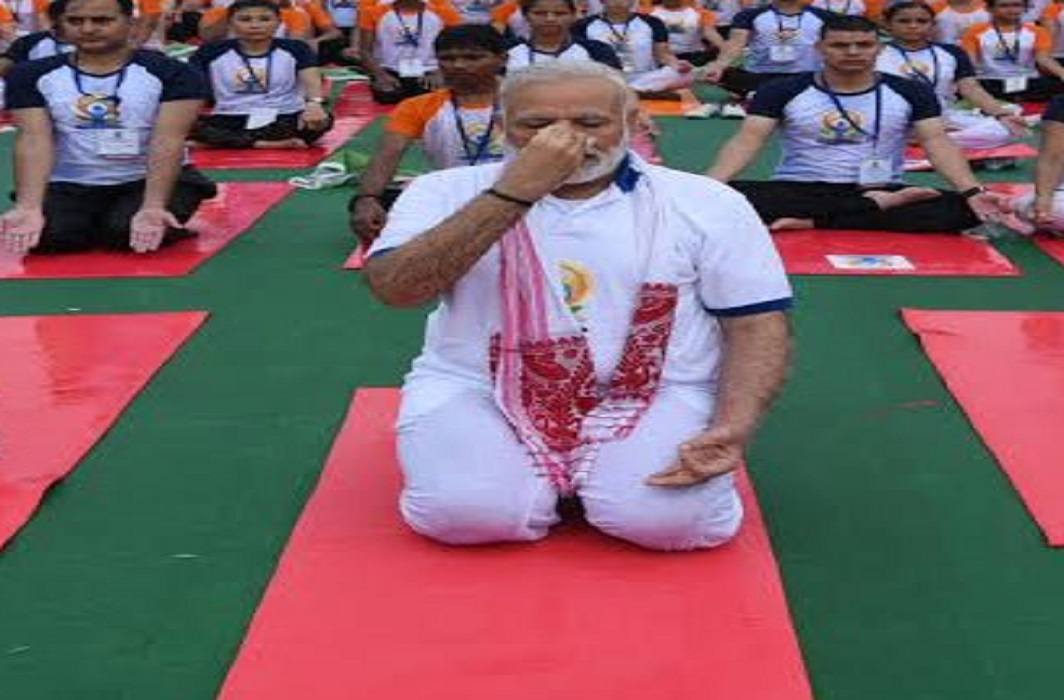 Summer solstice, observed as the International Yoga Day, an achievement Prime Minister Narendra Modi can lay claim to, saw millions come out to practice yoga in different parts of the country – from the beaches to the high Himalayan ranges. Prime Minister Narendra Modi himself chose to celebrate the day in Lucknow with over 55,000-strong gathering at Ramabai Ambedkar Maidan.

Before getting down to doing the asanas, Modi took the opportunity to address the people to stress upon the need for Yoga and its growing popularity outside India.

The PM pointed out the benefits of practicing yoga which has helped in bringing the whole world together. “Yoga’s immense popularity outside India is high and has connected the world with India. Young people have accepted yoga as a profession. In countries across the world, there is a new market being created around yoga as the demand for yoga teachers is also increasing,” he added.

“Many countries which do not know our language, tradition, or culture, are now connecting to India through yoga. The practice, which connects body, mind and soul, has played a big role in binding the world too,” Modi said on the relevance of the event being celebrated around the world.

The PM urged all to make yoga a daily practice and rebutted the popular belief that yoga was meant for saints and people who have chosen the path of salvation. “Now, it has become part of every person’s life, In addition to fitness, wellness is important. Yoga is a medium to achieve wellness,” he added.

After delivering the address, PM Modi performed Yoga with the thousands of people gathered at Ramabai Ambedkar Maidan.