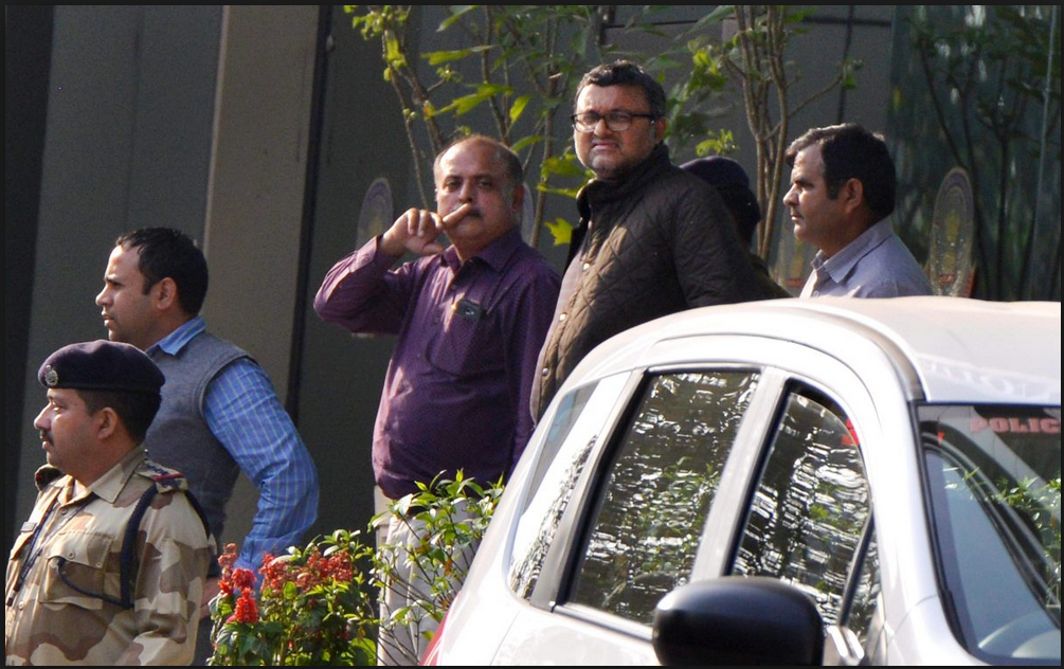 The court also dismissed his plea to provide him a separate cell in the national capital’s Tihar Jail.

Karti’s counsel had pleaded for a separate cell claiming there is a threat to his client’s life in Tihar Jail as the prison is populated by several terrorists and hardened criminals who had been convicted following investigations by various central agencies when P Chidambaram was the Union home minister.

The court also dismissed Karti’s appeal for an urgent hearing on his bail plea. Karti’s lawyers have moved the Delhi High Court with a similar appeal.

Karti was produced before special judge Sunil Rana in Patiala House Court on Monday upon the expiry of his three-day police remand. The CBI, in whose custody he was quizzed continuously for 12 days since his arrest on February 28 from Chennai, said he was no longer required for further custodial interrogation.

“In view of the fact that no more police custody remand of accused is sought by CBI, accused Karti Chidambaram is remanded to judicial custody. He is to be produced (before the court) on March 24,” the special judge said.

The court, while declining Karti’s plea for a separate cell in the jail, said the social status of the Chidambaram family cannot be ignored but he cannot be treated differently from the other accused persons.

The court noted the submission of Karti’s counsel that he was the son of former union finance and home minister P Chidambaram, currently a member of Rajya Sabha who had dealt with various stringent penal laws such as TADA, MCOCA, UAPA and NDPS. It also noted the submission that various undertrials facing prosecution under these laws are lodged in Tihar Jail, where Karti will also be lodged in judicial custody and hence a grave threat to the safety and security of the accused in judicial custody was apprehended.

“The apprehension raised by the senior counsel for accused cannot be ignored keeping in view the social status of accused and his family, more specifically, his father, who is a former union minister. However, only keeping in view the fact of social status of accused and his father, he cannot be treated different from other accused persons and cannot be allowed to be kept in separate prison. However, lock up in-charge and jail superintendent are directed to provide and ensure proper security and safety to accused during judicial custody, as per rules,” judge Rana said.

The court allowed Karti to carry spectacles and medicines as per prescription subject to examination and approval by the jail doctor, but denied his request to carry toiletries, books, clothes and receive home-cooked food within the jail premises.

Judge Rana, however, said that Karti’s bail plea already filed with the court will be heard on March 15 as scheduled.

Meanwhile, Karti’s chartered accountant S Bhaskararaman, who is currently in jail in a case filed by the Enforcement Directorate (ED), has moved the court for anticipatory bail in the CBI case of INX Media.

Karti was arrested on his return from the United Kingdom in connection with the FIR lodged on May 15 last year. It alleged irregularities in the Foreign Investment Promotion Board (FIPB) clearance to INX Media for receiving overseas funds of about Rs 305 crore in 2007 when his father was Union finance minister.

The CBI had initially alleged that Karti Chidambaram received Rs 10 lakh as bribe for facilitating Foreign Investment Promotion Board (FIPB) clearance to INX Media. It, however, later revised the figure to USD 1 million (about Rs 6.50 crore at the current exchange rate and Rs 4.50 crore in 2007).

The fresh evidence in the case, which triggered Karti’s arrest, was based on the statement of Indrani Mukerjea, former director of INX Media (P) Ltd who had recorded it under section 164 of the CrPC before a magistrate on February 17.