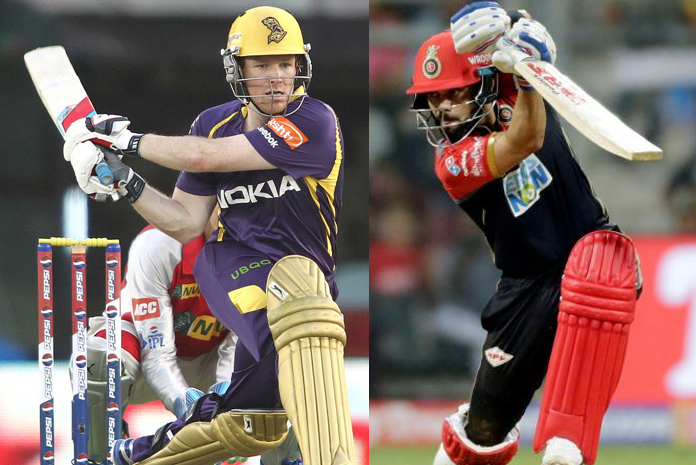 Kolkata Knight Riders on Wednesday will take on Royal Challengers Bangalore at Sheikh Zayed Stadium in Abu Dhabi. Both the teams will be going into the match with high-confidence having registered a victory in their previous outing. While Virat Kohli’s boys beat Rajasthan Royals in their last match, KKR got the better of Sunrisers Hyderabad.

Kolkata, who were struggling earlier, made a change in their strategy in the previous match. Under the leadership of new captain Eoin Morgan, they decided to rely on pacers instead of spinners which made all the difference. KKR is in the top half of the table and would not want to lose the momentum from here as the playoffs inch closer. All eyes will on Lockie Ferguson whose late inclusion has turned the tables for the Knight Riders

RCB have been in good touch throughout the tournament. The way they made a comeback on the back of a fantastic inning by AB de Villiers would give them a lot of confidence as the South African is capable of changing the complexion of the game at any point. RCB would now try to gain two more points to be able to finish in the top two of the points table.

Take a look at the squads!