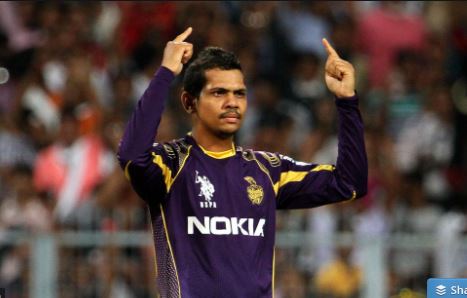 Just a day after Kolkata Knight Riders registered a two-run thrilling win over Kings XI Punjab (KXIP), their mystery spinner Sunil Narine has been suspected for his illegal bowling action. Media release of the Indian Premier League 2020 said Sunil Narine was reported for suspected Illegal bowling action by the umpires after the match against Kings XI Punjab at Abu Dhabi.

IPL report further added that Sunil Narine’ name has been put on the warning list and he will be allowed to bowl in further matches. Narine’s action was reported by the on-field umpires Ulhas Gandhe and Chris Gaffaney. In another report by the BCCI Suspect Bowling Action Committee, Narine is being suspended from bowling until his action is cleared by the committee.

This is not the first time that Sunil Narine’s bowling action has come under scanner. Earlier, his bowling action was reported by the umpires in Champions League 2014. Following which, he was ruled out from the 2015 World Cup. After facing the radar multiple times for his illegal bowling action, Narine sharpened his batting skills.

KKR won the toss and chose to bat first against King XI Punjab on Saturday. KKR skipper Dinesh Karthik pushed the team to a big total of 164. Chasing KKR’s 164 runs, the King XI Punjab started their innings on a good note as both of their openers KL Rahul and Mayank Agrawal went on to score fifties. After dismissing Nicholas Pooran in the 18th over, Narine gave away only one run in the next four deliveries when Punjab needed 20 runs in last two overs.

KL Rahul was still on the crease but was dismissed by Prasidh Krishna who only conceded six runs in the 19th over of the game. Narine had to defend 14 runs in the last over and he gave away only 12 guiding his team to an exciting victory.