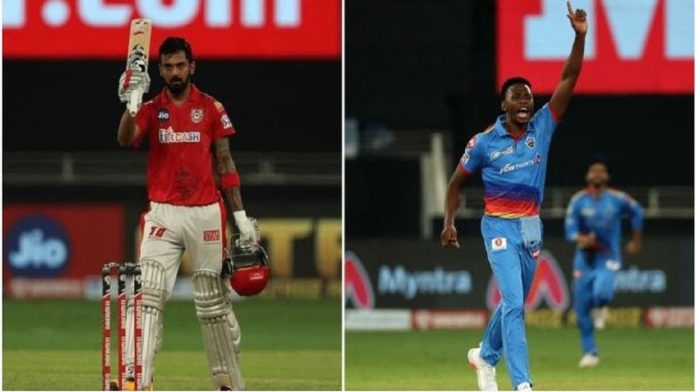 The IPL match played last night was very special for Kings XI Punjab. On Tuesday, they defeated table topper Delhi Capitals by five wickets and moved into the fifth position on the points table. They bounced back nicely after looking down and out in the first seven matches.

Now, they have been able to record the wins over the top three sides of IPL 2020 Delhi Capitals, Mumbai Indians and Royal Challengers Bangalore. With four wins recorded from 10 matches played by them, they need to be at their best in their remaining matches to get position into the playoffs.

Despite last night’s defeat, Delhi Capitals continue to lead the points table owing to their seven wins from 10 matches with a healthy NRR of +0.774.

Mumbai Indians remain in the second position in the IPL 2020 points table with six wins from the nine matches with a healthy NRR of +1.201.

KKR are fourth on the points table with ten points from nine matches after a win over Sunrisers Hyderabad on Sunday.

KXIP captain KL Rahul continued to lead the runs chart. He holds the Orange Cap of IPL 2020 so far with 540 runs. Shikhar Dhawan is second after registering his 2nd century in a match against KXIP. Now, he has scored 465 runs with an average of 66.42.

Next to Shikhar Dhawan is Mayank Agarwal with 398 at third, followed by Faf du Plesis with 375 runs at the fourth position. RCB captain Virat Kohli is at the fifth position.

Kagiso Rabada has been the top-performing bowler in IPL 2020 so far and has the possession of the purple cap. Mohammad Shami is second in the list who has taken his wickets tally to 16. Jaspreet Bumrah is in third place with 15 wickets. No. 4 and 5 are Rajasthan Royals’ Jofra Archer and RCB’s Yuzvendra Chahal with 13 wickets each.