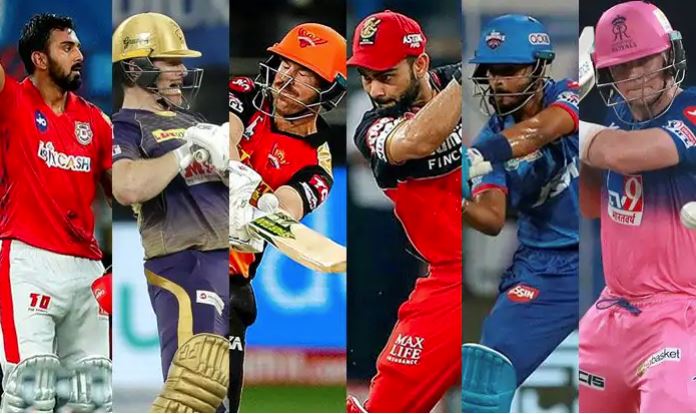 Chennai Super Kings’ last-ball win over Kolkata Knight Riders on Thursday and Rajastha Royals dominating five-wicket win over Kings XI Punjab on Saturday has not only brightened their chances but also given hopes to other teams. These last two wins opened up the points table.

IPL is about to end next week but the teams are not yet sealed playoff berths. Only six matches of the Indian Premier League 2020 are remaining but race between the six IPL teams for three spots is not over yet. Mumbai is the only team who has confirmed their playoff berth.

Royal Challengers Bangalore– with 14 points from 12 matches, the team is occupying second spot in the IPL 2020 points table. RCB will next play against Sunrisers and Delhi Capitals. RCB needs only one wins from their next 2 games to qualify for the play-offs. RCB can qualify for the top 4 even without registering a win but it will have to depend on net run rate.

Delhi Capitals– with 14 points from 12 matches, the team is lying on third spot in IPL 2020 points table. Capitals will next face Mumbai and RCB. Capitals need one more win to confirm their playoff berth.

Kings XI Punjab – with 12 points from 13 matches, Pujab is on third spot of IPL 2020 points table. The team will next face CSK. The team has the second best net run rate among the bottom 5 teams. Punjab need a big win in their next match and hope KKR, Rajasthan Royals and SRH don’t do so.

Rajasthan Royals – with 12 points from 13 matches, Royals is lying on fifth spot. Royals will next play against KKR. Royals cannot afford a loss and also hope to other losses with big margin.

Sunrisers Hyderabad: with 10 points from 12 matches, the team is standing on seventh spot. Sunrisers will next play against the table toppers RCB and Mumbai. If Sunrisers won their next 2 matches, they will have the upper hand due to their NRR.