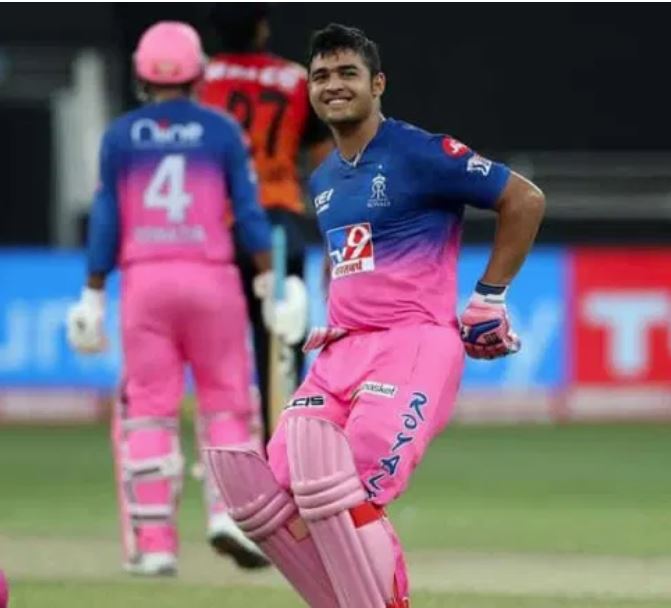 The Indian Premier League (IPL) doesn’t spare any opportunity to win the hearts of the audience – either it’s on-field or off-field. In the latest, just after Rajasthan Royals (RR) scripted a fascinating win against Sunrisers Hyderabad (SRH), Riyan Parag, an 18-year-old Assam cricketer and newly emerging big-hitter Rahul Tewatia started shaking their legs to the traditional Assamese dance Bihu on Sunday.

The duo played a significant role in winning the encounter after they built a crucial unbeaten 85-run partnership from the 12th over onwards. While Parag scored an unbeaten 42 runs off 26 deliveries, Tewatia played a knock of 45 runs in 28 balls.

Bihu dance is an indigenous folk dance from the Indian state of Assam related to the Bihu festival and an important part of Assamese culture.

During the match too, Parag danced ecstatically on the pitch after he smashed a ball from bowler Khaleel Ahmed for a six over covers on the penultimate ball.

Some of the net blowers from Assam were present in the stadium and cheered on the victory, said Parag.

“They were there. So, for them, I did it in the heat of the moment,” he said.

Meanwhile, Rajasthan Royals are currently placed sixth in the league table. Of seven matches, the team has so far managed to win three fixtures and lost four.On the other hand, Sunrisers Hyderabad are ranked fifth on the table and have registered three victories.

In the next match, Rajasthan Royals is all set to lock horns with Delhi Capitals on October 14. Sunrisers Hyderabad will face Chennai Super Kings tomorrow.