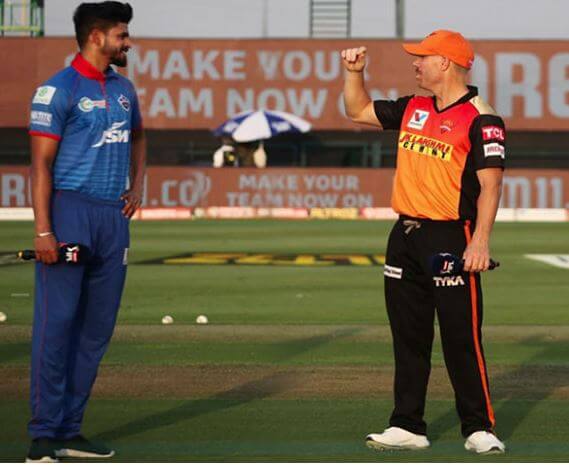 SunRisers Hyderabad in a must-win game will face Delhi Capitals in Indian Premier League 2020 at the Dubai International Stadium on Tuesday. Both sides have lost their previous matches. In fact, Delhi Capitals has lost two matches consecutively. After 11 matches, Sunrisers have lost seven games while the capitals registered wins in seven games.

After back to back two loses from Kolkata Knight Ridesr and Kings XI Punjab, Capitals is still occupying second spot while SRH is on seventh position in the IPL 2020 points table.  In their last encounter, Sunrisers Hydearabad defeated Delhi Capitals by 15 runs. Rashid Khan was the star of the match, conceding 14 runs in four overs dismissed three wickets. Johny Bairstow scored a half-century in that match.

SRH suffered a dismal collapse in the last match against KXIP. The team is lacks depth in their batting order for which the team needs back Williamson in the middle overs. Batting would be their primary concern against a strong Capitals bowling attack.

The capitals have witnessed to much dependent on Shikar Dhawan from the last few matches. Team’s middle order Shreyas Iyer, Rishabh Pant and Marcus Stoinis need to contribute against a disciplined Sunrisers attack. Prithvi Shaw should be brought back in place of the out of sorts Rahane.

Capitals are looking for a win to qualify for the playoffs while Sunrisers will try to keep their playoff hopes alive. Both teams are expected to give it their all in the game.