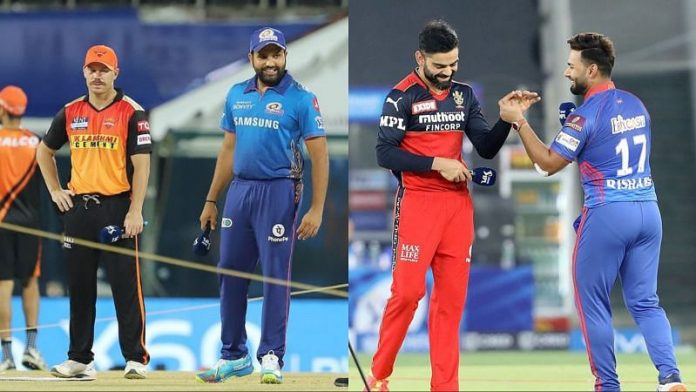 The defending champions Mumbai Indians is playing Sunrisers Hyderabad in a do-or-die match. To qualify for the playoffs MI need to win by minimum margin of 170 runs, which is very unlikely. On the other hand SRH have nothing to worry about, as they are already out of the tournament and will be looking to end their 2021 IPL chapter with a win.

The inconsistency is the reason Mumbai Indians have not qualified for the playoffs this year, despite of having a brilliant squad. MI’s key players like, Hardik Pandya, Surya Kumar Yadav and Ishan Kishan have failed to perform when required most by their teams. However, bowling attack is still as good as it was i previous two seasons. This is probably be the last match Mumbai is playing in the IPL 2021. After yesterday’s win over Rajasthan Royals Kolkata Knight Riders have almost booked their place in the playoffs and will play RCB in the first eliminator of the tournament.

Kane Williamson-led Hyderabad is currently the bottom ranked team on the points table and are out of the playoffs race. SRH have not played their best cricket this season but in their previous match they had beaten RCB in a close contest. With young gun Umran Malik and Bhubaneshwar kumar their bowling looks sorted, however their main concern is batting, not a single player has been making runs for SRH this season, is one of the reason why they are sitting out at bottom of the table.

Mumbai Indians have a slight edge over Hyderabad with 9 wins in 17 matches.

The match will start at 7:30pm (IST) on Star Sports network and streaming platform Disney Plus Hotstar.

Meanwhile Royal Challengers Bangalore is playing against previous season runner-up Delhi Capitals, who is also at the top of the points table. Virat Kohli-led RCB have already qualified for playoffs but to finish in top-two, would give them an extra opportunity to play in knock-outs. To finish in top-two RCB need to win by at least 156 runs, which is very unlikely against this giant Delhi side.

Delhi Capitals are currently at the top of the table, and will remain at the top, irrespective of the result.

Read Also: IPL 2021: Mumbai Indians out of playoffs? Here’s what we know