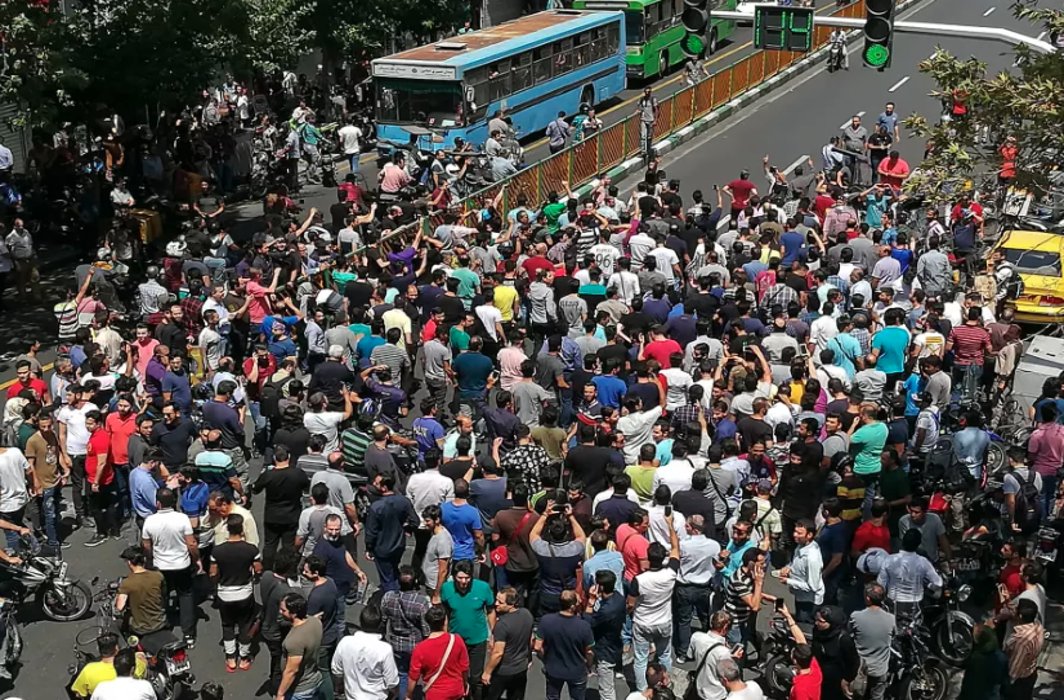 Iranian government has blamed foreign sources for inciting its people to stage violent anti-government rallies under the guise of protests against economic woes. Sunday was the sixth day of protests in various cities against the deteriorating economic conditions.

According to Tehran based Press TV, Salman Samani, the spokesman of interior ministry, said on Sunday that the bulk of calls for protest rallies in Iran over the past month had originated from outside the country.

On Saturday, Fars News Agency reported that in the town of Eshtehad, 100 km west of Tehran, riot police intervened late on Friday to disperse about 500 people who chanted slogans against the government, with some throwing rocks and bricks at the Shi’ite Muslim seminary.

Saudi Arabia based Al-Arabia reports that “Protests renewed in Tehran and several Iranian cities on Sunday evening, marking the sixth consecutive day of protests against the regime’s policies while some violent clashes erupted between protesters and security forces in some cities”.

Al-Arabia referred to the videos published by activists on internet saying that there were protests in the neighbourhood of Ekbatan, northwest of Tehran, in other areas like Daneshjoo Park in the center of Tehran and in the streets of Karagar and Amir Abad in South Tehran.

Samani, the spokesman of the interior ministry, while elaborating about the role of social media campaigns for illegal demonstrations, said, “Those parties circulating such messages expected to win approval in many cities, but in practice, we saw limited cases of demonstrations.”

The Iranian government official said that only a handful of people were influenced by such propaganda and attended unlawful protests in a few cities.

Samani said, that investigations reveal that the “main elements provoking” unrest in the country are mostly individuals that do not care about the economic problems and only “seek to foment chaos by taking advantage of the conditions regarding the price hikes and livelihood problems”.

The interior ministry official assured of ongoing efforts to control the protests and handle the situation with “minimum tensions and through dialogue.”  He also said that authorities were “determined to resolve people’s livelihood problems and ensure economic stability.”

The government’s reaction came after protests were held in Shiraz, Isfahan, Ahvaz and Karaj over the past few days against economic conditions. The protests have been largely described as peaceful without any major instance of violence.

Press TV reports that the countrymen are anxious over the collapse of Rial currency, which has lost nearly two-thirds of its value in six months, causing in the rise of commodity prices.

Government authorities, while acknowledging the legitimate  worries, are wary that the protests could be hijacked by groups who can indulge in violence.

In January, several Iranian cities were scenes of protests, but they were hijacked by elements of the Mujahideen Khalq Organization (MKO), a  terrorist organization supported by regional rivals. Iranian government believes that unknown elements opened fire at protesters and killed several people.

Moreover the Iranian authorities are concerned of US’ plots under the President Donald Trump to stir unrest after Washington withdrew from the multilateral Iran nuclear deal.