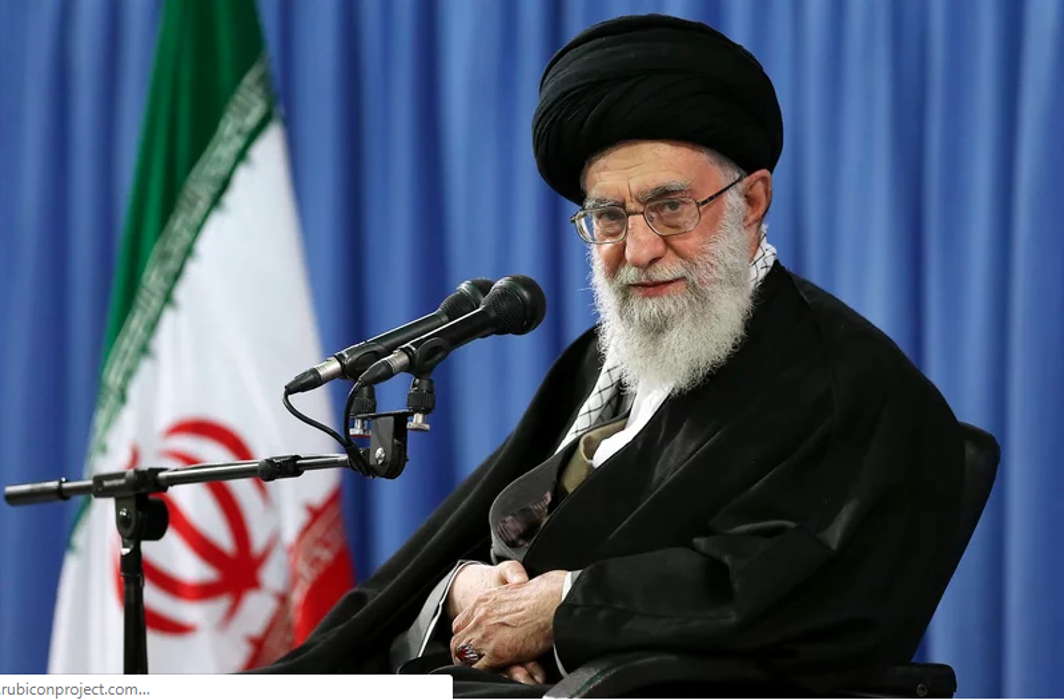 Iranian leadership has blamed US and its Gulf monarchies for Saturday’s terror attack on a military parade in Ahvaz that killed 29 people and accused them of supporting separatist “al-Ahvazia” armed group, which claimed responsibility.

Iran’s Supreme Leader Ayatollah Ali Khamenei has said that the Saturday terrorist attack in Ahvaz was the continuation of plots hatched by US stooges in the region to create insecurity in the country and emphasised that intelligence services must swiftly find the accomplices of the “criminals” behind the attack.

According to Tehran based Press TV, Ayatollah Khamenei expressed his condolences over the terrorist attack. This was conveyed through a message from the leader to the nation.

Khamenei said that the “tragic and sorrowful” attack has once again exposed the cruelty of the enemies of the country. He further said that the savage mercenaries who opened fire on innocent civilians, including women and children, are linked with the same liars who claim to advocate human rights: a term generally refers to the US.

He emphasized that the perpetrators and their cohorts could not tolerate the display of national strength in the Iranian Armed Forces. Iranian forces held parades in different cities commemorating the Sacred Defence Week, fighting against Saddam Hussein’s imposed war (1980-1988).

The leader said, “Their crime is the continuation of plots [hatched] by the US-led governments in the region who aim to create insecurity in our dear country.”

Ayatollah Khamenei emphasized that the Iranian nation would continue their honourable path and would “overcome all hostilities like in the past.”

Meanwhile, President Hassan Rouhani, while reacting to the terror attack on Saturday, said that his country will give a “crushing” response to the slightest threat against the country. He asked Iranian officials, “Those who are providing these terrorists with propaganda and intelligence support must be held accountable”.

Shortly after the terrorist attack, Iran’s foreign minister Mohammad Javad Zarif said that his country willo respond “swiftly and decisively” in defense of its people.

Terrorists recruited, trained, armed & paid by a foreign regime have attacked Ahvaz. Children and journos among casualties. Iran holds regional terror sponsors and their US masters accountable for such attacks. Iran will respond swiftly and decisively in defense of Iranian lives. pic.twitter.com/WG1J1wgVD9

Ali Akbar Velayati, a senior adviser to Ayatollah Khamenei, who is also former foreign minister, said that the “terrorist and brutal” attack killing defenceless people was another show of a “blind and vile measure” by criminals who have targeted Iran’s power.

On Sunday, according to official IRNA news agency, Iran summoned diplomats from Denmark, the Netherlands and Britain over the attack and “informed of Iran’s strong protests over their respective countries’ hosting of some members of the terrorist group” which carried out the attack.

Meanwhile, Russian President Vladimir Putin, in a message to his Iranian counterpart Hassan Rouhani, has expressed his “deepest condolences” denouncing the “bloody crime” and called for an “uncompromising” joint combat against terrorism in all its forms and “manifestations.”

According to Syrian official news agency SANA, Damascus has vehemently condemned the terror attack stressing that the terror adopters in the region will not be able to achieve their schemes through such crimes.

Iraq’s Interior Minister Qasim al-Araji has condemned the incident, saying it once again demonstrated the hostility of terrorists and arrogant elements towards Iran.

Lebanon’s Hezbollah resistance movement headed by Hassan Nasrullah has said “The terrorist attack was perpetrated by satanic and malicious hands in a bid to destabilize Iran and punish the Islamic Republic over its sticking to be a fully sovereign state and rejecting subordination to the United States.”

In a related development, the Western and Saudi media have refrained from calling the deadly attack a terrorist act despite large number of civilian casualties. The alleged Saudi-backed al-Ahvazia group has claimed responsibility for the assault.

The British Broadcasting Corporation (BBC), Associated France Press (AFP), US based Fox News and CNN reported the incident as merely an attack without calling it a terrorist attack.

According to Saudi Arabia’s official Al-Arabiya network, Yaquob Hurr al-Tisteri, the spokesperson of an Ahvazi political group known as “Arab Struggle Movement for the Liberation of Ahwaz” has refuted the claims that Daesh (IS) carried out the deadly attack. He was speaking in an interview with the Al-Arabiya News Channel.

He reportedly said that the attack was executed by national resistance individuals without specifying whether his group had any specific knowledge on which group carried out the attack.