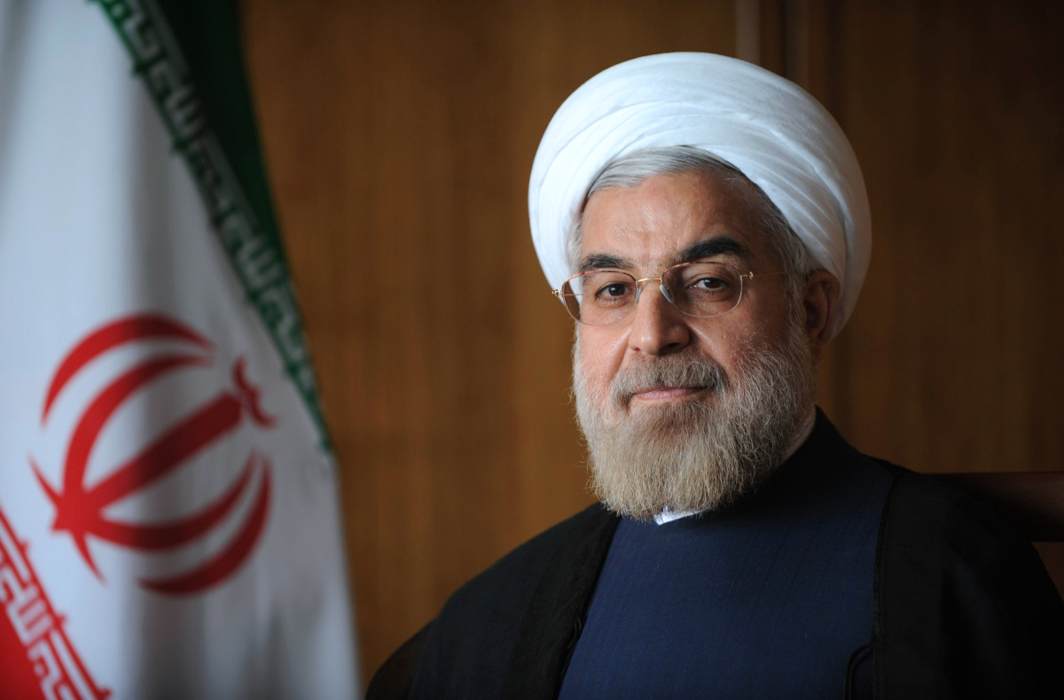 In a major twist to ongoing protests in different Iranian cities, President Hassan Rouhani has called on France to “take immediate actions” against Mujahideen Khalq Organisation (MKO), a designated terrorist group based in Paris, which is said to be involved in  inciting violent protests in the country.

According to Press TV, President Hassan Rouhani made a telephone call to his French counterpart Emmanuel Macron on Tuesday. He has reportedly said, “We expect the French government to abide by its legal responsibility towards this terrorist group along the lines of battling terrorism and violence.”

President Rouhani stressed to his French counterpart that no country would neglect public security and promotion of violence is separate from a nation’s legitimate right to express its demands and criticism.

During the telephonic contact with Rouhani, French President Emmanuel Macron brought up “the number of victims from the demonstrations” and two leaders also decided to postpone a visit by French Foreign Minister Jean-Yves Le Drian to Tehran. It was s scheduled for this week.

Earlier in the day, Ayatollah Ali Khamenei, while meeting the martyrs’ families at his residence said that enemies have been using various tools to deal blows to the Iranian nation and the Islamic establishment in the course of the latest developments in the country.

The leader said, “During the events of the past several days, Iran’s enemies, using the various tools at their disposal, including money, weapons, politics, and security apparatus, have allied [with one another] to create problems for the Islamic establishment.”

Meanwhile, Iran’s foreign minister Mohammad Javad Zarif, in his tweet post, has said that Islamic Republic’s security and stability depend on its people and “infiltrators will not be permitted to violate the rights of Iranians.

Iran's security and stability depend on its own people, who — unlike the peoples of Trumps regional "bffs”—have the right to vote and to protest. These hard-earned rights will be protected, and infiltrators will not be allowed to sabotage them through violence and destruction.

MKO has been involved in dozens of terror attacks after the success of Islamic Revolution in 1979. Their headquarters was shifted to Iraq under Saddam Hussein where Baghdad provided a newly built city with all luxuries to the group. It is the most hated terrorist group among the Iranians as it was involved in assassinations and bombings. MKO sided with former Iraqi president Saddam Hussein in his eight-year war against Iran in the 1980s.

According to Iranian estimates, out of the nearly 17,000 Iranians killed in terrorist attacks since 1979, about 12,000 were fallen victim to MKO’s terror attacks.

Over the past few days, the MKO has been calling for violence during street protests in the country.

The protests against rising prices and unemployment began on Thursday last in Mashhad, the second largest city and spread to different areas of the country. But the protesters changed their slogans to “Down with dictator”, “Death to Rouhani”, “No to Palestine”, “No to Syria” and “No to Iraq”.

This was the clear indicator that the protests were instigated and guided by the foreign powers whose proxies: Daesh (IS) have lost battle in Syria and Iraq. Iran played important role in both the countries in fight against Daesh terror.

The protesters were, in sporadic incidents, seen tearing the posters and sloganeering against the leadership of Ayatollah Khamenei.

BBC reports that the protests were spread to some 50 cities and towns including the capital Tehran and seen tens of thousands of people take to the streets to vent their anger at the entire establishment.

The protests turned violent at several locations and state media reported about the killing of at least 21 people in clashes with security forces.