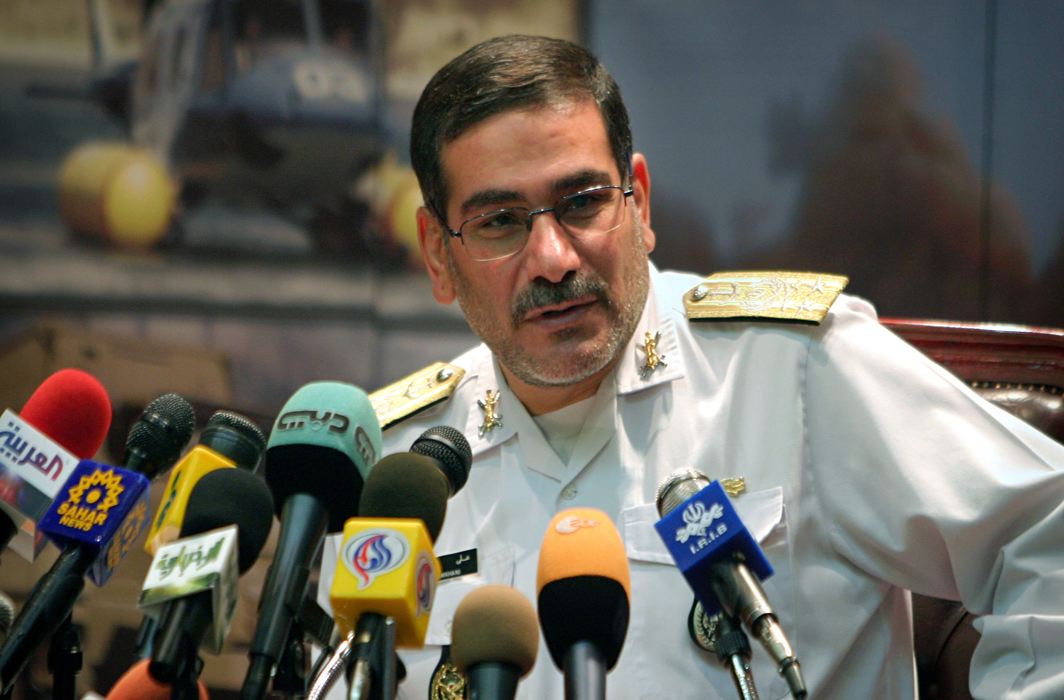 Amidst Saudi Arabia’s most powerful Crown Prince Mohammed Bin Salman’s controversial visit to UK, a senior Iranian official has claimed that recent attack on the their embassy in London was a “very disgraceful” bonus by the British government to “sweeten a multi-billion dollar arms deal with Riyadh”.

According to Press TV, Ali Shamkhani, Secretary of Iran’s Supreme National Security Council (SNSC) criticized the laxity and passivity of UK government and police forces response to the attack saying, “This ping pong game was designed by the British government and conducted simultaneously with a visit by one of the leaders of the regional countries to London.”

He also reacted to a recent statement by Saudi Crown Prince Mohammed bin Salman against Iran and the Islamic resistance. Shamkhani said the Israeli regime and US are known by regional countries as evil forces due to their attacks on Iraq and Afghanistan and the spread of terrorism in the region.

The Iranian senior official alleged that “Unfortunately, Saudi rulers throughout their political existence have created bloody borderlines in the Muslim world by promoting Takfiri groups.”

According to Cairo-based Al-Shorouk and other local newspapers’ reports published on Wednesday, Saudi Arabia’s crown prince had claimed that Turkey along with Iran and what he called as Islamist groups are parts of a “triangle of evil”.

On Friday, a number of attackers scaled the wall of Iran’s Embassy building in London and took down the Iranian flag. British police did nothing to protect the compound during the attack, reported IRNA.

Iran’s Foreign Ministry summoned British Ambassador to Tehran over the attack on its mission.

Iranian foreign Ministry spokesperson Bahram Qassemi said on Monday, “Following an assault by a number of individuals affiliated to an extremist religious group on the Islamic Republic of Iran’s Embassy in London, the country’s ambassador was summoned by the director general for Europe affairs [at the Iranian Foreign Ministry] today.”  Qassemi said the attackers who had climbed on the balcony of the Iranian embassy in London were arrested, adding the spectacle was over.

The Iranian spokesperson’s comments came a day after he strongly condemned the assault, urging swift action to counter the attackers.

Iranian Deputy Foreign Minister for Political Affairs Abbas Araqchi had also voiced Tehran’s strong protest to Britain’s ambassador to Tehran. He called for the trial and punishment of the perpetrators of the assault.

There are reports of Iranian Ambassador to UK Hamid Baeidinejad receiving threats to his life from a member of the extremist group which carried out the attack on the Islamic Republic’s embassy in London.

On Sunday, Baeidinejad introduced the person as Hossein Mar’ashi Qazvini, who also leveled accusations against the Iranian diplomat on social media, including allegations of murder.

Bin Salman arrived in London on Wednesday for a three-day trip, where the Downing Street spokesperson said the two sides had agreed to counter Iran’s “destabilizing” role in the region after a meeting between the Saudi crown prince and British Prime Minister Theresa May.

Reports say that Saudi Crown Prince Mohammed Bin Salman and Theresa May also agreed for achieving the mark of  65 billion pounds ($90 billion) of mutual trade and investment in the coming years and hailed it as “a significant boost for UK prosperity … as we prepare to leave the European Union.”