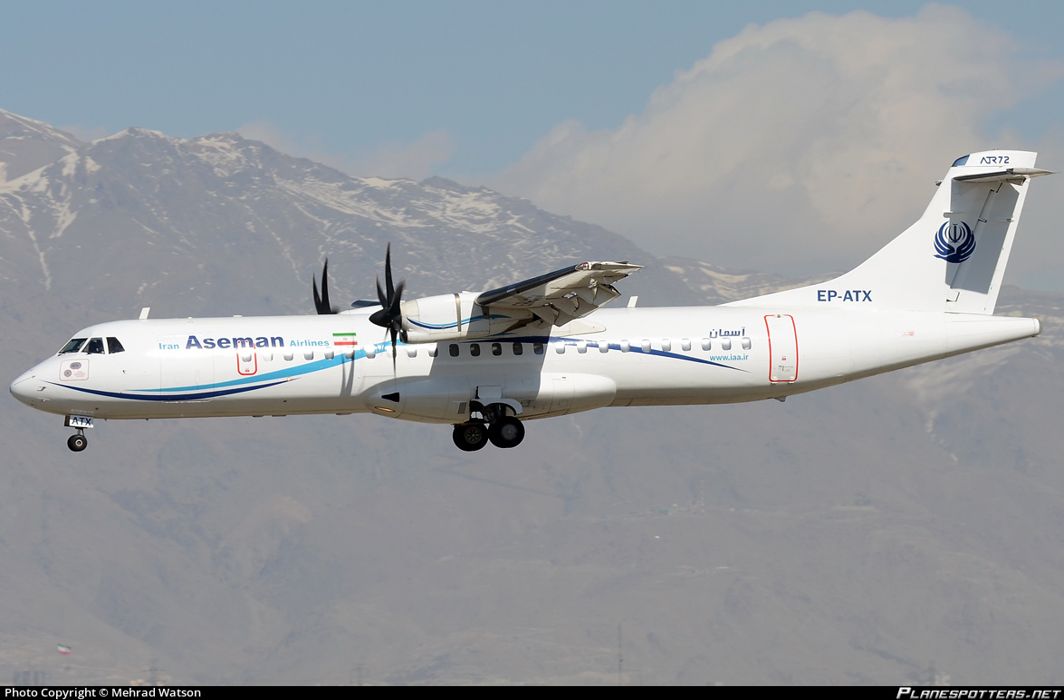 Iranian authorities have traced the dead bodies and the wreckage of the ill-fated passenger plane that crashed with 66 people on board in south-western mountains in the country on Sunday.

The rescue helicopters could not land at the crash site to transfer the bodies due to bad weather and topographical conditions. The captain of the helicopter spotting the wreckage was quoted saying that the plane had crashed 30 meters below a hilltop.

The plane had been ripped into pieces and only a part bearing Aseman Airlines logo is visible.

Iranian Red Crescent Society (IRCS) official had earlier said that after improvement in the weather in the region, 80 search teams were conducting an operation at Mount Dena in the Zagros mountain range.
Four IRCS helicopters and several Air Force F-14 fighter jets were flying over the region as part of efforts to find the crash site.

Iran’s private Aseman Airlines ATR-72 plane was flying from Tehran to the south-western city of Yasuj on Sunday when it disappeared 50 minutes into the flight around the town of Semirom in Isfahan Province.

Meanwhile, a report said that a passenger’s mobile phone remained on and was sending signals from a location near village of Kohangan in Mount Dena area where helicopters did not manage to reach the previous day due to bad weather condition.

Iran has been facing sanctions on purchase of new aircraft and spare parts forcing to use old passenger aircraft. The production of Boeing 727, the three-engine jet ended in 1984. This is still being used by Iran’s Aseman Airlines, the only one in the world.