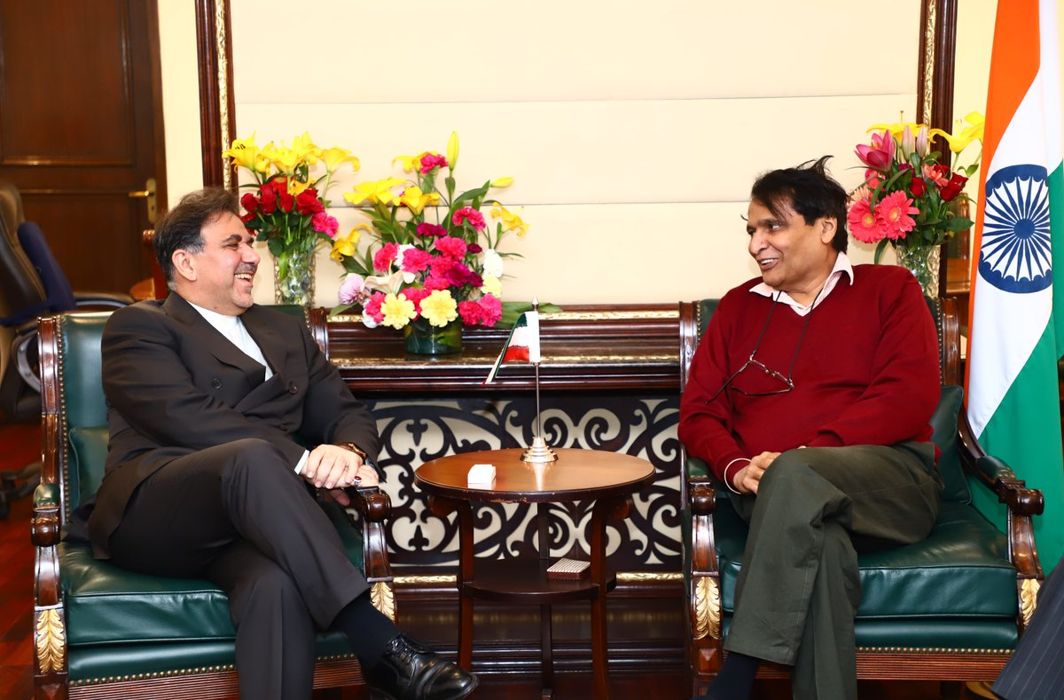 In a major development, Iranian ambassador Gholamreza Ansari has said that Chabahar port has positively improved transportation activities between the two countries and will open door to transit cooperation with more Indian ports.

Ansari made these remarks on Friday while talking to IRNA, at New Delhi, at the sidelines of a meeting between Abbas Akhundi, the visiting Iranian Minister of Road and Urban Development and Suresh Prabhu, Minister of Railways.

Iran’s minister attended a marketing event for Chabahar port being jointly developed by the two countries.  The two sides discussed the proposed $ 6 billion MoU for producing 200 locomotives and freight wagons worth $6 billion.

The envoy said he was positive on the outcome of future collaboration between the two countries in transportation areas. He said that successful development of the Chabahar port will lead to the establishment of links with other Indian ports as well.

Ansari said that generally speaking, the discussion between the two sides were very constructive. He voiced his hope that the MoU will be finalized soon and become operational during the coming high level meetings.

Iranian ambassador appreciated India’s stance saying ‘Fortunately, the Indian government has announced that it will provide the necessary funding for joint projects between India and Iran so there is no challenge in the bilateral.”

However, he said the biggest obstacle on the implementation of agreements of this scale would normally be the financial support that must be given to them.

Iran has been facing the issues in international funds transfer due to US sanctions against. India owes huge Iranian money for purchasing oil from that country.

According to IRNA, the first phase of Chabahar port development project is of prime importance for both Iran and India. India sees Chabahar Port as a golden opportunity to enhance its regional role and cooperation, the report said.

In October last year, India sent first shipment of 110,000 tonnes of wheat to Afghanistan through the Iranian port under a trilateral transit and trade agreement signed in May 2016 among India, Iran and Afghanistan.

Foreign Minister Sushma Swaraj also made a stopover in Tehran, while returning from Sochi, Russia, on December 2, a day before the inauguration of the port. According to MEA sources, she discussed with her Iranian counterpart Javad Zarif the “inauguration of Chabahar port,” which will openAfghanistan and Central Asia to Indian commerce.

India has committed $500 million to building two berths at Chabahar to process trade and develop an economic zone around them, as well as $1.6 billion for a 650-km rail link from Chabahar to Zahedan and into Afghanistan. Iran is completing the current construction at Chabahar at a cost of $340 million.

Outlining the outcome of his visit to India, Iranian Minister said that two countries have agreed to sign agreements worth 2 billion dollars in railway transportation and Chabahar Port development project.

He said that three important issues, including the development of the Chabahar to Zahedan railway, production of 200 locomotives for freight trains and joint production of rails were discussed between the two countries.

Regarding the development of Chabahar to Zahedan railway, he said that “The officials of the Indian company which is involved in this project visited Iran last week to make the necessary inspections and came back to their officials with proposals about the development of the railroad link.”

Regarding the production of 200 locomotives for freight trains, the Iranian minister said, ‘It was an important deal between India and Iran. India is ready to fund the project.’ A portion of the locomotives will be produced in Iran while the total estimated cost for the project would be 600 million dollars.

He appreciated India’s advances in railway sector saying” India has immensely focused on developing its railway industries and has up-to-date technologies, so co-operating with India for Iran means gaining access to the latest technology in the world in this particular field.’