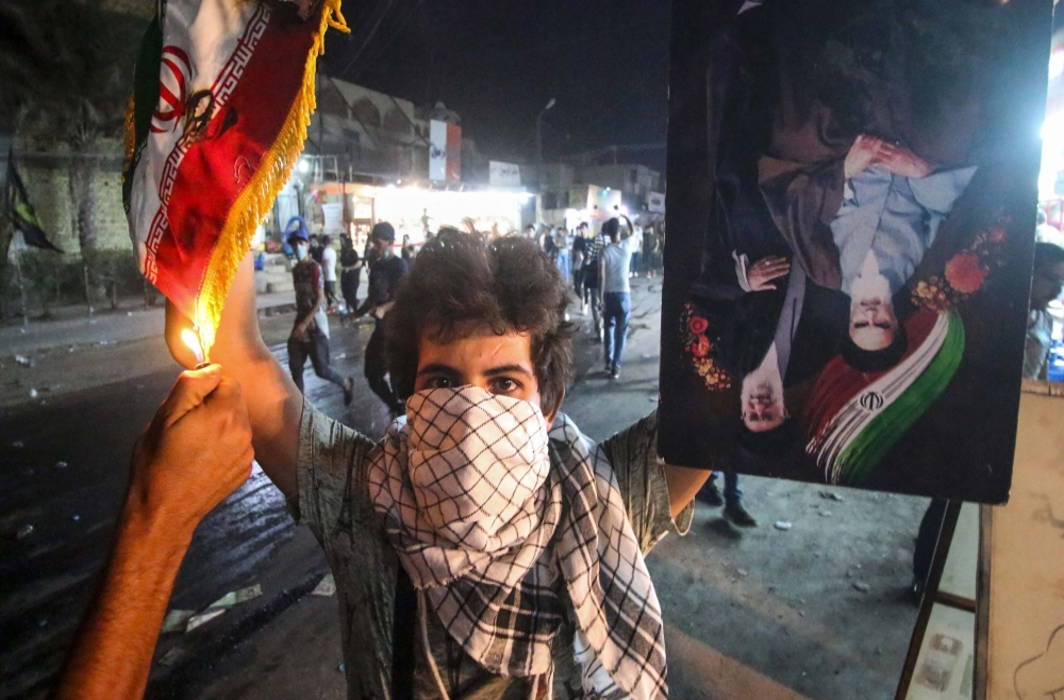 The Governments of Iran and Iraq have reacted sharply on protesters’ attack and setting fire of Iranian consulate in southern Iraqi city of Basra on Friday. Iraqi Prime Minister Haider al-Abadi has ordered security forces to investigate into deadly violence and “act decisively” while Iran has strongly condemned the attack and reminded the Iraqi government of its responsibility to protect diplomatic sites.

According to Aljazeera, Prime Minister Haider al-Abadi, on Friday evening, instructed security forces to act decisively against the “acts of vandalism” that accompanied the demonstrations. Iranian consulate was set on fire on Friday as part of weeks-long protests over poor services and lack of jobs.

Reports from Basra speak of thousands shouting anti-Iran slogans, condemning alleged interference in their country’s politics before breaking into the consulate and setting it on fire. The building was empty when the crowd burst in.

Iraq’s Foreign Ministry spokesman Ahmed Mahjoub said Friday evening that the storming of the consulate, which it deeply regretted, had nothing to do with protesters’ demand. He said, “The targeting of diplomatic missions is unacceptable and detrimental to the interests of Iraq”.

Qassemi described the attack as a violation of protocols and said the Iraqi government has a crucial responsibility to protect diplomatic sites. Moreover, without naming Saudi Arabia, warned about overt and covert efforts to undermine the friendly relations between the Iraqi and Iranian nations and governments.

He urged Baghdad to “identify, arrest, and punish the culprits behind the serious crime as soon as possible”. He noted that Iran had earlier informed and warned the Iraqi officials about the probability of such an attack, and thus the Iraqi government is held responsible for any negligence in ensuring the consulate’s security.

The Iranian spokesman further said the Iraqi ambassador in Tehran was summoned to the Foreign Ministry and was notified on Iran’s strong protest over the negligence of the Iraqi forces to protect the consulate.

Eleven people have been killed so far during the violent protests against corruption and lack of basic services over the past five days in Basra, the port city situated close to Kuwait and Iran.

The protesters have earlier burnt buildings including the provincial governorate, ruling Dawa Party, the Supreme Islamic Council and the Badr Organization in Basra. The offices of the Asaib Ahl al-Haq militia and the offices of the Hikma Movement have also been burnt about 100 km north of Basra.

Recently, to ward off Iranian influence in Iraq, Saudi Arabia has agreed to construct solar power 3000-megawatt plant and sell electricity for Iraq on cheaper prices at one fourth of Iran was supplying.

Meanwhile, the comments uploaded by Press TV website readers were directed towards Saudi Arabia for instigating attack on Iranian consulate in Basra. Paul, one of the readers said, America and Israel are not Iran’s real enemy. Saudi Arabia is the real enemy. In order to have peace in middle east Saudi royal (royal my ass) family must be removed once and for all. Wahabi monsters are behind this”. Another reader said, “Peace will not come to Iraq until USA is kicked out”.