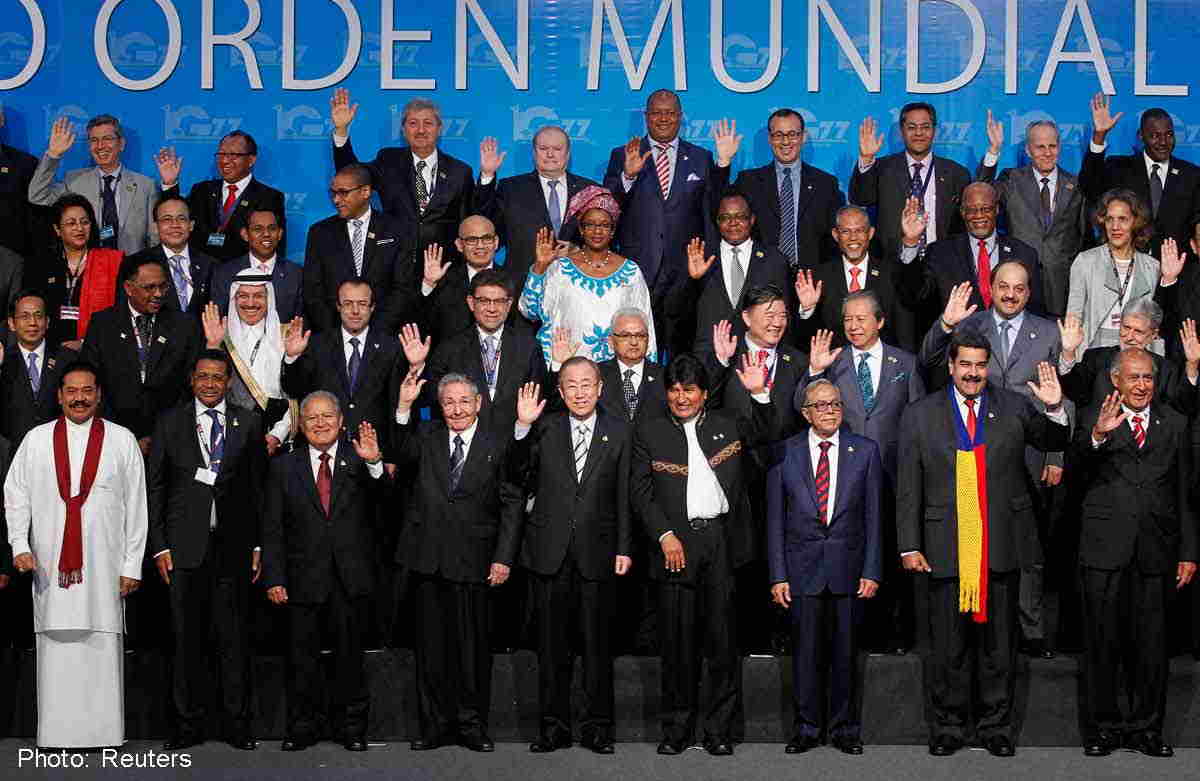 In a major setback to US President Donald Trump who has been criticizing Iran nuclear deal as worst ever, 134 countries came together under the banner of Group of 77 at United Nations voicing support for the 2015 Iran nuclear deal known as JCPOA.

The deal was signed by Iran and six world major powers including five UN Security Council permanent members: US, France, Britain, Russia, China – and Germany (known as P5+1) on July 14, 2015.

The implementation of the deal started on January 16, 2016 with Iran undertaking limitations on its nuclear program in exchange of removal of nuclear related sanctions imposed against Tehran.

Till date International Atomic Energy Agency (IAEA), responsible for monitoring the implementation of the agreement, has certified about Iran abiding the deal through seven consecutive quarterly reports.

On Tuesday, US President Donald Trump, while addressing UN General Assembly (UNGA)’s 72nd session, branded the agreement as “an embarrassment” for the US. He said that the deal, known as Joint Comprehensive Plan of Action (JCPOA) was “one of the worst and most one-sided transactions the United States has ever entered into.”

According to Press TV, the statement issued at the end of the G-77 foreign ministers’ meeting at New York on Friday, “reaffirmed the importance of supporting and strengthening multilateralism, and in this regard recognized that the Joint Comprehensive Plan of Action (JCPOA) between the Islamic Republic of Iran and P5+1 is a concrete case of a successful multilateral action for resolving outstanding global issues.”

The G-77 did not only supported the Iran deal but also “stressed that such model sets a real example for further accelerating the achievement of sustainable development, including by strengthening international cooperation, through enhanced means of implementation.”

G-77 was formed in 1964 with 77 developing countries as its founding members for promoting member countries’ collective economic interests and enhance joint negotiating capacity in the world body. Though its membership has grown to 134, it has kept its original name.

All the signatories to the nuclear deal, except US Administration under Donald Trump, have hailed the nuclear deal as a victory of diplomacy and urged its continued implementation. UN and European Union have also supported the Iran nuclear deal.

The G-77 ministers also affirmed their rejection of the unilateral economic sanctions imposed by US administration against Iran saying that the bans had a negative impact on the development and prosperity of the Iranian people and called for their immediate removal.

Since Donald Trump occupied White House in January this year, his administration has been seeking to potentially withdraw from the Iran nuclear deal. Washington has imposed certain unilateral sanctions on Iran and has recently been saying that the JCPOA should be re-negotiated.

Iran and other signatories to the deal have supporting the continuation of its implementation.

Meanwhile, Iran’s foreign minister Mohammad Javad Zarif has claimed that the representatives of over 30 countries, he met in the sidelines of the UNGA, have stressed that the JCPOA was non-negotiable. “All these people placed emphasis on the need to honor the JCPOA and the agreement’s being non-negotiable,” he said.

In the meantime, Iranian President Hassan Rouhani, while addressing a press conference in New York has said  that there could be no future dialogue with the US at a time when Washington speaks of leaving the 2015 Iran nuclear  agreement with P5+1 group of countries.

He said “We held negotiations for many years on (the nuclear) agreement… but today the Americans talks of leaving the deal. So why negotiations on other issues should be held (with the US)?”  Given the current situation, holding talks with the US “would be waste of time” he said.

Iranian President said that his country had “various options” such as “the removal of obstacles,” if Washington pulls out of the nuclear agreement. “It means that our hand would be completely open to take any action that we see beneficial to our country,” he added.