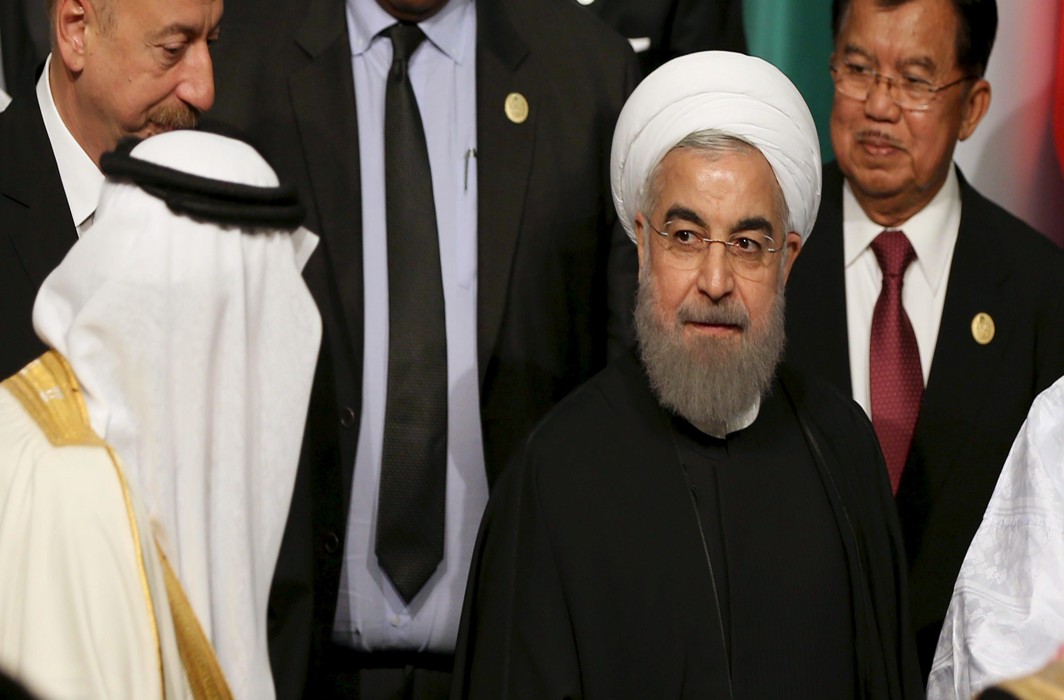 Iran has rejected Saudi Arabia’s accusations of providing missiles to Yemen’s Houthi Ansarullah movement and alleges that such claims were aimed at diverting attention from Riyadh’s war crimes in Yemen.

According to Tehran based Tasnim news agency, Islamic Revolution Guards Corps (IRGC) political deputy Brigadier General Yadollah Javani told on Tuesday that all routes to send weapons to Yemen are blocked as the “oppressed nation” remains under a full Saudi blockade.

Earlier on Monday Saudi-led coalition spokesman Turki al-Malki had displayed wreckage of what he said were fragments of ballistic missiles supplied to the Houthis by Iran. He said “The missiles launched against Saudi territory were smuggled from Iran” and warned that the alliance reserves “the right to respond against Iran at the right time and right place.”

According to Press TV, the senior IRGC commander further said, “the Saudis with the help of the Americans, Zionists and some other reactionary regional governments have actually been committing major crimes and attacking the oppressed nation of Yemen over the past two or three years.”

Meanwhile, Saudi Arabia has demanded UN Security Council to hold Iran accountable for Yemen’s Houthi ballistic missiles fired towards the kingdom and called on the world body to bear its responsibilities to maintain international security and stability.

According to Al-Arabia, Saudi Arabia’s permanent representative at UN Abdullah Al-Muallami has submitted a letter to the UN Secretary General Antonia Guterres and the president of UN Security Council in this regard.

The development came at a time when Crown Prince Muhammed Bin Salman is currently visiting US for two and a half weeks. He has already met President Donald Trump when the two sides discussed their ties in defence, security and economic spheres.

Meanwhile, Saudi Arabia’s Ambassador to the United States, Prince Khalid bin Salman bin Abdulaziz, on Tuesday spoke out against the Iranian government through a series of tweets.

The Iranian regime continues to violate international laws as it tests the world’s resolve. It is still supporting terrorism in Syria, Iraq, Lebanon, Bahrain and Yemen. It provides the terrorist Houthi militias with missiles in violation of UN Security Council resolutions.

Iran’s record is one of death and destruction. They plotted terrorist bombings in Buenos Aires in 1994, the Khobar attacks in 1996, and the Riyadh bombings in 2003.

In the past, they have tried to assassinate my predecessor here in Washington, they have killed Lebanese Prime Minister Rafiq Al Hariri, They assassinated political opponents in European capitals, and bankroll terrorist militias and provide them with dangerous weapons.

Yesterday, the Iran backed Houthi Militias have fired seven ballistic missiles at four cities in the Kingdom. Totaling over a hundred attempts, and continue to kill thousands of innocent Yemenis while they refuse any political settlement and continue to escalate.

The only way to prevent further conflict in the region is to hold Iran accountable for its violations of all international laws. Friends and enemies are watching for the world’s reaction; it will shape the behavior of countries in region on the long term.

Saudi Arabia has claimed of intercepting all seven missiles fired by Houthis on Monday, on the third anniversary of the Saudi led campaign against the improvised country. However, Houthis claim that some of the missiles hit the intended targets in the Kingdom.

Earlier on Monday, Bahram Qassemi, spokesman of the Foreign Ministry, alleged that Britain was responsible for the war crimes in Yemen through sale of weapons and providing logistics and intelligence assistance to the aggressors and helping in blockading the country.