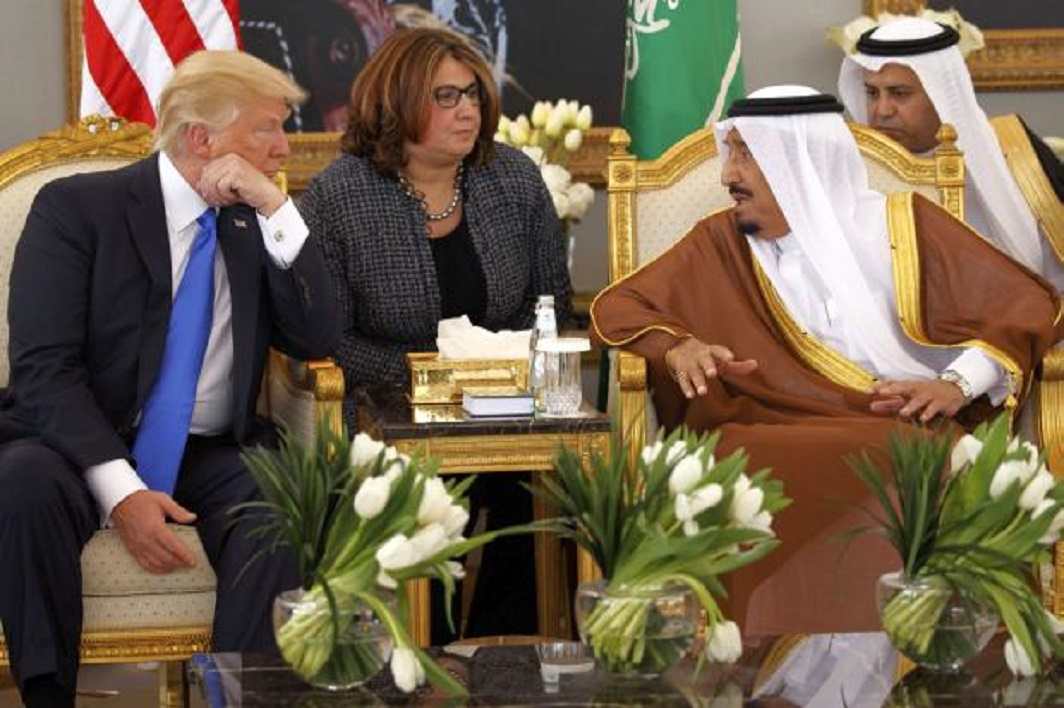 West Asia seems to be on the road to confrontation on sectarian lines. The region has witnessed two major developments during last two days. US President Donald Trump’s visit to Saudi Arabia attracted world media attention where he emphasised to work together against terrorism by highlighting Iran’s “destabilizing role” in the region. But, just one day prior to Trump’s address to 55 Muslim heads of states in Riyadh, Hassan Rouhani, the re-elected President of Iran, clearly communicated that his country “does not want to accept any humiliation or threat”.

During his 34-minute, 3,416-word speech, Trump mentioned Iran 10 times, while describing the growing menace of terrorism in the region. Trump said, “No discussion of stamping out of this threat would be complete without mentioning the government that gives terrorists all three: safe harbor, financial backing and the social standing needed for recruitment. It is a regime that is responsible for so much instability in the region. I am speaking, of course, of Iran.”

He elaborated, “From Lebanon to Iraq to Yemen, Iran funds, arms and trains terrorists, militants and other extremist groups and spread destruction and chaos across the region. For decades, Iran has fueled the fires of sectarian conflict and terror.”

While describing recent US strikes against Syria, President Donald Trump said, “Among Iran’s most tragic and destabilizing interventions have been in Syria. Bolstered by Iran, (President) Assad has committed unspeakable crimes and the US has taken firm action in response to the use of banned chemical weapons by Assad regime- launching 59 tomahawk missiles at the Syrian air base from where that murderous attack originated.” Trump mentioned Saudi Arabia, the host of the summit, just nine times.

On May 20, Hassan Rouhani, while addressing the nation after being re-elected for another four years as President, sent a clear message to the outside world. He was quoted as saying, “Our nation wants to live in peace and friendship with the world but, in the meantime, does not want to accept any humiliation or threat.” He further asserted, “This is the most important message that our nation expects to be heard clearly by all governments, neighbors and, especially world powers.”

Without mentioning the names of regional monarchies, Rouhani said, “Our election announced to our neighbours and the region that the way of ensuring security in the region is strengthening democracy and respecting people’s votes, but not relying on foreign powers.”

Rouhani did not name Saudi Arabia or the United States throughout his speech.

Javad Zarif, Iran’s Foreign Minister, in an editorial published by London-based al-Araby al-Jadeed website, advised Trump to discuss how to avoid another September 11 terrorist attack with the Saudi hosts in his first official visit abroad.

He wrote “(Trump) must enter into dialogue with them about ways to prevent terrorists and Takfiris from continuing to fuel the fire in the region and repeating the likes of September 11 by their sponsors in Western countries.”

Most of the 19 terrorists who killed nearly 3,000 people in New York in 2001 were Saudi citizens and there have been repeated accusations that members of the Saudi monarchy were complicit in the attack.

Among the six Gulf Cooperation Council (GCC) states, Saudi Arabia and Oman are absolute monarchies, Qatar, Kuwait and Bahrain are constitutional monarchies while United Arab Emirates, composed of seven member states, is a federal monarchy. All are US allies.

Meanwhile, in another development, Sana’a, the capital of Yemen, witnessed a massive demonstration on Saturday against President’s Trump’s visit to Saudi Arabia. Martin Smith of Public Broadcasting Service (PBS), an American public broadcaster, reported that posters were marked with slogans “down with America, “down with Israel.”

Martin said, “There were a series of speakers of anti-American chants, anti-Saudi chants. They are particularly upset that President Trump arrived in Riyadh to sign a $ 110 billion arms deal. These arms will go to the Saudis, and they will use these arms in their war in Yemen. And the country’s been through two years of war, and the people feel broken.”

The American journalist quoted WHO estimates that the cholera epidemic will probably infect two to three lakh Yemenis. UNICEF says that 70 percent of Yemenis were in need of some kind of humanitarian assistance. Nineteen million people were in need of food.

On May 19, just a few hours prior to Trump’s arrival in Saudi Arabia, Yemen’s Ansarullah fighters, headed by Abdul Malik al-Houthi, and their allies in the army (headed by former President Saleh Abdullah) had reportedly fired Volcano 2, a long range ballistic missile at Riyadh. A statement by Yemeni army said that the missile strike conveyed “a clear and important message that we are all ready to the aggression”.

However, Saudi military announced that it had intercepted and destroyed a projectile some 200 km west of Riyadh, without giving more details.

Earlier on March 8, Ansarullah had claimed of launching a missile attack at King Salman Air Base in the vicinity of Riyadh.

According to Press TV, Yemenis are particularly angry at Washington for being complicit in the Saudi crimes against Yemeni nation by providing Saudi Arabia with conventional and banned weapons.

It would be reasonable to recall that after the US invasion of Iraq, Iranian influence has grown in the region. Tehran is the closest ally of Baghdad government headed by Shias, despite US pressure. It is considered to be playing important role in combating Daesh (IS) terrorists in Syria and Iraq. It had also influenced Hezbollah of Lebanon to help Assad regime in its fight against all terror groups. Saudi Arabia alleges that Iran was supporting Ansarullah in Yemen and opposition forces in Bahrain.