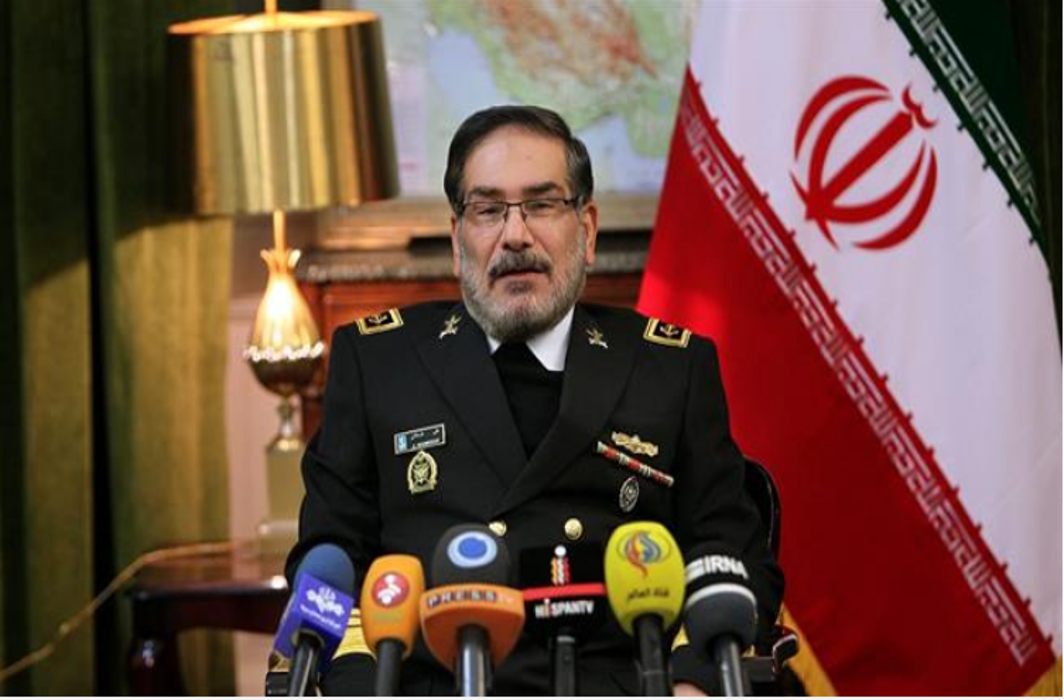 Iran’s top security official says that his country will maintain its advisory role in Syria and continue support for resistance groups after the US demanded that Tehran put a halt to its regional activities.

The term “resistance groups” is generally used by Iranian media for anti Israel movements in the region especially Gaza based Hamas and Lebanese Hezbollah.

According to Tehran based Press TV, Ali Shamkhani, Secretary of Iran’s Supreme National Security Council said on Saturday, “As long as the threat of terrorism exists in Syria and the country’s legitimate government persists in Iran’s advisory presence, we will stay in Syria.”

While talking to Doha-based Al Jazeera broadcaster in an exclusive interview he asserted that Iran’s presence in Syria is solely aimed at fighting terrorism at the invitation of the country’s “legitimate government.”

Shamkhani’s response came days after US Secretary of State Mike Pompeo threatened Iran with the “strongest sanctions in history” if it did not comply with a list of steep demands, including the withdrawal of all forces under Iranian command in Syria.

Shamkhani also dismissed other US demands, including its call that Iran halt all uranium enrichment, stop its ballistic-missile program and give nuclear inspectors access to the entire country.

He said, “Iran’s missile program is completely indigenous and defensive. We will not seek permission from anyone to develop our defense power and will not hold negotiations on it.”

Referring to US recent withdrawal from Iran nuclear deal, Shamkhani said, “There is no logical reason to negotiate with a country that does not abide by its commitments. By leaving the JCPOA, the US practically tore up the international agreement.”

Shamkhani also criticized Europeans signatories to the nuclear deal, saying they should have “acted more firmly and decisively in condemning and stopping preliminary US measures in violating the JCPOA.”

Iran’s senior official also stressed that Iran will not abandon its “principled policies” on Palestine as well as Tehran’s support for the regional resistance against the Israeli occupation and aggression.

“We consider defending Palestine as defending the Islamic dignity. Hamas is an organization approved by the Palestinian people,” he said.

On the other hand Syria’s Deputy Foreign Minister Faisal Mekdad had responded by hailing Iran’s assistance to his country, stressing that the pullout of the Iranian military advisers was not up for discussion.

Iranian military advisors and intelligence sharing has played key role in defeating the foreign supported Daesh (IS) and other terror groups in the country.

On May 8, US announced its withdrawal from the Iran nuclear deal, vowing to reinstate sanctions on Tehran and impose “the highest level” of economic bans on Iran.