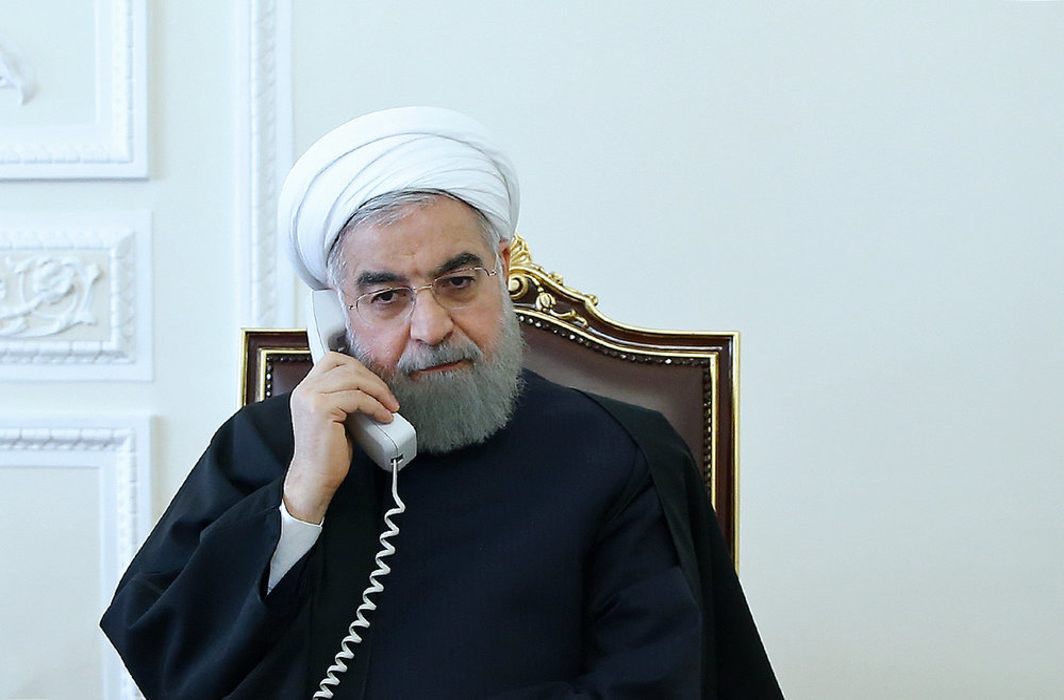 Amidst Saudi-led coalition force’ arrival at Yemen’s Hudaidah airport as a major success after they launched major offensive in the most impoverished country, Iranian President Hassan Rouhani says a military approach will fail to resolve the Yemeni crisis and proposed to restore stability and security to the war-ravaged country and the entire Middle East through political channels.

According to Tehran based Press TV, in a telephone conversation with Qatari Emir Sheikh Tamim bin Hamad al-Thani, Rouhani warned that the recent unprecedented attacks by a Saudi-led military coalition and militia loyal to the former Yemeni government on Hudaidah would lead to a humanitarian crisis in the that country. The two leaders held telephonic conversation on Monday.

According to Saudi Arabia’s official alarabiya.net Yemen’s army (loyal to former Hadi government) regained control of Hudaidah airport after a major battle supported by an Arab coalition against Houthi militias in the main port city.

Rouhani was quoted saying, “The continuation of these conflicts has put the poor Yemeni people under intolerable pressure and we are all duty-bound to help this oppressed nation.”

Iranian President emphasized that his country’s policy is based on interaction and dialogue with regional countries with the purpose of putting an end to the ongoing conflicts. Establishment of stability and security across the region would be beneficial to all regional nations, he said.

Without naming Saudi Arabia, which is currently aligning with Israel on several regional issues, including killings of Palestinians by Israeli forces, Rouhani said, “We regard as incorrect the adventurous policies of certain regional countries and believe that the continuation of this process will undoubtedly intensify the existing problems in the region, including in Palestine, Syria and Yemen.”

The Qatari Emir supported Rouhani’s position saying that all regional conflicts can be solved only through dialogue and no country can impose its stance on others. He reiterated that his country would continue to support the Palestinian people and their resistance against the Israel. Saudi Arabia alleges Qatar of supporting terrorism, for what Doha emphatically denied.

Iran’s official IRNA news agency reports that “Qatari Emir praised Iran’s support for Doha during the Gulf crisis in which his country was besieged by Saudi Arabia and its allies”.

Saudi Arabia, Bahrain, UAE and Egypt had suddenly severed ties with Qatar in June last year. The road, air and shipping ties with Qatar were also severed by these countries.

According to Iran’s private Mehr news agency, Qatari Emir has emphasised that relations between Doha and Tehran were “developing on daily basis”. He was quoted saying that Qataris are “determined to strengthen the bilateral relations in all fields: while saying that he would “personally observing the process of developing relations between the two countries”.

Read More: Iran to continue support to people in Syria and Yemen

Saudi Arabia and the UAE launched a fresh offensive, the biggest in last three years to take Hudaidah, a densely-populated city and the war-torn country’s most vital port.

The Houthi Ansarullah movement, who are dubbed as pro-Iranian rebel group by western media, has been of significant help to the Yemeni army in defending the country against the Saudi-led coalition’s invading forces. Houthi group has been running state affairs in the absence of an effective administration during past three years.

The invasion of Hudaidah has already triggered fears of a fresh humanitarian crisis in Yemen where more than 22 million people are in need of aid, including 8.4 million who are at risk of starvation.

Houthi administered Yemen’s Navy and Coast Defence Command said on June Tuesday that it is “fully prepared” to destroy any invading warships belonging to the Saudi-led coalition with missiles.