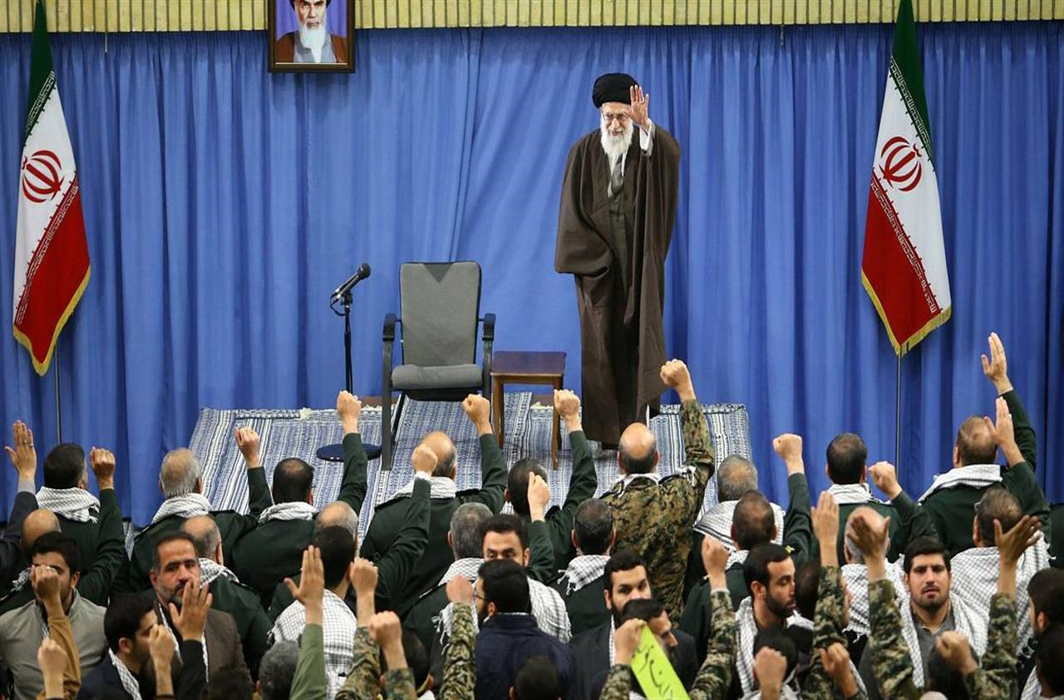 You spent money to dominate Iraq and Syria; well you couldn’t, damn it to hell!” says Khamenei to Trump

Addressing a gathering of teachers and university professors in Tehran on Wednesday, Khamenei said, “Last night you heard that the US president made silly and superficial remarks. There were maybe more than 10 lies in his comments. He threatened both the establishment and the nation, saying he will do this and that.”

He warned US president saying, “Mr. Trump I tell you on behalf of the Iranian nation: You are making a damn mistake.”

His remarks came a day after Trump announced Washington’s withdrawal from the Iran nuclear agreement, also known as Joint Comprehensive Plan of Action (JCPOA). The multilateral deal was signed between Iran and P5+1 group of countries in 2015 and was implemented in January 2016.

While describing the US ill-intentions against Iran, especially after 1979 Islamic Revolution, Ayatollah Khamenei stressed that the US problem with Iran was not related to the country’s nuclear program.

He was quoted saying, “We accepted the JCPOA, but enmities with the Islamic Republic did not end. Now they raise the issue of our presence in the region and the issue of missiles. If we accept them too, they will bring up another issue.”

Iranian leader further said, “The reason for US opposition to the establishment is that the US used to completely dominate [Iran] but the [Islamic] Revolution cut off their hands [from the country].”

The Iranian leader said the Americans want rulers who would carry out their errands and dish out their money, as is the case with the Persian Gulf states, a term used for Saudi Arabia and its regional allies, the members of Gulf Cooperation Council (GCC).

Recently Iran’s supreme leader said that Trump has sent a letter to the Persian Gulf countries, saying he had spent $7 trillion in the region for them and that they had to compensate. He said, “You spent money to dominate Iraq and Syria; well you couldn’t, damn it to hell!”

Ayatollah Khemanei said, “The ugly and silly behaviour of the US president was not unexpected. This behaviour existed in the era of former presidents in different forms. The Iranian nation has stood firmly and those ex-presidents have died and their bones are rotten but the Islamic Republic is still there.”

It would be interesting to know that US President Donald Trump has called the 2015 Iran nuclear deal t as “decaying and rotten”. He said, “It is clear to me, that we cannot prevent an Iranian nuclear bomb under the decaying and rotten structure of the current agreement.”

He also said, “I am announcing today that the United Stated will withdraw from the Iran nuclear deal. We will be instituting the highest level of economic sanctions.”

Earlier, Iran’s President Hassan Rouhani has indicated that Iran will remain with the deal in absence of US and will continue cooperating with other signatories of the deal.