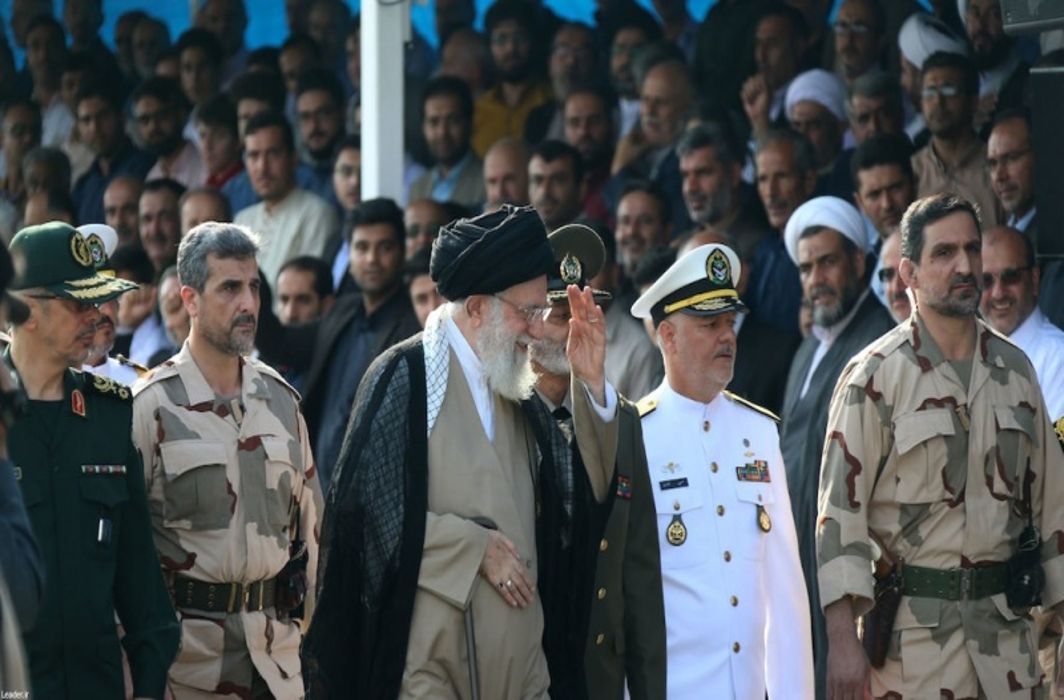 Continuing his anti US rhetoric, Iran’s supreme leader Ayatollah Ali Khamenei has once again said that US plots in the Middle East have failed, citing Syria, Iraq and Lebanon as clear examples.

According to Press TV, while making remarks during graduation ceremony of a group of navy cadets in northern Noshahr, on the Caspian Sea coast, Khamenei quoted a verse from Holy Quran saying, “These are signs of the power of God and the veracity of the divine promises that say ‘If you help Allah, Allah will help you, and establish your feet firmly’.”

Read More: US Use Terror Groups To Achieve Its Goals: Iran

His statement came two days after he met Russian President Vladimir Putin when he said that the developments in Syria and the US defeat in that country show that Washington can be contained.  Putin was in Tehran on Friday for a trilateral Russia-Iran-Turkey summit. All three countries are facing US sanctions under Trump’s dispensation.

The leader said that Iran’s “strong resistance against the arrogance has led to a major defeat of the goals of the global oppressors in the region.”

He further said, “Political analysts and intellectuals of the world are astonished at the fact that Iran, relying on God and national power, has frustrated world powers in the region – a reality which they are admitting now.”

The Leader touched upon the “threats, frowns, taunts and bullying of the oppressive powers to intimidate nations,” saying that if a nation does not fear these methods and moves ahead with courage, trust and confidence in its abilities, it will force the superpowers to retreat and will defeat them. “The Islamic Republic of Iran is a clear example of this reality,” the leader said.

“For 40 years now, Iran has been targeted by the sabotage of the United States and its accomplices, but it has grown from a small seedling to a strong and fruitful tree,” the Leader said.

Ayatollah Khemenei said that Iran, “despite the extreme reluctance and numerous measures of the arrogance, has won the hearts of nations with the message of its revolution and made US plots in the region fail.”

US President Donald Trump, European countries and their allies among Arab monarchs have been apprehending of growing Iranian influence in the region in the recent years. Iranian army’s advisory support to Syria and Iraq in its fight against Daesh (IS) and other threats helped in defeating the menace.