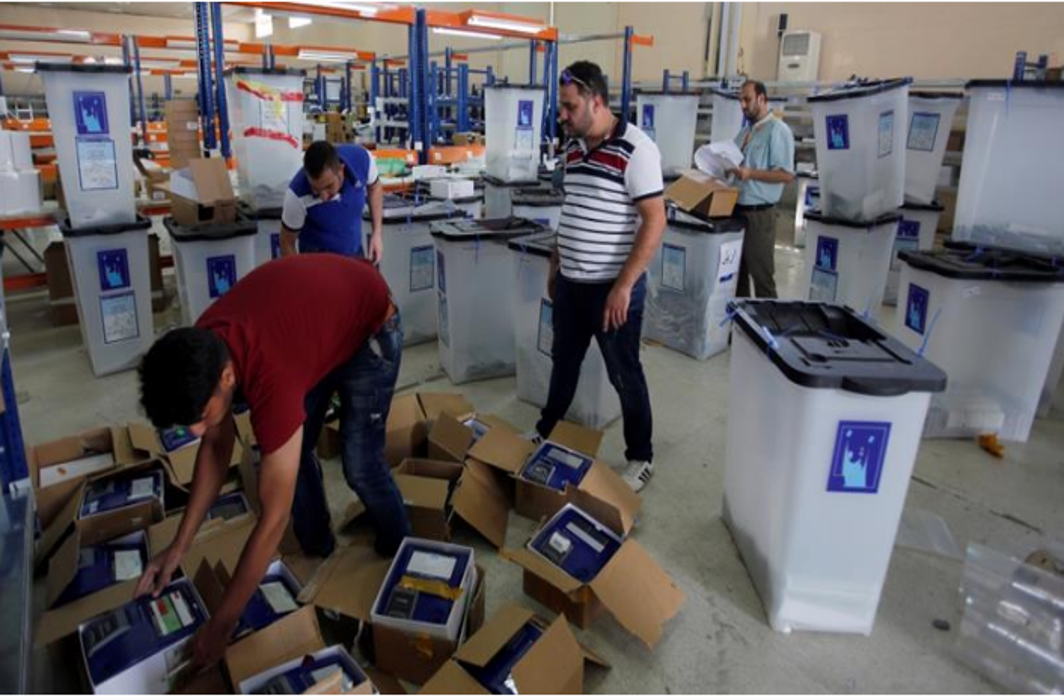 Amidst debate on the possibility of hacking Electronic Voting Machines (EVMs) in India another Asian country has taken a tough stand to check if it was hampering the democratic exercise at all.  Iraq’s parliament has ordered a full recount of the country’s recent parliamentary election that resulted in a surprise victory of Muqtada al-Sadr led Sairoun (Marchers) coalition.

Sard’s coalition managed to win the highest number of 54 seats in the 328 member parliament, while the Conquest Alliance, led by former minister and secretary general of Badr Organization-Hadi al-Ameri, came in second position with 47 seats while PM Haidar Al-abadi’s al-Nasr (Victory Alliance) coalition remained distant third with only 42 seats.

The Conquest Alliance is a new alliance that entered the elections for the first time. It consists of 18 political parties many of which are former factions of the Popular Mobilization Units (PMU) also known by its Arabic name as Hashd al-Sha’abi. PMU played key role in defeating Daesh terrorists last year.

Everybody was shocked to know the result. Sadr bloc’s performance represented a rebuke to political elites that some voters blame for widespread corruption and dysfunctional governance.

The election results triggered protests among Turkman, Arabs and Kurds who have rejected the election results. Kirkuk governor had alleged rigging through electronic voting machines. Some 81 newly elected MPs have demanded an emergency session to address the grievances.

In an unprecedented move on Wednesday, the outgoing 328-seat parliament voted in favor of a manual recount of all 11 million ballots from the May 12 poll in response to the charges of electoral fraud. They have also sacked a nine-member independent electoral commission that oversaw the process and replaced the body with nine judges.

Aljazeera correspondent in Baghdad said “Complaints had been raised by a number of parties from across the country in the day after the vote. We heard dissatisfaction from areas in the Kurdish Regional Government (KRG), and the predominantly Sunni provinces of Anbar, Salah al-Din and Diyala.”

“But everything really seemed to kick in yesterday (Tuesday) when Prime Minister Haidar al-Abadi endorsed the findings and the recommendation of a ministerial committee and alleged that there were ‘dangerous violations’ in the election.

Prime Minister Haidar Al-Abadi blamed electronic vote counting devices, which he said had been used without prior inspection for errors.

Intelligence agencies have also confirmed that tests of electronic voting machines – used for the first time in Iraqi elections – produced varied results, appearing to give credence to the fraud claims.

The Sairoon coalition promised to help the poor and build schools and hospitals, which were battered in the war against ISIL, and fiercely opposed any foreign interference in Iraq – whether Iranian or US.

Al-Sadr himself cannot become prime minister as he did not run in the election, but his bloc’s victory puts him in a position to have a strong say in negotiations over the future government.

The formation of a new government may take months as no alliance has won the 165 seats required for an outright majority. Until a new prime minister is chosen, al-Abadi will remain in office.