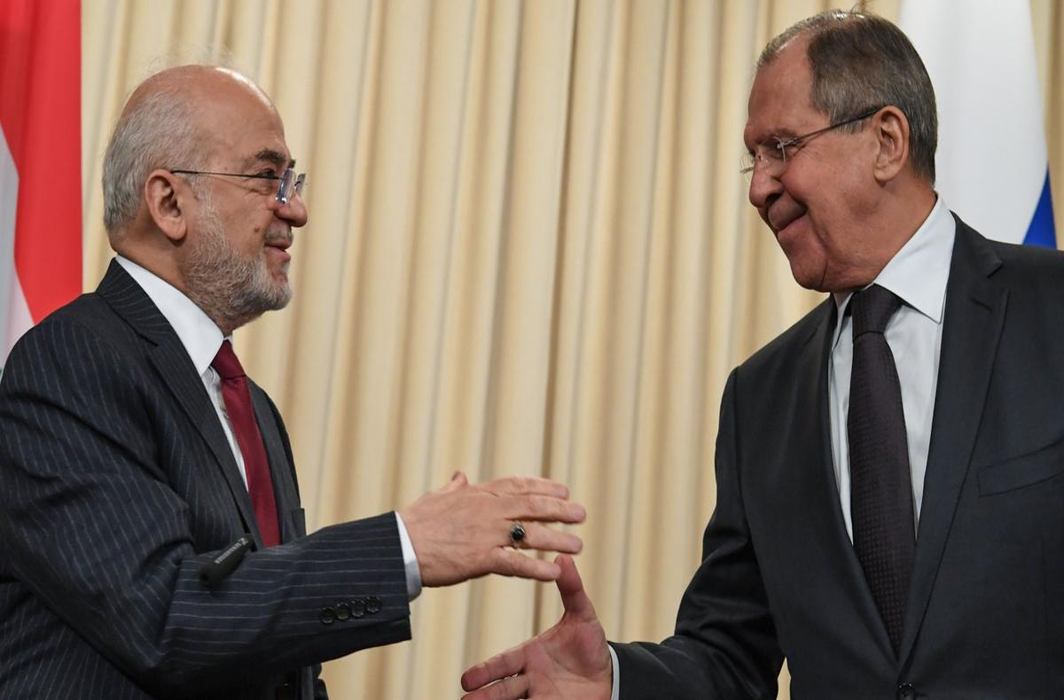 In a major setback to Washington, Iraq has denied permission to US for setting up its permanent military bases on its territory under “any circumstances” as it would be a violation of its sovereignty.

Iraq’s foreign minister Ibrahim Jaafari, while talking to journalists in Moscow during his extended visit on Friday said, “Baghdad firmly rejects the construction of US military bases on its soil”. He asserted that Iraq will “not stand on ceremony” when it comes to the protection of its sovereignty.

Jaafari told that Moscow and Baghdad exchange information on a regular basis and Iraq is receiving assistance from Russia in ensuring security.

TASS had quoted Iraqi foreign minister saying on Wednesday that “It is difficult for a country to be restored after the war alone. Russia is also providing assistance in security area”.

During his interaction with media in Moscow, Iraq’s foreign minister said that in 2014, when Baghdad asked for international help in fighting against Daesh terrorists, it said the potential contribution had to meet the requirements of Iraq’s sovereignty and independence. “Iraq’s sovereignty is our red line” he said.

Iraqi foreign minister Ibrahim al-Jaafari further said that the presence of permanent US military bases in “South Korea, Turkey, Japan and many other countries” long after the end of World War II were in violation of those countries’ sovereignty.

A report from Baghdad said on Thursday that Iraq’s parliament had voted to urge the government to set a timetable for the withdrawal of foreign troops from the country, two months after it declared victory over Daesh (IS) militants.

Earlier in February, Saad al-Hadithi, a spokesperson of the Iraqi cabinet, said that it was logical that (the US-led) coalition would reduce the number of its troops in Iraq after the victory was declared over Daesh (IS) in December.

According to US government there are about 9000 American troops in Iraq. However Department of Defense puts the number far lower. Recently there were reports of moving US troops from Iraq to Afghanistan. However, exact figures about the forces’ redeployment are no clear.

In 2003, US invaded Iraq to topple Saddam Hussein regime under the false pretext of Baghdad possessing weapons of mass destruction. Iraq is the first country in the history of US military presence worldwide where Baghdad virtually forced Washington to withdraw its forces from its territory in December 2011, the first announced withdrawal schedule.

Nuri al-Maliki, the then PM had made it clear that Iraqi parliament could not evolve consensus for their longer stay and asked Washington to withdraw their troops as announced earlier.  Maliki had to leave the office after persistent pressure build up by media campaign projecting him to be responsible for so-called mass killings of Sunni Muslims.

In Late February, Heather Neuert, the spokeswomen of US State Department had warned Iraq for the consequences of extending military cooperation with Russia and striking deals to purchase advanced weapons, especially the S-400 missile systems.

Observers believe that generally US administration succeeds in ‘convincing the host government’ to formally request for extension of their stay. But due to irrevocable Iranian influence in Baghdad no extension was given to the US military presence.

In the recent years Tehran has build up its influence in Iraq and Syria by sending its military advisors and weapons in their fight against Daesh and other armed groups.