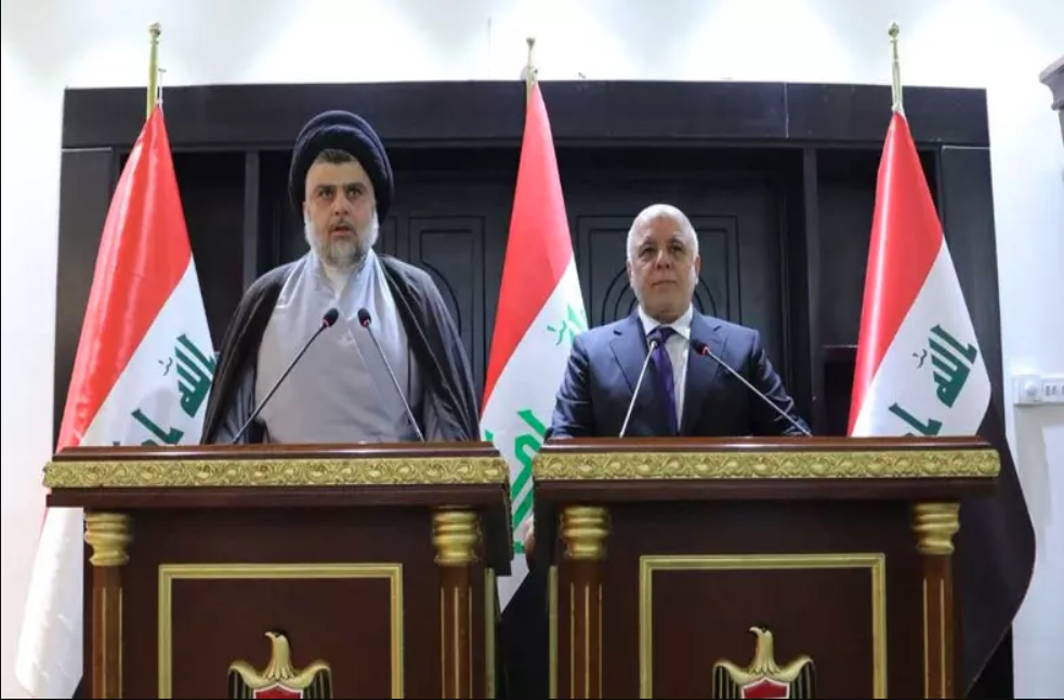 After having three and a half month long dialogue before formation of government, eleven Iraqi political groups, including those led by firebrand cleric Moqtada al-Sadr and Prime Minister Haider al-Abadi have announced formation of largest alliance on Sunday before they form new government.

According to a report quoting a document published by the Iraqi state news agency, the newly announced alliance includes 177 lawmakers out of 329 from 16 electoral lists. It is now in pole position to form the  next government.

On Monday, parliament was convened for the first time after election results declared on May 18. It will elect a new speaker and launch the process of forming a government.

The newly announced alliance does not include Kurdish groups. Since 2003, when Saddam Hussein was toppled by US invasion, country’s power has been shared. The prime minister is a Shiite, the speaker of parliament a Sunni  and the president a Kurd.

Iraqis voted for electing members of the parliament on May 12 since the defeat of Daesh (IS) but a contentious recount process delayed the announcement of final results until last month.

Uncertainty over the make-up of the new government has raised tensions at a time when public frantic protests were reported from different cities over poor basic services, high unemployment and the slow pace of rebuilding.

The recount of the votes delayed the process of formation of new government by three months. However, it has not changed the initial results, with Sadr, a populist Shiite cleric, retaining his lead of 54 seats. Abadi’s bloc remained third with 42.

The elected members of the 329 members of the Council of Representatives, the country’s unicameral legislature, will elect the President and Prime Minister. The Iraqi parliament ordered a manual recount of the results on 6 June 2018.  However, on 10 June, a storage site housing roughly half of the ballots in Baghdad caught fire.

Meanwhile Iraqi News portal reported Haider al-Abadi saying on Sunday that he will attend Parliament session on Monday “as prime minister and a winner of the elections”. However, he added that he will not take oath at the parliament tomorrow (Monday) because that will prevent him from assuming his executive tasks as a prime minister.

Iraqi President Fuad Masum issued a decree last week, ordering the newly-elected parliament to convene Monday under the leadership of oldest lawmaker, a move which precedes the election of the new president and formation of the new cabinet.

Under the Iraqi constitution, 15 days after final election results are endorsed by the Federal Supreme Court, the new parliament must hold its first session during which the speaker will be elected.

New president will be elected within three days of the legislature convening and the president will then ask the largest parliamentary bloc to form a cabinet. President is elected by the parliament by a two-thirds majority and is limited to two four-year terms.