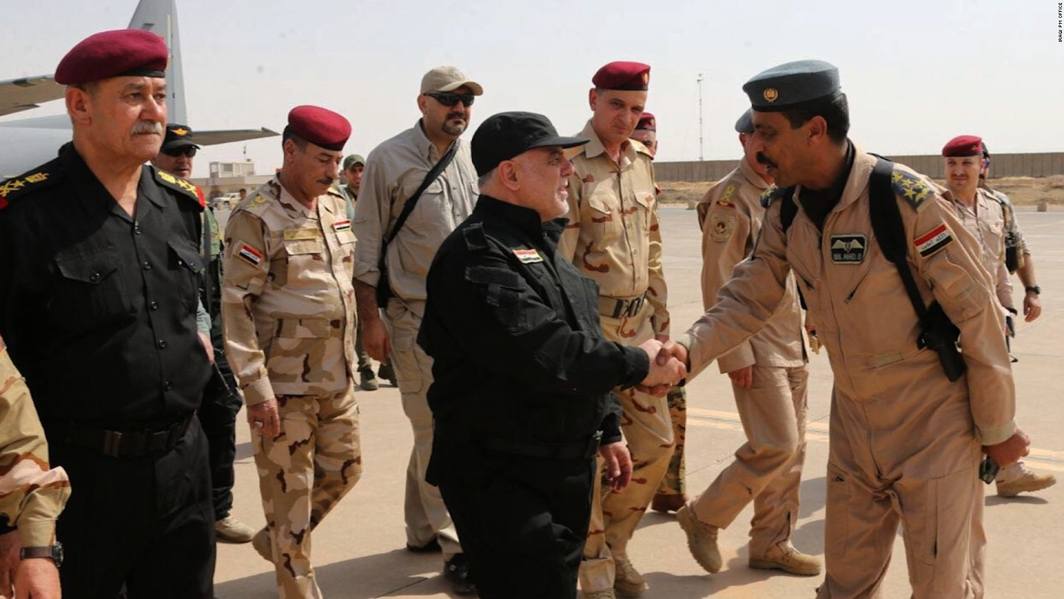 At the end of an eight-month-long street-to-street fight, Iraqi Prime Minister Haider al-Abadi has on Sunday evening announced a “final victory” over the Islamic State forces in Mosul, 400 km north of Baghdad. Once considered the financial capital of Iraq and situated closer to Syria and Turkey than Baghdad, Mosul is now a city of ruins.

A statement from the prime minister’s office in Baghdad said, “The commander-in-chief of the armed forces (prime minister), Haider al-Abadi, arrived in the liberated city of Mosul and congratulated the heroic fighters and the Iraqi people on the great victory. Al-Abadi said the battle is settled and the remaining pockets of the IS are encircled in the last inches of the city.” The operation was launched in October last year.

Locally known as Daesh, the Arabic acronym of Islamic State of Iraq and Syria, the IS is known for its hardline Wahabi ideology and considers all Muslims not subscribing to it to be kafir or unbelievers. Hence they are also known in Arab streets as the takfiri (people who call others kafir).

Just before the fall of Mosul, the IS terrorists had vowed to fight to death. They sent out veiled women bombers among thousands of wounded, malnourished and fearful civilians, who were fleeing heavy clashes between government troops and the terrorists.

Brigadier General Yahya Rasool, spokesperson for the Iraqi Joint Operations Command, said on Sunday that soldiers from Nineveh Liberation Operation had killed 30 militants attempting to get away by swimming across the Tigris. Mosul happens to be the capital of Iraq’s Nineveh province.

Just before the announcement of victory, Iraqi Army soldiers and volunteer fighters from popular mobilisation units, known in Arabic as the Hashd al-Sha’bi, had made sweeping gains against the IS.

According to an estimate, some 8.62 lakh people have been displaced from Mosul since the Iraqi Army commenced operations. However, about two lakh civilians have returned to liberated areas in eastern Mosul.

In 2014, Abu Bakr al-Baghdadi had declared his self-styled Caliphate during a Friday sermon at the Al-Nuri mosque in Mosul. That was the first and only time the terrorist leader spoke publicly to his followers. The historic mosque and a landmark tilting minaret were devastated by IS terrorists days before their defeat.