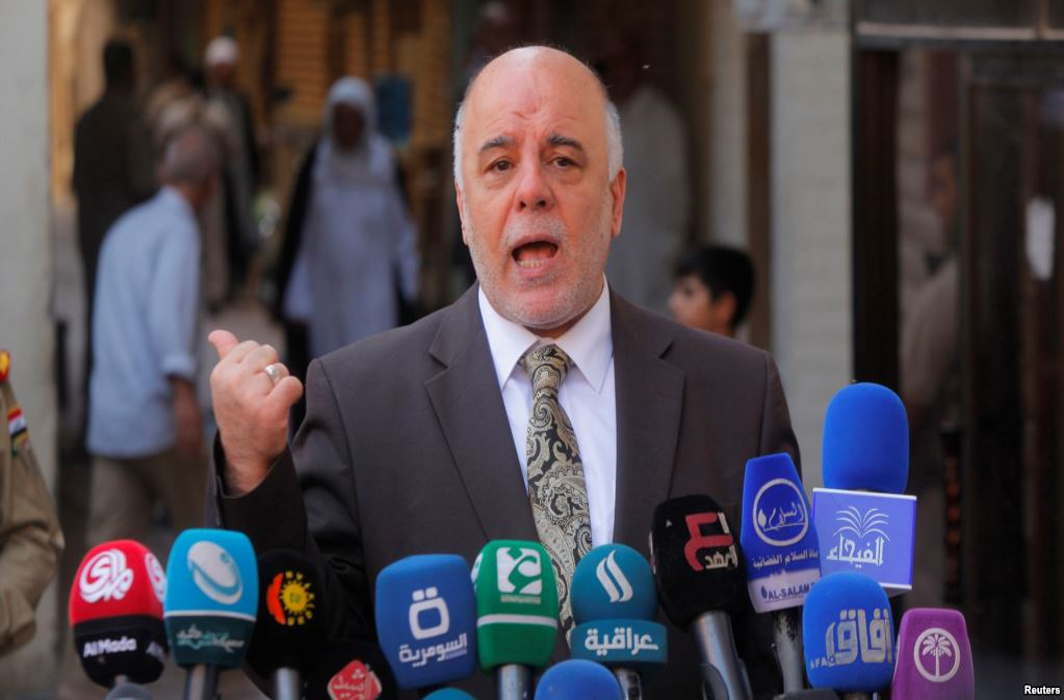 The controversy over Iraq’s parliamentary election results has deepened further after burning of a warehouse where ballot boxes were kept in Baghdad on Sunday. Prime Minister Haider al-Abadi, whose coalition stood third in the recent elections,hassaid that burning of the warehouse was part of a plot to sabotage the country’s democratic process.

According to Al-Jazeera, Prime Minister’s comments were the most high-profile indication that the fire in the Iraqi capital was deliberate.”Burning election warehouses … is a plot to harm the nation and its democracy. We will take all necessary measures and strike with an iron fist all who undermine the security of the nation and its citizens,” he added.

Prior to his remarks, Salim al-Jabouri, the outgoing parliament speaker said that the fire was intentional and called for a repeat of the election.

The statement issued by Jabouri said, “The crime of burning ballot box storage warehouses in the Rusafa area is a deliberate act, a planned crime, aimed at hiding instances of fraud and manipulation of votes, lying to the Iraqi people and changing their will and choices.  We call for the election to be repeated.”

He also called for those responsible to be brought to justice by the security forces.Jabouri has lost his seat in the recent elections.

Moreover, Kazem al-Shammari, a spokesman for the Sunni Wataniya alliance, which won 21 seats in the recent elections, was quoted  by London based al-Araby al-Jadeed, as saying that “there was no such incident in all previous election cycles, and the fire coincides with the decision to manually re-count the ballot boxes.This indicates a lot of manipulation and forgery, so the forgers sought to hide the crime by burning the boxes.”

Adel Nouri, a member of the Iraqi Parliamentary Integrity Commission has also alleged that the ballot boxes were deliberately set on fire. He was quoted saying, “The criminals manipulated the results of the elections because they know that the results that were announced are not true, so they burned the ballot boxes.This crime is not an ordinary crime and not a passing incident, but a major crime and a great betrayal of the country.”

He called on al-Abadi and the responsible authorities to “open an urgent investigation to catch the perpetrators and determine the cause, so as to know who had committed this crime”.

After allegations of fraud during the May 12 elections parliament has passed a resolution for a recount of 11 million votes last week. The outgoing parliament also called for the Independent High Elections Commission’s leadership to be replaced by nine judges.

The cause of dubious fire accident was not immediately known but a local official said that boxes, part of a manual recount of votes from the al-Rusafa district in eastern Baghdad, had all been scorched.

Mohammed al-Rabeei, a Baghdad province council member, said,”I can tell you all the boxes and papers have burned,”

However, an interior ministry spokesman Major General SaadMaansaid that the fire had destroyed some documents and equipment but first responders on the site were trying to prevent it from spreading to ballot boxes.The warehouse is one of four at the site and contained documents and electronic equipment.

He further said, “It is possible there were also some ballot boxes in the warehouse that caught fire, but most of the important boxes are in the three warehouses where the fire has been controlled.”

According to intelligence services, however, tests of electronic voting machines – used for the first time in Iraqi elections – produced varied results, appearing to give credence to the fraud claims.

Negotiations over the formation of a new government are expected to drag on for months as no alliance won the 165 seats required for an outright majority. In the past, similar talks lasted up to nine months.Until a new prime minister is elected, incumbent PM Haider al-Abadi will remain in office.