Happy 25th birthday: Everything you need to know about Ishaan Khatter 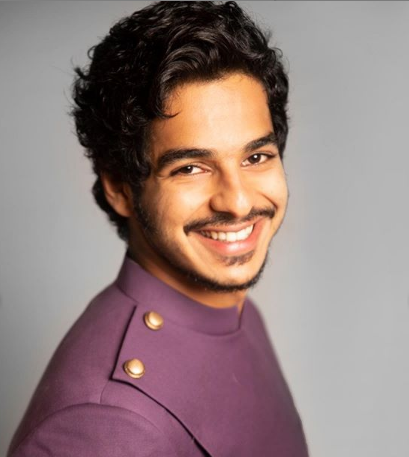 Actor Ishaan Khatter turned 25 today. The day calls for an even bigger celebration as the actor has also completed three years in Bollywood this month since he featured in Beyond the Clouds. Though Dhadak is touted to be his first Bollywood commercial film, that gave the actor the much-deserved launchpad to the mainstream cinema.

#beyondtheclouds Trailer out at 2pm today

From being a child artist to his recent role in Mira Nair’s The Suitable Boy, Khatter has taken a steep rise in his acting career, which has made him one of the most prominent young actors in the film industry in the recent years.

Born to a family full of actors including mother Neelima Azeem, father Rajesh Khatter and elder step brother Shahid Kapoor, the actor has inherited the amazing acting skills which shows in his performance.Though his films did not open to positive views, his acting has been unanimously praised by the audience.

Your wingman for life

Before making an acting debut in Majid Majidi’s Beyond The Clouds in 2017, the actor has played a role of 10-year-old child in an ensemble cast of child actors including Parth Dave and Shweta Basu Prasad in his brother Shahid’s film ‘Vaah Life Ho Toh Aisi’. He had also assisted director Abhishek Chaubey on Udta Punjab starring Shahid, Kareena Kapoor, Alia Bhatt and Diljit Dosanjh in the lead roles. As a cameo, he also appeared in a few scenes of the movie.

After completing Majidi’s project, the actor grabbed the Dharma Production’s backed Dhadak opposite then newcomer Jahnvi Kapoor, daughter of Sridevi. The romantic drama directed by Shashank Khaitan, Dhadak is a remake of south hit film Sairat.The film did not perform well at the box office, but Khatter was critically appreciated.

Recently, Khatter appeared along with Ananya Pandey in action drama Khaali Peeli directed by Maqbool Khan and produced by Ali Abbas Zafar. The action drama due to Covid-19 pandemic could not make it to theatres and was released on OTT platform. Khaali Peeli failed to impress the audience owing to its stereotype storyline as per reports.

Alright pardner. You ready? Up up and awayyyyyyyy 🚕

Currently the web-series ‘The Suitable Boy’ which is  based on the novel of same name is streaming on Netflix. It features Khatter as the son of a politician, who falls in love with an elderly woman played by veteran actor Tabu.The recently released series has gained traction among the viewers in the past few days.

Meanwhile, on the work front, Khatter will next be seen in a war drama ‘Pippa’ and a horror comedy ‘Phone Bhoot’. Well, we cannot wait to see how the actor surprises us with his upcoming stints. Here we wish the actor a happy 25th birthday.