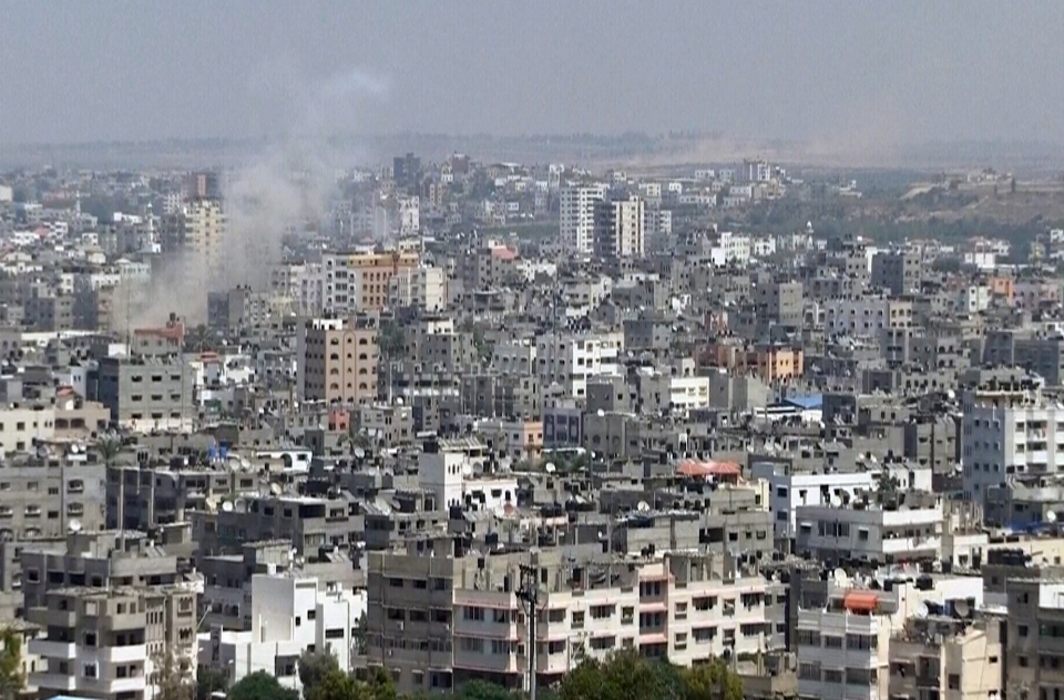 Both sides claim to hit back if violation occurs

However, a Hezbollah owned Lebanese network has quoted Israeli Transport and Intelligence Minister Yisrael Katz saying that there was no proposal regarding a military operation in Gaza and denied reaching a ceasefire with Palestinian resistance in the besieged enclave.

Katz, while speaking in an interview in a Ynet studio on Wednesday, said “Cabinet is currently reviewing no proposal by a certified authority to act in an initiated manner to subdue Hamas in Gaza”.

Katz reacted on Hamas’s announcement of a ceasefire saying, “Israel does not hold ceasefires. Our rules of engagement have changed. I won’t be surprised if Hamas realized that and we may indeed be facing a calm, just as soon as they stop firing. Israel doesn’t have anything to do in Gaza.”

However, Jerusalem Post, a prominent Israeli newspaper reports that “The rocket and mortar fire from Gaza has ceased because of significant strikes that the IDF (Israeli Defense Forces) carried out overnight in Gaza,” a senior source in the Israeli defense establishment said Wednesday.

The Israeli Defense official further said, “The IDF launched a significant strike overnight in Gaza and we have acted responsibly, and since the morning the fire has stopped. Israel has delivered a message that if the fire resumes, the attacks on Hamas and the other groups will intensify,” he said.

Earlier Doha based Aljazeera reported that Hamas said on Wednesday that armed groups in the Gaza strip had agreed to deal with Israel following a night of air attacks targeting several Hamas and Islamic Jihad positions in the coastal enclave.

Aljazeera and Tehran based Press TV quoted Khalil al-Hayya, Hamas Deputy chief in Gaza saying in a statement, “A number of mediators intervened in the past hours, and an agreement was reached to return to a ceasefire in Gaza”.

He further said, “After the resistance succeeded in confronting the [Israeli] aggression … there was a lot of mediation in the past hours. An agreement was reached to return to the (2014) ceasefire understandings in the Gaza Strip. The resistance factions will abide by it as long as the Occupation does the same.”

Israel’s Reshet Bet reported that over 180 rockets and mortars were launched towards Israeli civilian areas, and earlier on Wednesday the IDF released an info graphic of 65 airstrikes carried against Hamas targets in the Gaza Strip in response to the over 24 hours of fire launched from the enclave.

Press TV reports that Israeli tank fire and airstrikes hit Gaza on Tuesday. The Tel Aviv regime said its assault came in response to a barrage of rocket and mortar rounds fired at the occupied territories.

Palestinian Authority President Mahmoud Abbas said Israel’s “fierce aggression” on Gaza “indicates that the occupation does not want peace. However, we want peace and we demand peace.”

The military wings of Hamas and the Palestinian Islamic Jihad claimed the “responsibility for the striking of military positions and Zionist settlements,” saying their strikes were in response to Israeli attacks targeting their positions in recent days.

They said in a rare joint statement that Israeli “crimes cannot be tolerated,” warning that “all options will be open” to them.

Late on Tuesday, Islamic Jihad spokesman Dawoud Shihab told AFP that after Egyptian mediation a “ceasefire agreement was reached with Israel to return to calm. All factions, including Hamas and Jihad, are committed to understandings for calm.”

Observers believe that Hamas strikes on Israeli targets were serious. Egyptian government is considered to be ally of US and Israel. Mediation from Egyptians indicates Israel’s frustration in recent days.

There were reports that after escalation in the attacks from Syria forces and Hamas in Gaza on occupied territories there have been rise in insurance business. Recently American and Israeli citizens went into bunkers to save themselves in occupied Golan Heights from Syrian missile attacks.