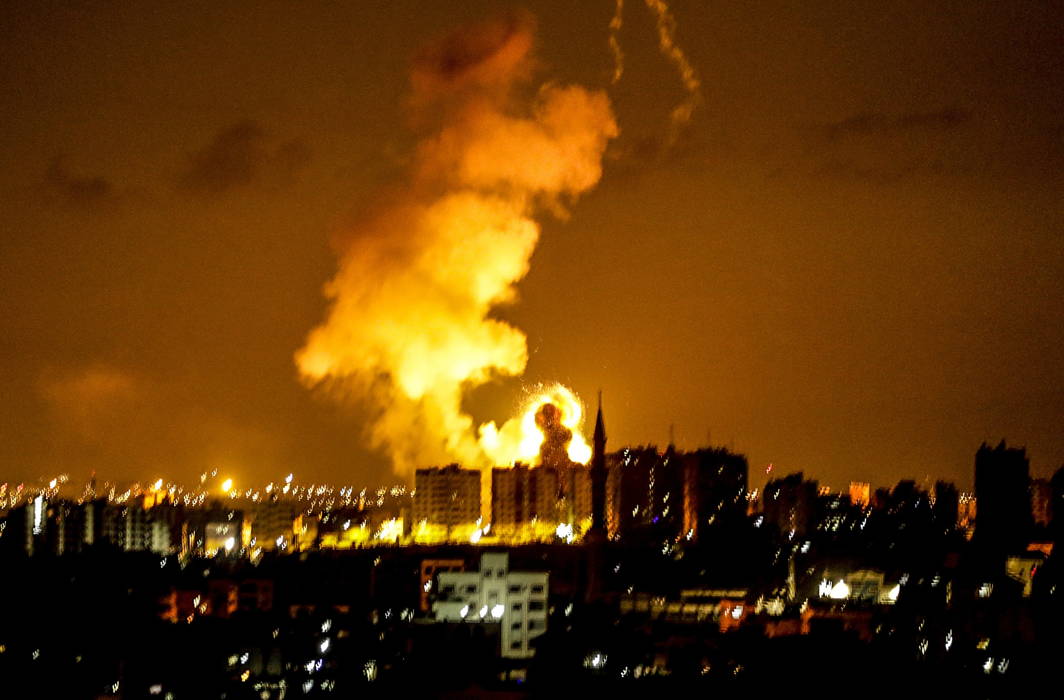 Jerusalem Post, quoted IDF spokesperson saying, “These are terrorist acts that endanger Israeli residents living in southern Israel and damage extensive areas in Israeli territory. We have fired warning shots against groups who were responsible for the arson and destruction in Israel, and have carried out attacks against infrastructure used by these groups. “

The spokesperson further said, “The IDF’s intelligence and operational capabilities will allow it to increase these strikes as necessary. We are determined to continue to act with increasing intensity against these acts of terror as long as required, using the variety of tools at its disposal.”

According to Israeli media reports, earlier on Sunday, an Israeli aircraft fired a group of Palestinians who were launching arson balloons in the southern Gaza Strip and at the infrastructure from which the groups had been operating a vehicle they had been using.

The report said that over the last few weeks, extensive damage to farmland surrounding the Gaza Strip was caused by arson balloons and incendiary kites sent from with the coastal enclave (Gaza).

The IDF spokesman asserted, “The Hamas terror organization is accountable for all violence emanating from the Gaza Strip and it will bear the consequences.”

Meanwhile Tehran based Press TV reports that Palestinians have fired rockets towards Israel after warplanes bombed parts of the besieged Gaza strip early Monday in an escalation which prompted warnings of a new war.

Press TV’s description of the sequence of events indicate that Israel has started air-strikes on Monday morning provoking Hamas to retaliate with rocket fires. Iranian media call Israeli citizens as “settlers” as it does not recognise Israel as a country and says that whole of Israel is established on occupied Palestinian territory.

On Sunday, an Israeli military official had warned that if they were to respond more harshly to the kites being sent from the Gaza strip, it would lead to war.

Meanwhile Israeli newspapers have reported that two of the rockets landed inside Israel, while the third appeared to be have fallen short of reaching its target. There were no immediate reports of injuries on either side.

Earlier Israeli media had reported that Tel Aviv may begin carrying out assassinations by air strikes, especially those actively preparing balloons or kites for launching.

Flying kites and balloons has become a new mode of resistance since Palestinians began their weekly “right to return” protests near a fence separating the Gaza strip from Israel on March 30.

Meanwhile, Beirut based Hezbollah owned Al-Manar TV reports that IDF, what they call as Israeli Occupation Force (IOF) has said that its aircraft on Sunday targeted a “leading figure” behind the launching of balloons and kites into occupied territories from the besieged Gaza Strip.

Around two million people live in Gaza, most of them stateless descendants of refugees from the occupied land, now Israel. Egypt and Israel, both US allies, maintain a blockade of the strip causing an economic crisis and collapse in living standards over the past decade.

Israeli officials claim that the kites and balloons launched by Palestinians have burned thousands of acres of farmland, forests and natural reserves in the region around the Gaza strip.