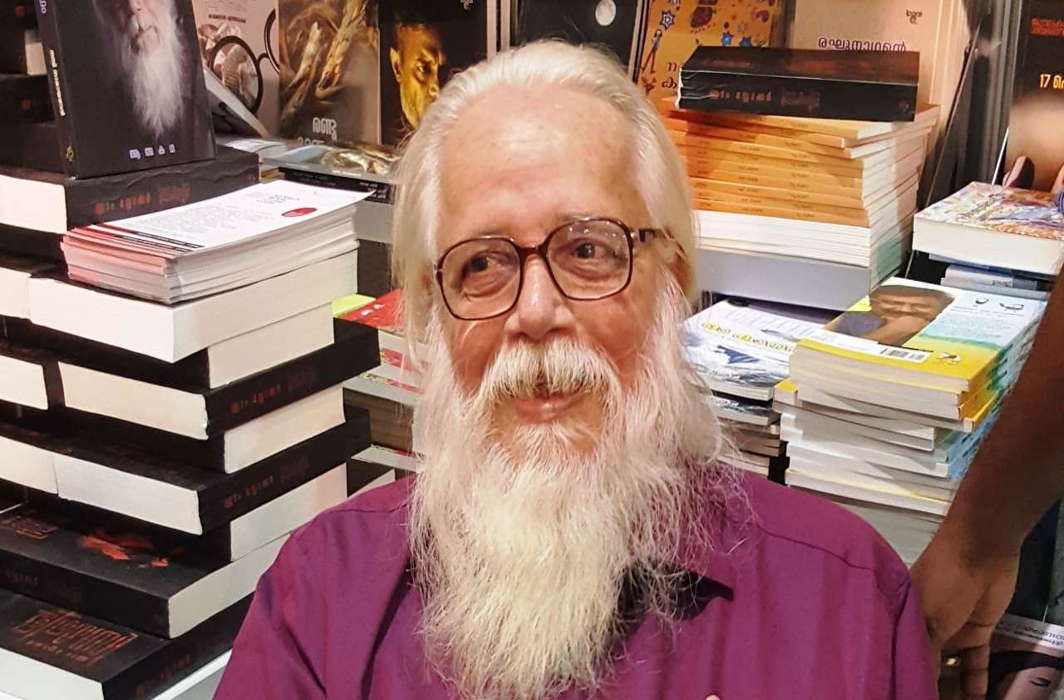 The Supreme Court on Friday, September 14, held that the arrest of ISRO scientist Nambi Narayanan was needless and unnecessary and, acknowledging that he was subjected to immense mental and physical torture, awarded him a compensation of Rs.50 lakh.

A three-judge Bench led by Chief Justice of India (CJI) Dipak Misra also ordered the setting up three-member panel headed by former Supreme Court judge DK Jain to probe the framing of Narayanan in the spy case and ascertain whether action needs to be taken against erring police officials. Of the two other members, one each would be nominated by the Centre and the State of Kerala.

The order comes as another victory for the former Indian scientist who had been fighting a 24-year-long battle for justice after he was falsely charged with espionage.

“You cannot call me a criminal, traitor anymore… They (Kerala Police) should be ashamed of what they have done… It caused tremendous mental torture and humiliation…. The Supreme Court judgement has brought me peace of mind … I am very old now… I want to spend some time at least now with my family,” Narayanan told NDTV.

Narayanan, who was cleared of all charges by the CBI and the Supreme Court earlier, had sought action against senior police officials for framing him and his colleague in the infamous ISRO spy scandal.

The scandal not only ruined the careers of two brilliant scientists — Narayanan and D Sasi Kumar  — but also set back by decades the progress in the cryogenic engine development programme, which was meant to power the heavy lift Geosynchronous Satellite Launch Vehicle (GSLV) for deploying heavy communication satellites.

Nambi Narayanan was a scientist at ISRO and was in charge of the Cryogenics division. He is said to have introduced the liquid fuel rocket technology in India in the early 1970s.

In 1994, he was falsely accused of leaking defence secrets to enemy countries and was arrested by the Kerala Police on allegations of espionage under the Official Secrets Act on November 30, 1994.

Narayanan was arrested and spent 50 days in jail.

The CBI, which took over the probe from the Kerala Police in 1996, said the case against Nambi Narayanan was baseless, and closed it. The CBI report also listed several lapses committed by the police officers and recommended action against them.

Narayanan was acquitted of all charges in 1998 and the top court granted compensation of Rs. 1 lakh to him and others who were discharged in the ISRO spy case. The state government was directed to pay the amount.

He had then initiated litigation for action against erring police officials who had framed the false case against him. He had accused the Kerala Police and Intelligence Bureau of torturing him with a view to extracting statements from him.

He first approached the National Human Rights Commission (NHRC) seeking compensation for the torture and agony inflicted upon him. The NHRC had awarded him an interim compensation of Rs. 10 lakh.

However, a Division Bench of the Kerala High Court had turned down his plea for action against erring police officials. Narayanan had approached the apex court against a Kerala High Court’s judgment, stating that no action was required against officers associated with the investigation — former DGP Siby Mathews and former SPs KK Joshua and S Vijayan. All the officers have retired. Narayanan sought action against police officers who probed the espionage case against him.

Narayanan, in his autobiography, says the spy case was actually a US Central Intelligence Agency (CIA) plan to sabotage a crucial ISRO project, according to a report in the FirstPost. He says that after the whole spy angle came into play, the scientist’s questioning was taken over by the Intelligence Bureau (IB) whose real target was the ISRO, with the Indian intelligence officers acting in connivance with the CIA.

He claims that at the time the US was dead against India developing an indigenous rocket launch technology as it would have harmed its commercial interests in space research. The US not only denied India the technological know-how but also pressured Glavkosmos, an official space affairs entity of the former Soviet Union, to abandon the deal relating to the exchange of technology.

The Missile Technology Control Regime (MTCR) led by the US contended that the cryogenic engines could be used by used by India to power its military. However, as a report in The Wire points out, that a cryogenic engine was especially unequipped to deal with military situations as it takes days to fuel the engine whereas military equipment usually needs to be ready to use on short notice.

The report stated that had the deal gone through in the 1980s, it would have cost India only Rs 230 crore.

After the technology was denied, a group of scientists led by Narayanan started working to perfect an indigenous cryogenic engine when the CIA moved in and sabotaged the project.

“If ISRO had achieved cryogenic engine technology, the organisation would by now have been in a position to return to government billions of dollars,” he said referring to the commercial aspect of the technology. The main objective of those behind the case was clear and it was to ‘demoralise’ Indian scientists, he pointed out.