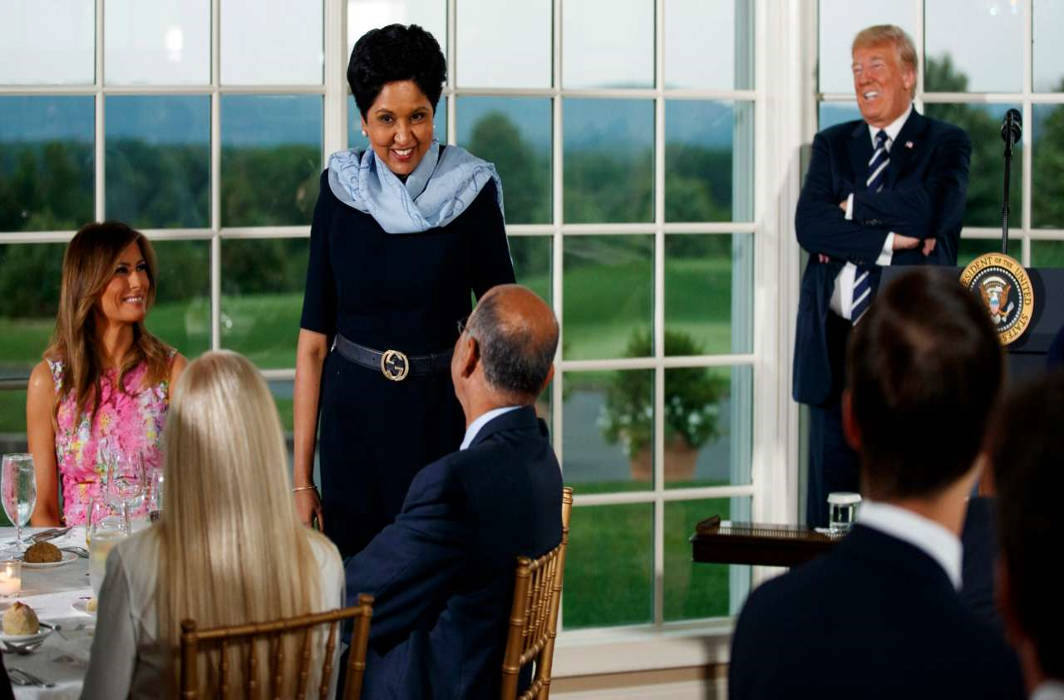 The white house is considering Indra Nooyi as one of the candidates to head the World Bank. She is the former PepsiCo CEO and is in the run with Theasury Department official David Malpass and Overseas Private Investment Corp CEO Ray Washburne, to succeed Jim Yong Kim, who is stepping down on February 1st.

Nooyi is India- born, aged 63. She stepped down as PepsiCo’s chief last August after leading the company for last 12 years.

Indra Nooyi “has been courted as an administration ally by Ivanka Trump, the president’s eldest daughter who is playing a role in the selection of a nominee,” the The New York Times said. Ivanka Trump tweeted that she views her as a “mentor + inspiration” and hence wants her as a potential successor to World Bank chief.

Ivanka Trump’s “role in the process drew some criticism from ethics watchdogs Monday, which said it could pose a conflict of interest for the president”s daughter to be involved in international economic matters when she has not completely divested from her assets,” media reports said.

Kim announced a sudden departure which is scheduled on February 1st to join private equity fund Global Infrastructure Partners , more than three years prior to his tenure ending in 2022, amidst some falls out with the current administration under Donald Trump over issues like climate change and the need for more development resources.

A candidate of the United States is ensured to get the position. The United States, which has a controlling voting interest in the World Bank, has traditionally chosen the institution’s leader since it began operations in 1946 in an informal arrangement that leaves the sister world body, the International Monetary Fund (IMF) to Europeans. Kim, the current World Bank president is Korean-American while the current IMF chief Christine Lagarde is French and succeeded another French, Dominique Strauss-Kahn.