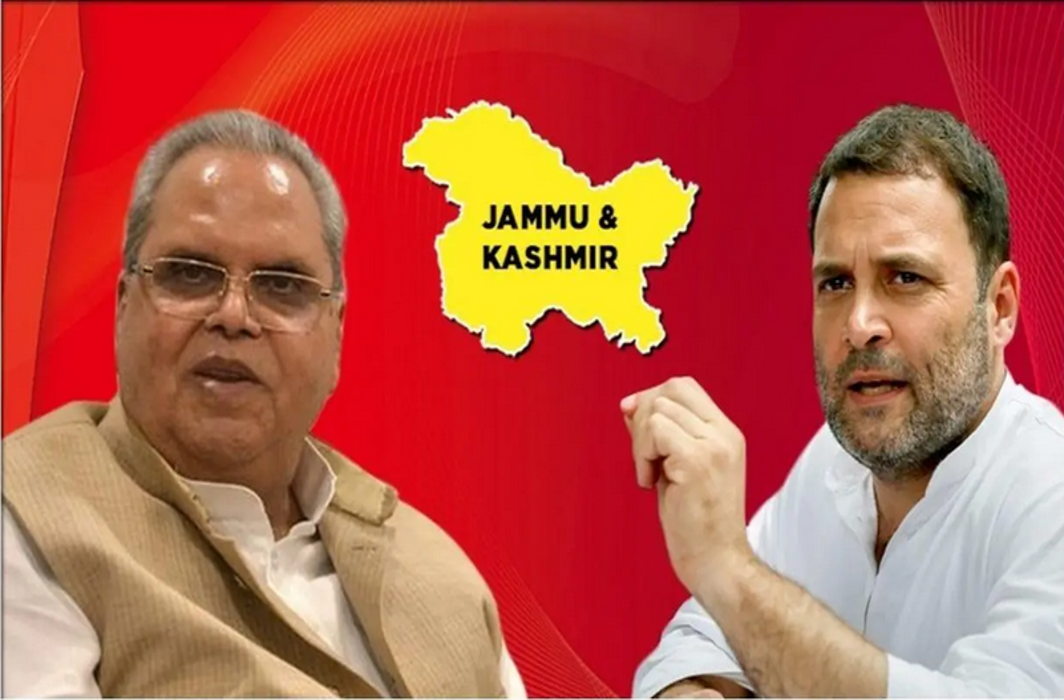 A dozen leaders of Congress and other Opposition parties who landed at Srinagar airport today (Saturday, Aug 24) were sent back to Delhi, news agency ANI reported.

The leaders had said they were going to “see the ground situation in the state”, where restrictions have been in place since the beginning of this month.

The J&K administration, which is under the Union government, had asked political leaders “to cooperate and not visit Srinagar”.The Jammu And Kashmir Information and Public Relations Department on Friday tweeted political leaders should not “not visit Srinagar as they would be putting other people to inconvenience” at a “time when the government is trying to protect the people of Jammu and Kashmir from the threat of cross border terrorism and attacks…”

Restrictions have been imposed in Jammu and Kashmir since the Centre withdrew special status from the state and divided it into two union territories on August 5.

Meanwhile, while journalists have been protesting restrictions, the Press Council of India has moved the Supreme Court supporting the Centre and J&K government’s decision to impose restrictions on communication in the state, PTI reported.

The application filed by the PCI has sought the intervention of the apex court in the petition filed by Anuradha Bhasin, Executive Editor of Kashmir Times. Bhasin had sought the removal of restrictions on communication which she said were coming in the way of journalists’ right to exercise their profession.

The application on behalf of the PCI was filed by advocate Anshuman Ashok on Friday. In the application, the PCI has justified the communication blockade saying that due to the security concerns there can be reasonable restrictions on the media.

Among the parties that were part of the Opposition’s all-party delegation that landed at Srinagar were Congress, CPI(M), CPI, Rashtriya Janata Dal, Nationalist Congress Party, Trinamool Congress and the DMK.

Ghulam Nabi Azad and Anand Sharma were the senior Congress leaders other than Rahul Gandhi who flew to Jammu and Kashmir.

Azad has been stopped at Jammu airport twice, most recently on Tuesday, and was “forcibly” sent back to Delhi both times.

“We are all responsible political parties and leaders. We are not going to break any law. The Jammu and Kashmir situation is very concerning. It’s close to 20 days. No news for 20 days. The government says the situation is normal. But then they don’t allow leaders to go? Haven’t seen such contradiction… If it’s normal, why aren’t we allowed?” Azad said before he left for the airport this morning in Delhi, news agency ANI reported.

They had planned to visit other parts of the state. So far, the government has not allowed any political leader to enter the state.

Some 400 politicians, including former Chief Ministers Omar Abdullah and Mehbooba Mufti, are under arrest in Jammu and Kashmir

Earlier this month Governor Satya Pal Malik had invited Rahul Gandhi –offering a state aircraft – tosee the situation on the ground. “I have invited Rahul Gandhi to come here. I will send you a plane, to observe (the situation) and then speak up. You are a responsible person and you should not speak like this,” Malik said on August 11, to Mr Gandhi’s comments that reports of “violence and deaths” had come from Jammu and Kashmir.

“Rahul Gandhi is politicising the matter by seeking to bring a delegation of opposition leaders to create further unrest and problems for the common people,” Malik had said in a statement.

Some 400 politicians, including former Chief Ministers Omar Abdullah and Mehbooba Mufti, are under arrest. The restrictions are still in place at several areas in the state.

CPI(M) general secretary Sitaram Yechury has filed a writ petition in the Supreme Court for production of party leader Mohammed Yousuf Tarigami, who has been under detention in Jammu and Kashmir since the Centre abrogated provisions of Article 370, the party said today.

The writ petition has been filed under Article 32 of the Constitution, the CPI(M) said.

Tarigami, a member of the Central Committee of the CPI(M) and four-time MLA of the dissolved Jammu and Kashmir Assembly has not been keeping well, party sources said.

Yechury had travelled to Srinagar earlier this month to visit Mr. Tarigami but was denied entry.

Meanwhile, The Indian Express reported that the Centre has reached out to two former chief ministers of Jammu and Kashmir, Omar Abdullah of National Conference and Mehbooba Mufti of the Peoples’ Democratic Party, raising the possibility of re-opening some space for political dialogue in the Valley.