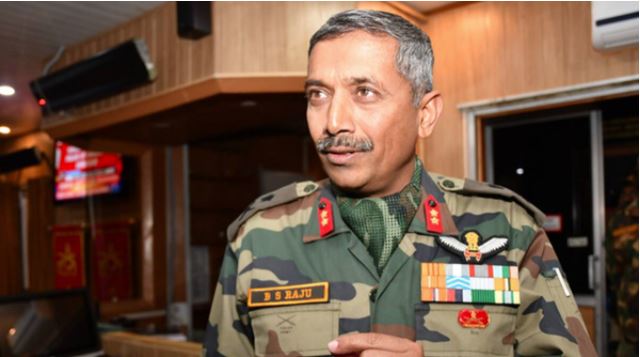 The erstwhile state of Jammu and Kashmir has now gone past the stage of uneasy calm, said Lieutenant General BS Raju, Commander of the Army’s Chinar Corps, which is responsible for operations along the Line of Control (LoC) and against militancy. Speaking to the media, Raju said the combination of efforts including additional technology and personnel along the LoC and drones to monitor movement, the army had been able to stop infiltration substantially.

Speaking on curbing militancy, Raju said the army had been able to keep the violence and terrorist number under control so that people can continue to do their jobs. He pointed out that Pakistan has not shown any will to stop infiltration. As per 2020 figures, over one-third of local recruits have a life span of less than three months once they join militancy. Around 44 percent are killed within six months, and nearly two in every three (62.6 percent) are killed in less than a year, the data shows.

Lt General Raju made the statement a day before the Narendra Modi government amended the Jammu and Kashmir Panchayati Raj Act to include a third tier of governance, at the district level, to set the stage for panchayat and district development committee elections.

Raju’s statement came after 14 months have passed since the Central government revoked the special status of Jammu and Kashmir under Article 370 and Article 35A of the Constitution.

In another related development, National Conference president Farooq Abdullah was unanimously chosen as the chairperson of the People’s Alliance for Gupkar Declaration in Jammu and Kashmir on Saturday with People’s Democratic Party president Mehbooba Mufti selected to be his deputy. They adopted the erstwhile Jammu and Kashmir state flag as their symbol demanding a return of the erstwhile state to its special constitutional status under Article 370.