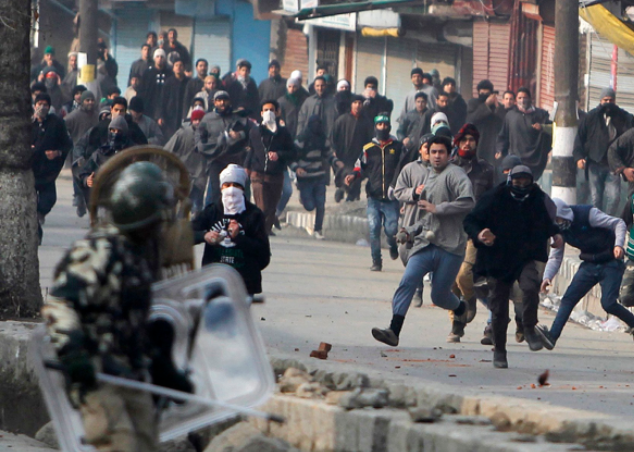 The Jammu and Kashmir Police on Sunday denied security clearance for passport verification and government services to the stone pelters.

A circular order issued by the Criminal Investigation Department of the J&K police, said it will not give security clearance for passport verification and government services to those involved in stone-pelting and other subversive activities.

Following the order, the senior superintendent of police (SSP), CID, Special Branch of Kashmir, directed all the field units to ensure that the person’s involvement in law and order, stone-pelting cases be specifically looked into along-with any other verification related to government schemes.

The SSP said that digital evidence like CCTV footage, photographs, videos and audio clips, available in the records of the police and security agencies be also referred during the verification process. Any subject found guilty in any such cases must be denied security clearance, the SSP said.

In an exclusive report, The Indian Express had reported that the J&K administration had asked the people to verify that whether any family member or close relative is associated with any political party or organisation has not participated in any political activity or any prescribed / banned / banned organization like Jamaat-e-Islami.

As per the new amendment, the serving employees will have to provide complete details of one’s posting and promotion from the date of appointment in case of need for re-verification from CID.

Apart from this, the job details of one’s parents, spouse, children and stepfather, children, mother-in-law, brother-in-law and sister-in-law will also be given.

In other India News, Amit Shah praised the Yogi Adityanath for grabbing top spot in maintaning the law and order situation of Uttar Pradesh