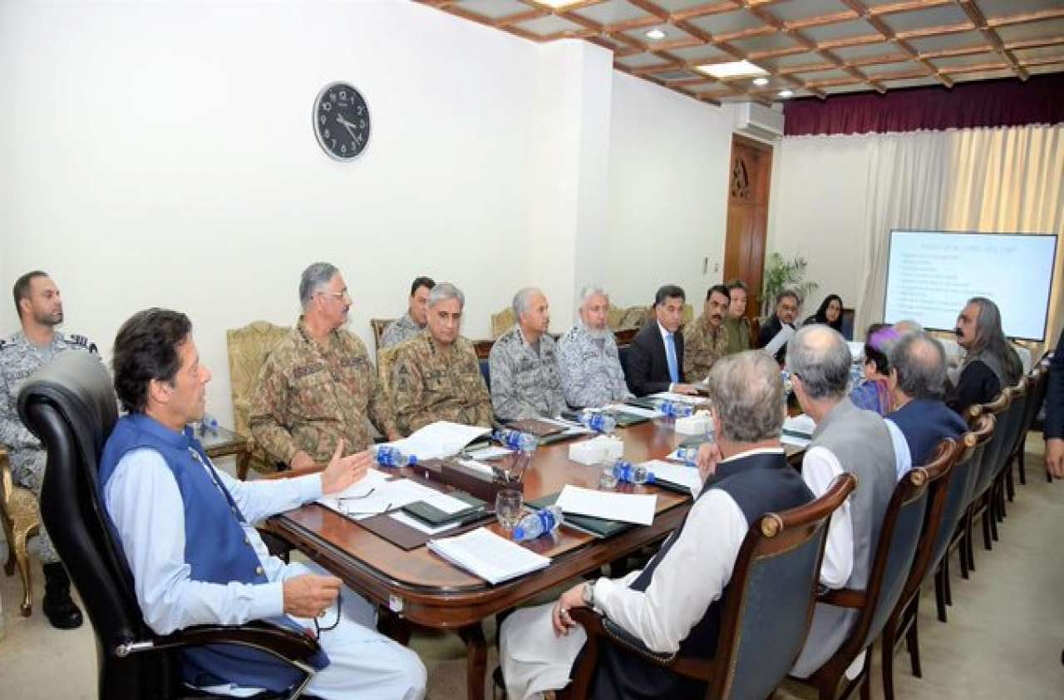 Responding to Pakistan’s announcement that it was downgrading diplomatic relations with India over scrapping of Jammu-Kashmir’s special status, India reacted calmly but firmly today (Thursday, Aug 8).

Rather than resorting to a retaliatory step, India regretted Pakistan’s move and urged it to review its decision so that “normal channels for diplomatic communications are preserved” and said the Pakistani actions were aimed at presenting an “alarmist picture to the world.”

“The Government of India regrets the steps announced by Pakistan yesterday and would urge that country to review them so that normal channels of communications are preserved,” it said.

India reiterated that its decision pertaining to Article 370 is an internal matter, adding that it was not surprised that developmental initiatives in Jammu and Kashmir are “negatively perceived” in Pakistan.

“The recent developments pertaining to Article 370 are entirely the internal affair of India. The Constitution of India was, is and will always be a sovereign matter. Seeking to interfere in that jurisdiction by invoking an alarmist vision of the region will never succeed,” the Ministry of External Affairs (MEA) said in a statement.

Pakistan yesterday expelled the Indian envoy in Islamabad and announced a downgrade of its ties with India and suspension of bilateral trade, in response to Indian government’s decision to scrap the special status to Jammu and Kashmir. Pakistan also said it would not be sending its High Commissioner-designate to India.

The Pakistan National Security Council (NSC) called India’s move to revoke Article 370 as “unilateral and illegal” and Imran Khan directed the country’s armed forces to continue vigilance. Earlier, Khan also voiced apprehension that Pulwama-like attacks could follow the Centre’s move, which could even trigger a conventional war between Pakistan and India.

India said the reasons cited by the Imran Khan-led government are “not supported by facts.” “The intention behind these measures is obviously to present an alarming picture to the world of our bilateral ties,” it added. It also said that the recent decisions taken in Jammu and Kashmir are driven by a commitment to extend “developmental opportunities” to the state that it was earlier denied due to a temporary provision in the Constitution.

Pakistan exploited the lack of developmental opportunities to generate disaffections and “to justify its cross-border terrorism.”

Annulling the special status would ensure an end to the “socio-economic discrimination and ensure an upswing in economic activity and improve the livelihood prospects of all people of Jammu and Kashmir,” it said.

Sources said the suspension of bilateral trade will have minimal impact since there is very little trade between the two countries. The official bilateral trade is worth $2 billion, although informal trade takes place via Dubai and other Middle-East countries and is estimated to be $6 billion.

Pakistan Prime Minister Imran Khan yesterday chaired a crucial meeting of the National Security Committee (NSC), attended by top civil and military leadership, during which it was decided to downgrade the diplomatic ties with India over what it called New Delhi’s “unilateral and illegal” move to revoke the special status of Jammu and Kashmir.

It was also decided to suspend the bilateral trade and review the “bilateral arrangements”.

In a tweet following Imran Khan’s meeting with the National Security Committee, the Pakistan government listed the steps in its plan.

“1-Downgrading of diplomatic relations with India. 2-Suspension of bilateral trade with India. 3-Review of bilateral arrangements. 4-Matter to be taken to UN, including the Security Council. 5-14th of August to be observed in solidarity with brave Kashmiris,” the tweet read. The meeting was attended by top civil and military leadership, a statement issued by Khan’s office read.

After the meeting, Pakistan expelled Indian high commissioner Ajay Bisaria. “Our ambassadors will no longer be in New Delhi and their counterparts here will also be sent back,” foreign minister Shah Mehmood Qureshi said in televised comments soon after the NSC meeting.

While India’s High Commissioner Bisaria was in Islamabad, his Pakistani counterpart Moin-ul-Haq was yet to take charge in New Delhi.

The Committee resolved to take the matter (abolition of the Article 370 by India) to the United Nations, including the Security Council, a statement said.

The Pakistani statement said that the country will observe this Independence Day on August 14 in solidarity with Kashmiris. “August 15 will be observed as Black Day,” it added.

Prime Minister Khan also directed that all diplomatic channels be activated to highlight the alleged human rights violations in the Valley. He also directed the military to continue vigilance, according to the statement.

Speaking in Parliament yesterday, foreign minister Qureshi said all bilateral agreements with India would be reviewed by a special committee already setup by Prime Minister Khan to suggest measures against Indian actions.

The foreign minister said that he might dash to China for consultations over the issue.

Pakistan lawmakers unanimously passed a resolution condemning “Indian action in Kashmir and pledging support for Kashmiris.” The resolution was adopted by the joint session of parliament after the lawmakers discussed the situation in Kashmir for two days.

The resolution reiterated the “strong conviction of Pakistan that the Jammu and Kashmir dispute would be resolved only through dialogue and diplomacy and in accordance with international law.”

Besides Pakistan, its strategic ally China has also opposed the government’s move to end special status for Kashmir through a presidential order. Warning that India should avoid “unilaterally” changing the status quo in Kashmir, China also expressed opposition to naming Ladakh a separate Union Territory.

New Delhi brushed off China’s argument, saying it was “an internal matter concerning the territory of India”.

The United Nations has said it was “deeply concerned” that the government’s move on Kashmir will “exacerbate the human rights situation in the region”. “The fact that hardly any information at all is currently coming out is of great concern in itself,” a spokesperson of the United Nations said.