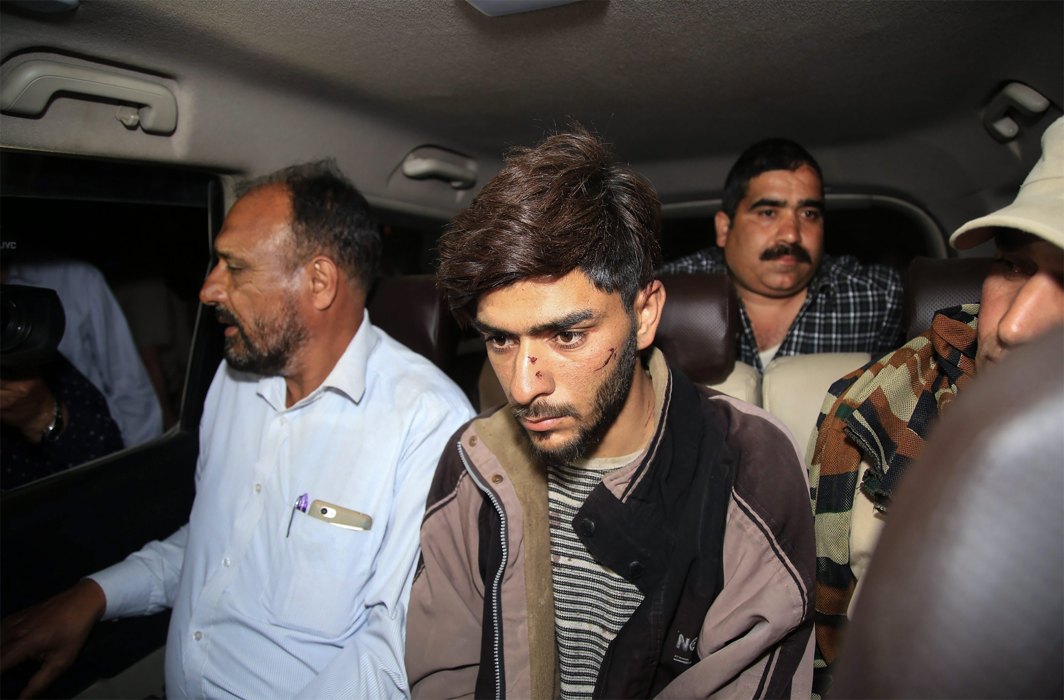 A suspected militant, who made an abortive attempt to target a CRPF convoy on Jammu-Srinagar highway on Saturday, was arrested

Monday and is being questioned, police sources said. The bomber said that he was asked over phone to explode the paramilitary vehicle.

The driver of the car has been identified as Owais Amin, a Hizbul terrorist from south Kashmir’s Shopian, Jammu and Kashmir police chief Dilbagh Singh said.

He has been picked up by the army. Eyewitnesses said he was seen jumping out of the burning Hyundai Santro on Saturday and running towards a nearby hamlet.

A CRPF vehicle had suffered slight damage when a Santro car went up in flames after an explosion at Tethar village, 7 kms from Banihal, shortly after a Jammu-bound convoy crossed the Jawahar Tunnel on Saturday.

The inspection of the vehicle and surrounding areas led to the recovery of an LPG cylinder, a jerrycan filled with petrol, gelatin stick, urea and sulphur — material which is used for fabricating the Improvised Explosive Devices (IED), police said.

Informing about the arrest, Dilbag Singh said, “The accused Owais Amin has been arrested within 36 hours of the incident. During interrogation, he confessed to the crime. He is a resident of Shopian.”

While speaking to the media surrounded by security personnel, Owais Amin confessed to his involvement in the plot. The Shopian resident said he was asked to target the convoy.
“I was asked on phone to explode the convoy. My task was to drive the car and press the switch. I pressed the button while I was in the car. I was alone when I did it,” he said, as per the confession video tweeted by ANI.

According to Sajad Sarwar, sub-divisional police officer (SDPO), Owais Amin has been booked under various Sections of Ranbir Penal Code (RPC), including 307 (attempt to murder), 120B (criminal conspiracy), 121 (waging or attempting to wage war, or abetting waging of war), 121A (conspiracy to commit offences punishable by section 121) and 124 (sedition), besides under the Explosive Substances Act and the Unlawful Activities Act.

“He was produced before the Judicial Magistrate (first class) Banihal Monday and sent to eight days police remand,” he added.

According to the officer, the security forces managed to arrest the suspect on the basis of description about his appearance learned during investigation.

CCTV footage as well as bruises which the suspect suffered on his face and other body parts while jumping out of the vehicle, also helped in locating him.

#WATCH Confession of the accused in the car blast in Banihal, Ramban, after his arrest, today. #JammuAndKashmir pic.twitter.com/H2ABl6oj8o

“The accused crossed the Jawahar Tunnel into this side in pursuit of the target after failing in his attempt in the Valley and finally tried to blow up the vehicle on this side,” Sarwar said.