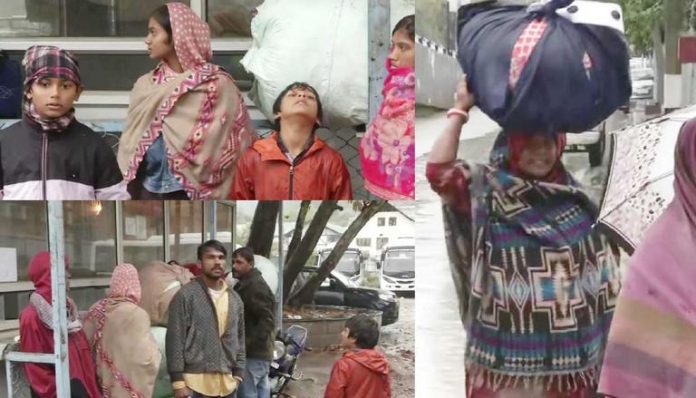 Recently, in the targeted killings, around nine civilians lost their lives and this made the non-local workers leave the valley.

A video is doing rounds on the internet in which a young non-local worker from Bihar was seen waiting at Srinagar railway station to take the train out of the valley. In the video, he said that he is leaving the valley because the situation is not good here. He also said that there is no one in his house who can work, he has an unmarried sister at home, and these people are killing them, and now they are leaving the valley.

The news agency ANI shared a tweet in which there were pictures of the migrant labours who were seen leaving from the valley to their hometown. A migrant worker from Rajasthan also said that the situation is getting worse in Kashmir and they are scared as they have children with them and hence they are going back to their hometown.

In other news, Pooja Bedi has tested positive for coronavirus after she chose to stay unvaccinated. Actor Alaya F’s mother Pooja Bedi shared the news with her fans through a video in which it can be seen that she is sick.

Facebook
Twitter
Pinterest
WhatsApp
Linkedin
ReddIt
Tumblr
Telegram
Mix
Previous articleDoctor checked other areas that were not connected with eye…: Neena Gupta recalls when she was molested by her doctor as a child
Next articleT20 World Cup 2021: India vs Pakistan match should be cancelled, says Giriraj Singh amid Kashmir civilian killings