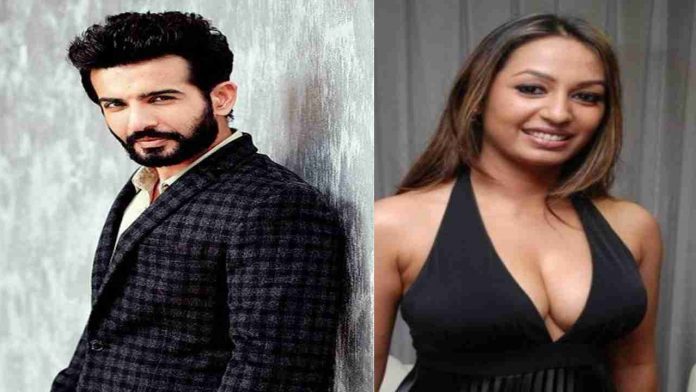 Bigg Boss 15 kick-started on October 2 and within just 2 weeks the show is hitting headlines for all the good reasons. From massive fights between contestants to the brewing love story between Meisha Iyer and Ieshaan Sehgal, the show has come to its true form already. Recently, BB 15 house has witnessed a massive fight between Jay Bhanushali and Pratik Sehajpal.

Breaking the primal rule of the house, the duo got into a physical fight and Jay used cuss words for Pratik. The popular TV host, Jay is being criticised for the same ever since. On multiple occasions, he has been spotted abusing his co-contestants.

Former Bigg Boss contestant Kashmera Shah reacted on the same and has backed the Kairi actor. Taking it to Twitter she wrote questioned BB fans that why are they always talking about Jay Bhanusali’s abuses as one of the most abusive contestants were in the top 3 last year. She also urged fans to be fair and lauded the season.

Well, we don’t know Kashmera’s tweet was directed towards whom but we are sure she is rooting for Jay Bhanushali.

Meanwhile, contestants Donal Bisht and Vidhi Pandya got evicted from Bigg Boss 15 in a mid-week eviction episode. The actors garnered fewer votes from the audience and cited that the duo is too nice to be in Bigg Boss.

This season, the innovative theme, Sankat in Jungle has divided the house into gharwasis and jangalwasis. Bigg Boss OTT contestants Nishant Bhatt, Pratik Sehajpal, and Shamita Shetty are enjoying the luxury of the house and new contestants Karan Kundrra, Tejasswi Prakash, Jay Bhanusali, Simba Nagpal, Afsana Khan, Akasa Singh, and others are playing as jangalwasis.

In other news, Sri Lankan sensation Yohani is to sing the Hindi version of the viral song Manike Mage Hithe for the Bollywood movie, Thank God.