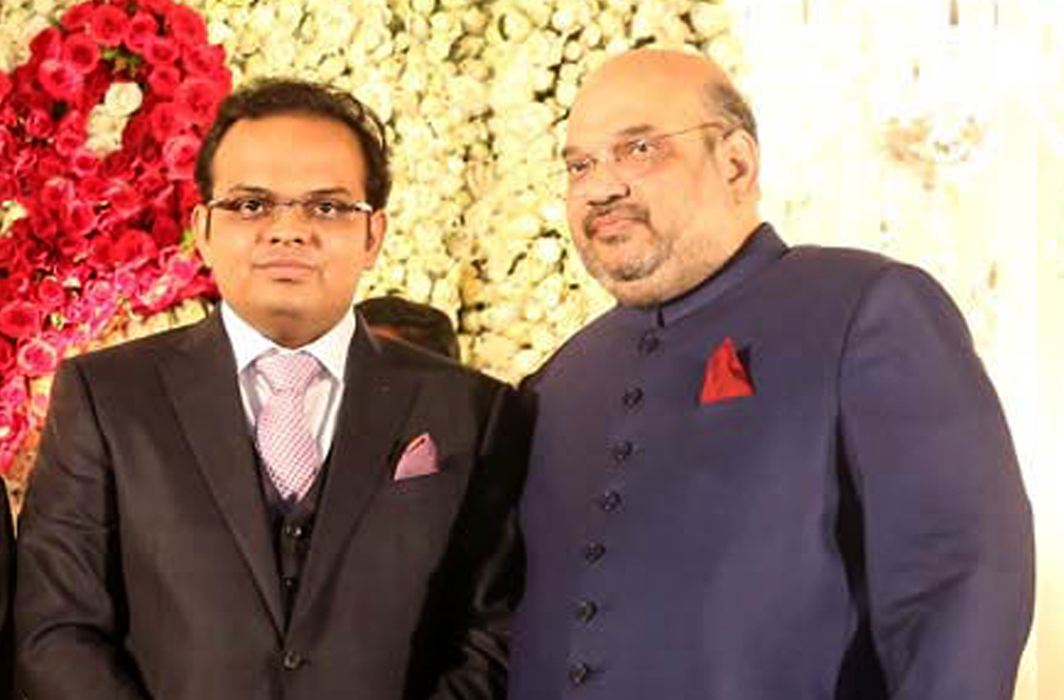 BJP President Amit Shah’s son Jay Amit Shah has released a statement (see below) saying that he will sue the author, editor (s) and the owners of the news portal The Wire for publishing  “an article titled ‘The Golden Touch of Jay Amit Shah’ authored by Ms Rohini Singh. The editor of the website is Mr Siddharth Varadarajan.”

Shah Jr also says in his statement: “The article made false, derogatory and defamatory imputation against me by creating in the minds of right-thinking people an impression that my business owes its ‘success’ to my father Shri Amitbhai Shah’s political connection”.

Amit Shah’ son also says that: “I have decided to prosecute the Author Editor/(s) and the owners of the aforesaid news website for criminal defamation and sue them for an amount of Rs 100 cores. Both the actions will be field at Ahmedabad, where I stay, on my business and where the cause of action has arisen.”

The Modi government has come to his defence with Union Railway Minister Piyush Goyal rebutting the charges against Jay Shah. Moreover, Additional Solicitor General (ASG) Tushar Mehta will represent Jay Amit Shah, son of BJP chief Amit Shah, in the criminal defamation case he has filed against news portal The Wire over its story that claimed his company’s turnover saw a huge rise after the BJP came to power at the Centre in 2014, said a PTI report.

Union minister Piyush Goyal said Mehta had sought Law Minister Ravi Shankar Prasad’s permission to appear for Jay and the approval was granted, according to the PTI report.

He also acknowledged that Tushar Mehta, the ASG, was cleared virtually straight away to handle Jay Shah’s case – on the same day that the government lawyer applied for sanction.

Goyal insisted that the purpose of the story was to defame the BJP and its government by making derogatory and defamatory imputations.

Asked about the Congress attack on the BJP over the claim that the government was in the know of the entire episode as the ASG was given permission even before the story appeared, Goyal said they were aware of the matter as the news portal had sent Jay a questionnaire.

“We believe that he (Jay) has been wronged and he must get justice. There is no harm if the best of lawyers appear for him. An ASG can appear in a matter between two private parties after taking permission,” he told reporters.

The report that the online portal The Wire was about business dealings of Shah Jr and his firm Temple Enterprise Private Ltd. The allegation in the article is of the firm’s turnover growing from Rs 50,000 in March 2015 to Rs 80.5 crore in 2015-16. It also talks about an unsecured loan of Rs 15.78 crore from financial services firm KIFS.

This, The Wire imputes, was illegal and beyond the inference of logical business growth. This was strongly and roundly denied by no less than the railway minister Piyush Goyal, who has said in a press briefing that this was “absolutely false, baseless, malicious, derogatory, defamatory and hollow.”

The issue has become a hot discussion point in political circles, while truth of the issue has not been verified. The Congress has asked for a CBI or ED investigation, itself in a corner in the Robert Vadra land scams.

Congress vice-president Rahul Gandhi has tweeted: “We finally found the only beneficiary of Demonetisation. It’s not the RBI, the poor or the farmers. It’s the Shah-in-Shah of Demo. Jai Amit”.

Jay Shah’s lawyer has written: “Jay Shah, Jitendra Shah and their associates invested share capital and unsecured loans in this company [Temple Enterprise]. Since working capital facilities were not available to a new business/company, interest bearing Inter Corporate Deposits (ICD) were taken from time to time from KIFS Financial Services Ltd., a registered NBFC, to run this business. Tax has been deducted on the interest paid (TDS) regularly and the principal and interest amount has been repaid in full.”